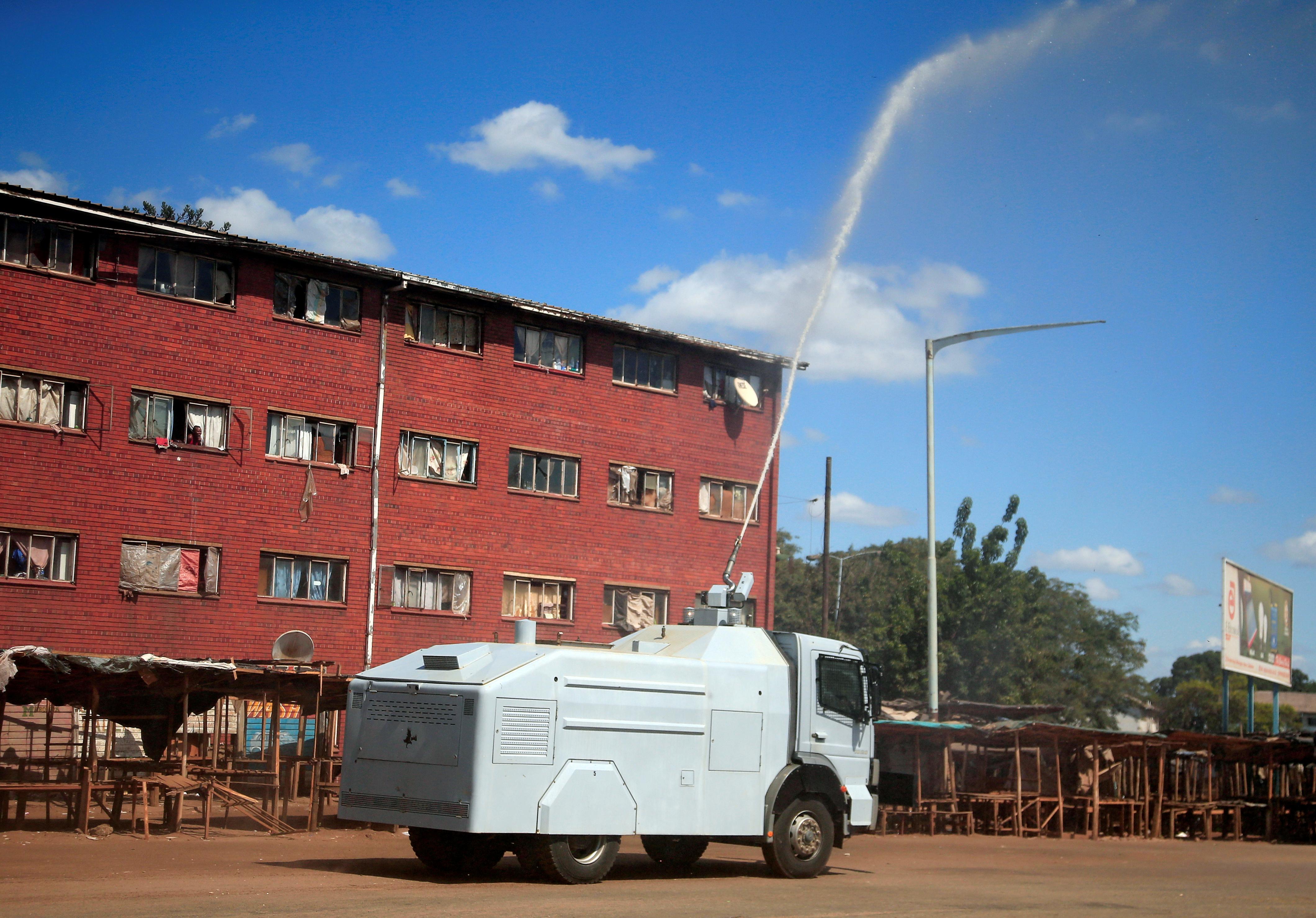 Zimbabwean police have a reputation for heavy-handed tactics against government opponents, including dispersing protesters with water. But spokesman and assistant commissioner Paul Nyathi said the force had partnered with authorities to use their cannon to clean highly-populated areas of the capital Harare.

Reuters witnesses saw water cannon spraying empty, informal markets in Mbare township near the city centre, as well as the exterior of a block of residential flats.

“This is what they are really meant for, not to deny citizens their freedom. Good work,” wrote @duchessmasiziba on Twitter, where President Emmerson Mnangagwa’s government often comes in for criticism.

Harare city council was providing chemicals, and bus stations and other townships would also be targeted, Nyathi told Reuters.

“Besides providing security for the nation, the police have decided to partner local authorities to (disinfect) certain areas taking advantage of the lockdown as we join the fight against the coronavirus,” he said.

Zimbabwe, which has recorded one death from nine cases of the COVID-19 disease, went into a 21-day lockdown on Monday, shutting most businesses and confining people to home.