Go back a decade, to a time when ‘YouTuber’ largely meant low grade prankster or teenage drama merchant, and those who made their living showing the beauty of our planet tended to be either writers or documentary film makers. Now they’ve been joined by a band of nimble small-time creators, who upload their travels to YouTube and can receive huge audiences in reward.

Drew Binsky, a 29-year-old American from Arizona with 2.3 million subscribers, is one of the most popular.

He spoke to Express.co.uk from Dubai shortly after returning from a road trip across Iraq “from Baghdad to Babylon”.

Drew explained he began as a blogger before moving across to different social media platforms.

He said: “I started as a travel blogger back in 2013 when I was teaching English in Korea then that evolved into social media, Instagram, Snapchat which was big back in 2015.

“I first made a video in 2017 when I went to North Korea and that video hit ten million views and that was kind of the moment when I stopped blogging and Snapchatting and put all my effort into video making.”

Drew is shooting a documentary about his quest to visit every country in the world, and is currently on 194 out of 197. 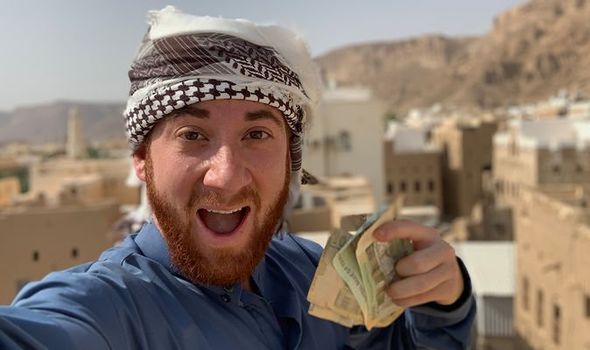 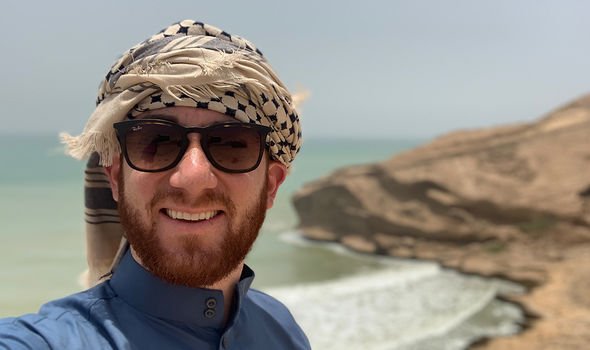 He hopes to visit the remaining three countries; Jamaica, Saudi Arabia and Palau, later this year.

Inevitably the coronavirus pandemic, and associated travel disruption, have been tough.

But the vlogger noted it also had a silver lining, transforming usually bustling landmarks it’s havens of tranquillity.

He said: “It’s been stressful to travel in general, all the flight cancellations and the paranoia and the getting Covid tested and all that, but there’s also a beautiful side of travel in that there’s not many tourists around.

“I had the pyramids of Giza all to myself. There’s practically no lines in airports.

“One of my biggest problems with tourism, I guess it’s more something to be aware of, is over tourism. Right now the world is just taking a nice break and bringing back the nature to how it should be.”

The heart of Drew’s videos, and doubtless one of their key appeals, are his interactions with locals. 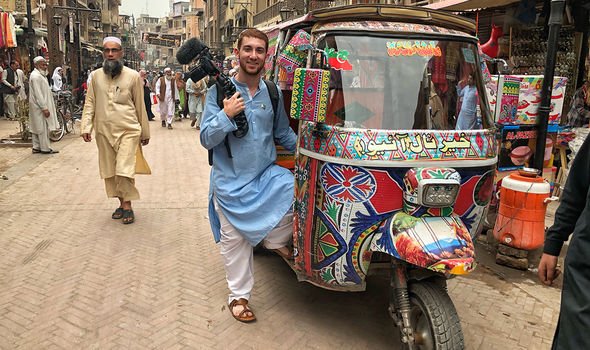 There is a focus on common humanity, no matter the cultural differences or political tensions, that runs as a theme through his content.

Drew explained: “For me the best thing about travelling is local people.

“I always try to meet local friends and before I meet them I connect with them through Instagram, I tell them I’m making videos do you mind being on camera? Almost always they don’t mind.”

Many of Drew’s videos include visits to local bazars, complete with market traders and street food peddlers.

In one of his most popular series he shows what $10 (£7.30) can buy in different countries.

These videos give a glimpse into the extraordinary economic development that has been taking place in parts of the developing world, in particular sub-Saharan Africa and Asia, which have enjoyed GDP growth rates most western nations can only dream of. 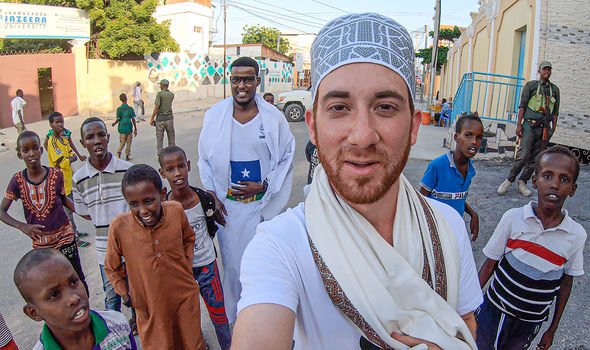 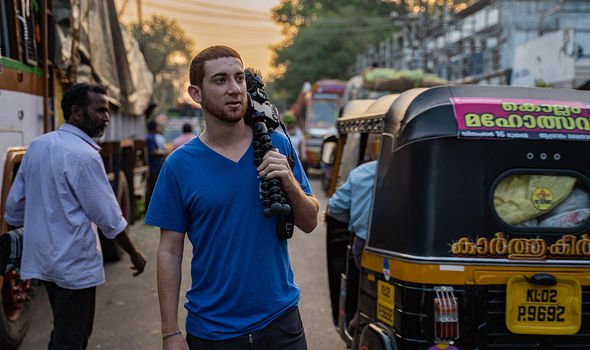 Drew explained his travels allow him to witness this transformation, which will inevitably have huge geopolitical consequences, in real time.

He commented: “The country of Tanzania where I was a few weeks ago has the fastest growing economy in the last ten years. Innovation, a lot of young technology, entrepreneurship.

“We walk around and there’s co-working spaces and all this stuff, in Nairobi as well, I can’t compare this to ten years ago because I didn’t travel to these countries ten years ago but I imagine even less, five years ago, that wasn’t the case.

“It is fascinating to watch the world become more globalised every single day. Obviously western countries are already at this level but it’s the ones behind who are catching up really quickly.”

Some of Drew’s most revealing content comes from areas few westerners dare visit, due to conflict, crime or tyrannical government.

Last year he completed a trip across southern Afghanistan, visiting the Taliban’s home city of Kandahar, and speaking to residents about what it was like living under a theocratic dictatorship.

Inevitably this produces security concerns, though the traveller reassured “most people are very very welcoming and open – it’s the one percent we’ve got to watch out for”.

Dr Hilary says we ‘have to be realistic’ about summer holidays

During his recent trip to Iraq, his first outside the relatively stable Kurdish north, Drew visited a bustling market in Tayaran Square.

The next day it was targeted by two suicide bombers, killing 32, with the ISIS terror group later claiming responsibility.

Drew explained that in order to stay safe, when visiting potentially dangerous areas, he tries to maintain as low a profile as possible.

He said: “If you have armed security it kind of draws more attention – people know you’re an important person.

“I usually do the opposite. I find a beaten down car, a 1975 Toyota, and just ride around with one local friend.

“I usually have a turban on or some kind of local attire.”

On what makes him stand out Drew added: “Not only as a white guy, it’s more the red hair because it’s so unique.

“Once you get into Syria and Afghanistan it’s very very common so that’s why I cover my hair usually.”

Many people dream of making a living travelling and Drew is able to so by allowing adverts on his wildly popular videos and agreeing sponsorship deals with select companies. 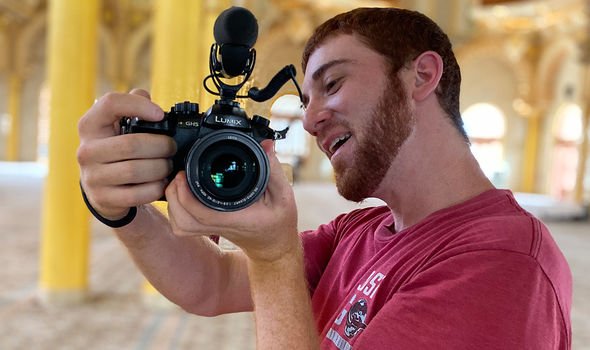 As you’d expect from someone who has managed to make passion and career intertwine, he is always on the lookout for new opportunities.

He said: “Facebook and YouTube are my main sources of income and then sponsored would be the next and then I’m about to roll out the Drew Binsky travel course where I’m going to give people every single tip I’ve learned from how to visit every country, how to book cheap flights, how to book accommodation, how to navigate cities, how to find local friends.

“I have merchandise that I’m about to roll out, a book on the way, there will be more ways to monetise but yes, ad revenue and sponsors are the two most right now.”

Drew, for one, believes there’s room for YouTube’s travel vlogging community to expand: “I’m always surprised that there’s not more of us because I guess anyone can do it but it really does take a lot of dedication and a lot of time, effort and energy and money up front to start travelling because travelling’s not free.

“I’m friends with them or I’m familiar with them and it’s not really that competitive.

“We’re all in this together and the way I see it is if one creator wins, if they get more audience, then I win because all of us creators are in a group together.”