Contagion’s arrival in the war-torn country comes after a unilateral ceasefire started to halt the virus’ spread.

Yemen has reported its first coronavirus case in a southern province, raising fears of catastrophic consequences in a healthcare system broken by five years of war.

“The first confirmed case of coronavirus has been reported in Hadramout province,” Yemen’s supreme national emergency committee for COVID-19 said on Twitter on Friday.

The committee, run by the internationally recognised government of President Abd-Rabbu Mansour Hadi, said the infected patient was in stable condition and receiving care.

The large southern province of Hadramout has seen some of the worst pockets of malnutrition and disease in the war-torn country.

Control of Hadramout has long been divided. Government forces backed by a Saudi Arabia-led coalition control the coastal towns, but parts of the interior remain in the hands of al-Qaeda fighters.

The committee said medical teams and concerned authorities had taken all necessary precautions and promised to release further details on the coronavirus case later Friday.

The victim was a Yemeni working in the port of al-Shihr, a local official told Reuters news agency.

Aid groups have warned that when the coronavirus does hit the country’s broken healthcare system, the impact is likely to be devastating.

Repeated bombings have destroyed or closed more than half of Yemen’s health facilities. Deep poverty, severe water shortages, and a lack of adequate sanitation have made the country a breeding ground for disease.

“The arrival of coronavirus in Yemen will be disastrous for many reasons, said Altaf Musani, representative of the World Health Organization in Yemen.

Tens of thousands of civilians have been killed over the past five years in the war between the coalition and the Iran-aligned Houthi rebels, who control large parts of Yemen, including the capital, Sanaa.

More than 24 million people in the country require humanitarian assistance, many of them on the brink of starvation.

The Saudi-led coalition announced on Thursday it would halt military operations for two weeks. But a Houthi spokesman said they will not stop fighting while the country is under siege.

“We will continue to fight and target their military installations and industrial sites since they continue with the siege. So we don’t consider it to be a ceasefire,” Mohammed al-Bukhaiti, a Houthi spokesman, told Al Jazeera on Thursday.

If the virus spreads in Yemen, the impact would be “catastrophic” as the health status of at least half the population is “very degraded” and the country does not have sufficient supplies, capabilities or facilities, said UN humanitarian coordinator Lise Grande.

Yemen has been mired in violence since the Iran-aligned Houthi movement overthrew the government in late 2014, prompting the Saudi-led coalition to intervene. The five-year-old conflict has killed more than 100,000 and pushed millions to the brink of famine.

Saudi Arabia is also scrambling to limit the spread of the disease at home. Its health ministry has reported more than 3,200 coronavirus infections and 44 deaths from the illness.

There are more than 134,000 confirmed cases of the coronavirus in the Middle East, including over 5,300 fatalities. Some 4,100 of those deaths are in Iran, which has the largest outbreak in the region. Authorities there have recorded more than 66,000 total cases. 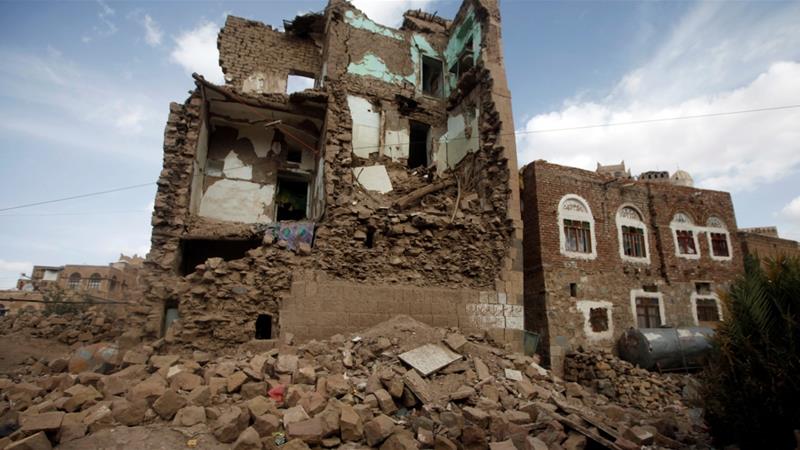 Will the Saudi-UAE-led coalition’s ceasefire hold in Yemen?