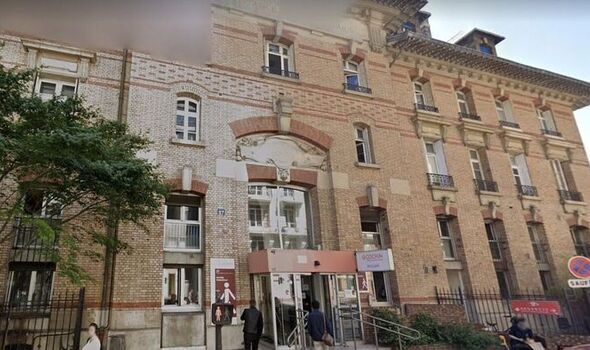 A woman was raped at a Paris hospital after another patient crept into her bed, French courts have heard. A nurse at Cochin hospital found the woman mid-attack in the early hours of October 28 while in emergency care for brain trauma. Her assailant, a 22-year-old known criminal with multiple identities, was reportedly awaiting deportation.

The victim was attacked after the man entered her hospital cubicle at 4am on October 28.

French media reported the attacker escaped into the night with her bank card.

Police quickly tracked down and arrested a suspect based on his victim’s description.

They have since charged the attacker with rape and uncovered his criminal past.

The suspected attacker had used multiple identities, two of which were subject to expulsion orders telling him to leave France.

French police officers have not identified the suspect.

The victim has since launched a complaint against Cochin hospital, citing the dangers posed to her life.

The complaint could lead prosecutors to request an investigation into the circumstances surrounding the rape.

Laura Abecassis, the victim’s lawyer, told a court the attack had left her doubly shaken as the assailant targeted her in a public place.

Ms Abecassis said the assault had left her client with a “double trauma” due to the “rape itself and the circumstances”.

She explained her client wished to understand how the assault “could have happened”.

She said: “She wants…to understand how these extremely serious acts could have happened like that in a public institution.”

The Paris hospital service confirmed a patient had suffered an assault on October 28.

But it did not offer comment on the ongoing investigation.