The US election is unlike any other election given it is taking place in unprecedented times with the global coronavirus pandemic prompting more than 101 million people to vote early. Election day took place on Tuesday, November 3, pitting incumbent Republican leader Donald Trump against Democratic challenger Joe Biden. But days later no winner has been declared – so when will the US election end?

Americans have been anxiously watching vote counts since polls closed across the US on Tuesday.

Several exit polls projected winners almost immediately, but in other states, it was warned results could take days even potentially weeks where high rates of early voting and postal ballots were recorded.

Therefore, as of Saturday, November 7, no winner has yet been announced.

Currently, six states have yet to announce their projected winner including Alaska, Arizona, Georgia, Nevada, North Carolina and Pennsylvania. 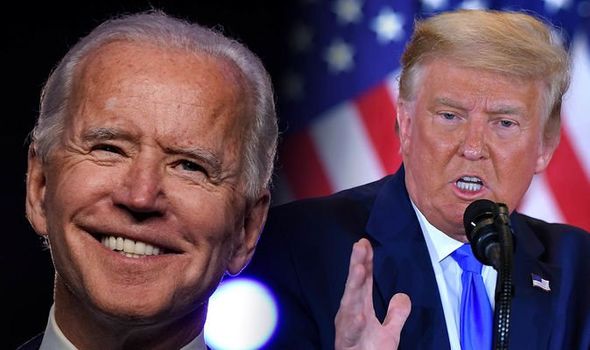 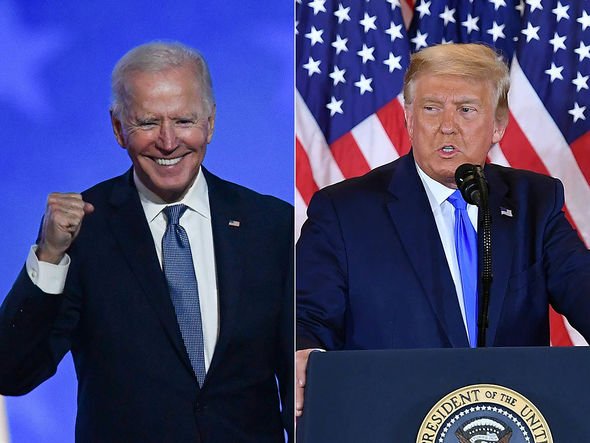 What do the vote counts in the six outstanding results suggest about the results so far? 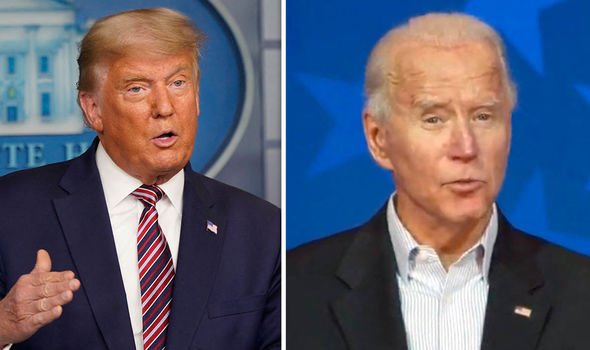 When are the results expected in each of the outstanding states?

Alaska has absentee ballots outstanding and the state does not allow for those to be counted until November 10.

This rule was established within the state, making it the last state to count its absentee ballots.

In Arizona, Maricopa County in Phoenix will post its next report at 11am ET (4pm GMT) with officials saying they expect nearly all early ballots to be counted at this point.

Only a small number of provisional and other ballots will remain outstanding.

In Georgia, there is a small number of absentee, provisional and overseas military ballots which remain uncounted, and the Secretary of State confirmed on Friday because of the small margin between the candidates there would be a recount.

In Nevada, the state accepts postal ballots until November 10 as long as they are postmarked by Election Day and officials in Clark County sent tens of thousands of ballots left to count.

The plan in the state is to release results twice a day going forward.

In North Carolina, postal votes postmarked by November 3 will be accepted until November 12.

In Pennsylvania, the vote tally is continually being updated and most votes were expected to be counted by Friday.

Philadelphia officials said it could take a few more days to complete the count in the county.

DON’T MISS
Electoral college map: Electoral votes counted – Who is the president? [MAP]
Who won the US election 2020? [INSIGHT]
US election results so far: How many votes do Biden and Trump have? [EXPLAINER] 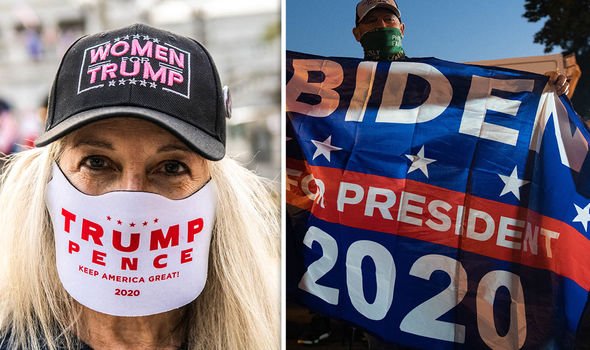 So far, the Republican President is trailing behind Mr Biden with 214 Electoral College votes.

In terms of the popular vote, Mr Biden is ahead with 50.5 percent of the vote equating to more than 74.3 million votes compared to Mr Trump’s 47.6 percent with more than 70.2m.

Either candidate needs 270 electoral votes to be named as the next President in the USA. 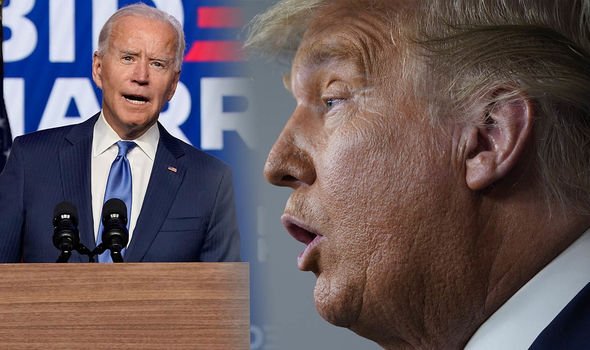 When will the US election end?

A record number of people decided to cast early ballots in the 2020 election.

This means the results will take longer than expected to be revealed.

US states have five weeks from November 3 to decide who won the presidential race in their state meaning December 8, which is the “safe harbour” deadline.

If states have not decided on their electors by this date, electors meet in their respective states to vote on December 14.

If a majority winner is not agreed by January 6, Congress decides the outcome in a contingent election.

The absolute deadline for deciding the US president is January 20, which is Inauguration Day.

The date is set in the US Constitution under the 20th Amendment enacted in 1933, so the president must be decided by that time.

What happens if the election is a tie?

In recent years no election in the USA has ended in a tie, but with 538 electoral votes available a draw is possible meaning each candidate would get 269 votes.

If the election results are still disputed and certain states can’t decide which candidate to give their electors to, then it would be up to the US Congress to step in.

If Congress has been unable to choose a winner by January 20 a line of succession is set out in the law.

First in line is the Speaker of the House of Representatives which is currently Nancy Pelosi.