Gov’t-mandated apps are bringing the fight against COVID-19 onto personal devices, prompting concerns about privacy. 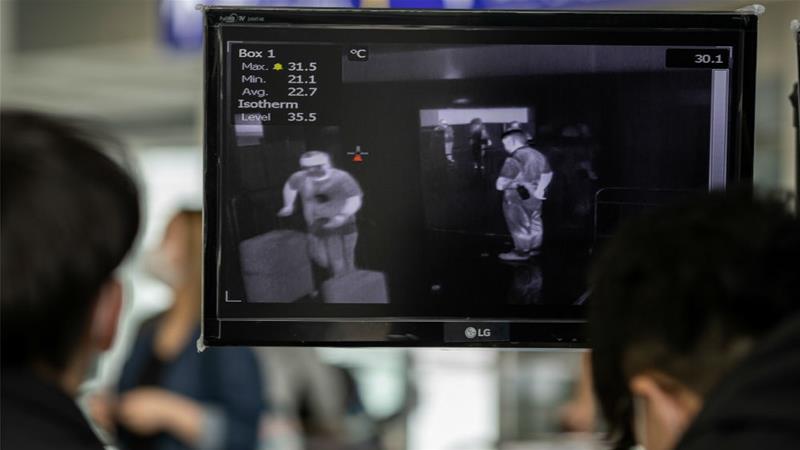 Hong Kong, China – As inbound travellers arrive in Hong Kong they are met with the new face of border security – the Department of Health.

In a bid to curtail a rise in COVID-19 cases, arrivals are tested, instructed to download a government mandated app – StayHomeSafe – and wear a wristband that is linked with the app.

As Hong Kong and other jurisdictions rush to contain the virus, a slew of technology is being deployed to monitor individuals’ movements. With police and military personnel also being used to enforce quarantines, curfews and social-distancing measures – one recent case in Kenya allegedly resulted in the death of a 13-year-old – the pandemic is encroaching on personal freedoms and privacy, giving the authorities powers some fear they may be reluctant to give up once the outbreak is over.

In Hong Kong, where the relationship with the government is already fraught as a result of the pro-democracy protests that began last year over a now-shelved extradition bill, measures that monitor citizens movements have been met with some concern.

While Chief Executive Carrie Lam told reporters the government had consulted the privacy commissioner during the app’s development, a front-line Department of Health staff member told Al Jazeera inbound travellers made to use the app had raised privacy concerns because they had little to go on regarding its use.

After receiving several complaints, Hong Kong’s chief information officer Victor Lam Wai-kiu apologised for the glitches in the system, but the government later released a statement saying that these issues had been resolved.

When Janis Wong, a doctoral researcher on privacy at the University of St Andrews arrived at Hong Kong airport on March 22, she was given a piece of paper containing information on the app, barred from leaving home until a certain deadline and given a hotline number to call.

Wong, whose academic interests include data ethics, says she was able to fill in her personal details and sync the app with her wristband as instructed.

But her concerns about data privacy were not resolved.

A screenshot taken by Wong shows that extensive Android app permissions were required. Android permissions are typically “lumped together in larger categories” and in order to enable certain functions, such as Bluetooth, a wider bracket of location permissions are switched on, she explained.

iOS, by contrast, requires individual permissions to be explicitly granted.

“With regards to StayHomeSafe, it is not clear what the storage permission is used for as I have not been asked to take images or upload images through the app,” Wong said. 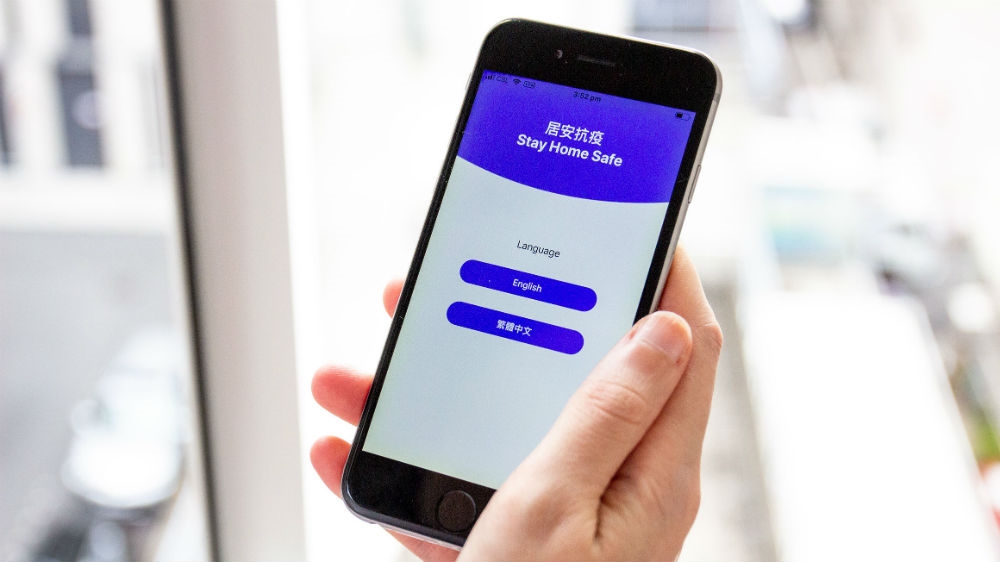 Developed by Gary Chan, a professor at the Department of the Computer Science and Engineering at the Hong Kong University of Science and Technology, the app maps a unique footprint of person’s locality. Should someone venture out beyond certain perimeters, an alert will be triggered. Chan has licensed the technology to his private company, Compathnion Technology.

Compathnion Technology did not respond to Al Jazeera’s request for comment.

Hong Kong is far from unique in using technology to monitor individuals under quarantine.

Over the border in mainland China, more intrusive surveillance measures are used. In February, a Chinese government-backed app that logs close contacts was launched. The app, which is registered using the person’s phone number also collects names and national ID numbers.

More recently, quarantine rules have tightened. Michael Smith, a China-based correspondent for the Australian Financial Review who is based in Shanghai says that when he returned from Hong Kong in February, he was allowed to leave his compound to shop and walk his dog. But after returning from overseas two weeks ago, the restrictions increased.

“I spent 24 hours after landing in Shanghai at a coronavirus testing centre where we slept on chairs before being allowed to go home. We have an alarm installed on our door which we can only open four times a day to collect food and put out garbage,” Smith said.

While in Hong Kong some individuals have been caught for flouting quarantine orders, in China comparatively fewer people have been apprehended.

“China’s home quarantine rules were easy to breach back in February but in March people in quarantine are monitored by the police, security guards and their neighbours,” Smith said. But despite the intense surveillance there, there is little doubt that there have been many under-reported breaches given the size of the population, he says.

In South Korea, which according to the Pew Research Center, has the highest proportion of smartphone ownership in any advanced economy, the country has declared “war” on the outbreak. Overseas travellers who do not download a government-mandated quarantine app are barred from coming in.

In some countries, including South Korea and China, apps have also been developed to map outbreaks and alert the public to avoid areas with large clusters of cases.

As countries race to monitor and contain the outbreak, experts say human rights are at serious risk.

Marcus Michaelsen a senior postdoctoral researcher at Vrije Universiteit Brussel who focuses on digital surveillance and repression against transnational activist networks says that for now, many are prepared compromise on their civil rights in order to contain the pandemic. And by and large, people are prepared to put up with intrusive surveillance methods because of the current climate of fear regarding COVID-19.

“In Germany, for instance, a number of people even demanded a curfew when they saw that others still continued meeting and even partying in public parks,” Michaelsen said. “Therefore, it’s not difficult to imagine that people will also readily give up their right to privacy in order to allow for measures to track and monitor the spread of the virus, in the hope to get back to the normal life they had before.”

Rights advocacy group Privacy International has called the roll-out of emergency laws, mandatory tracking and various other surveillance tools an “assault on people’s liberties unprecedented in its global scale”. 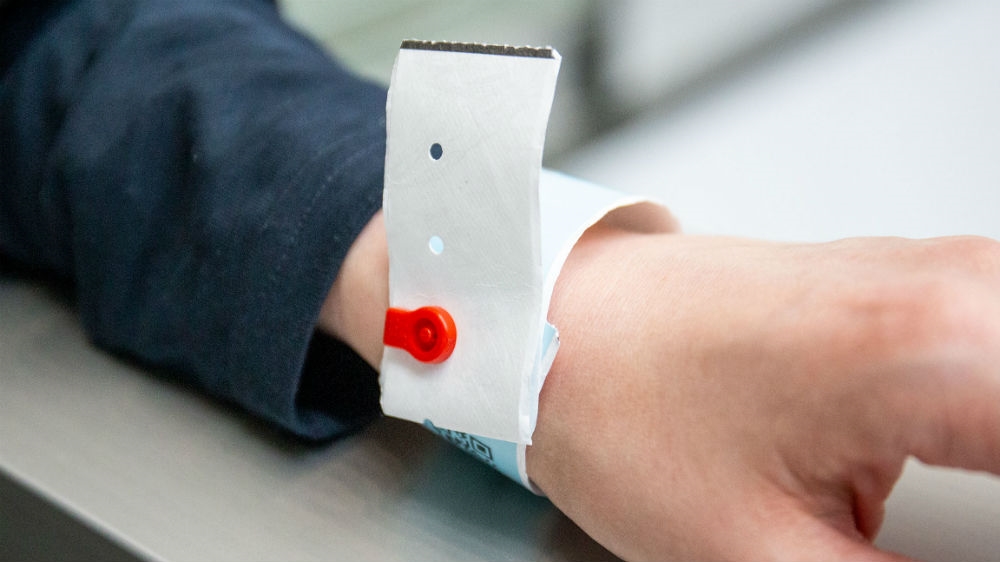 Advocacy director Edin Omanovic says that while many measures are based on the advice of health experts and some “well-designed apps based on consent are relatively harmless” and effective, it is vital to make sure they are based on evidence and need and respect data protection laws.

There should be no place for apps that are effective but overstep people’s civil rights, he says.

“You could also force someone to quarantine by aiming a sniper sight at their head, but that doesn’t mean we should celebrate the utility of snipers in responding to the crisis,” Omanovic said.  ” There are far less intrusive alternatives which don’t undermine people’s safety and empower unaccountable government units.”

A key concern held by many human rights groups is that such measures may be something of a Trojan Horse, normalising future surveillance and setting the stage for politically motivated use further down the line.

Erik Baekkeskov, a senior lecturer in Public Policy at the University of Melbourne, told Al Jazeera that two factors often seen in public policy-making could work in tandem so political power can be consolidated.

“One is the window of opportunity presented by the crisis to create new policies that actually favour the leadership, its allies or its constituencies. COVID-19 is enabling leaders in many countries to enact policies in the name of responding to the disease that they would not normally be able to get approved,” Baekkeskov said.

The other factor is institutionalisation, which allows such policies to stay in place even after the problems they were developed for have gone away. 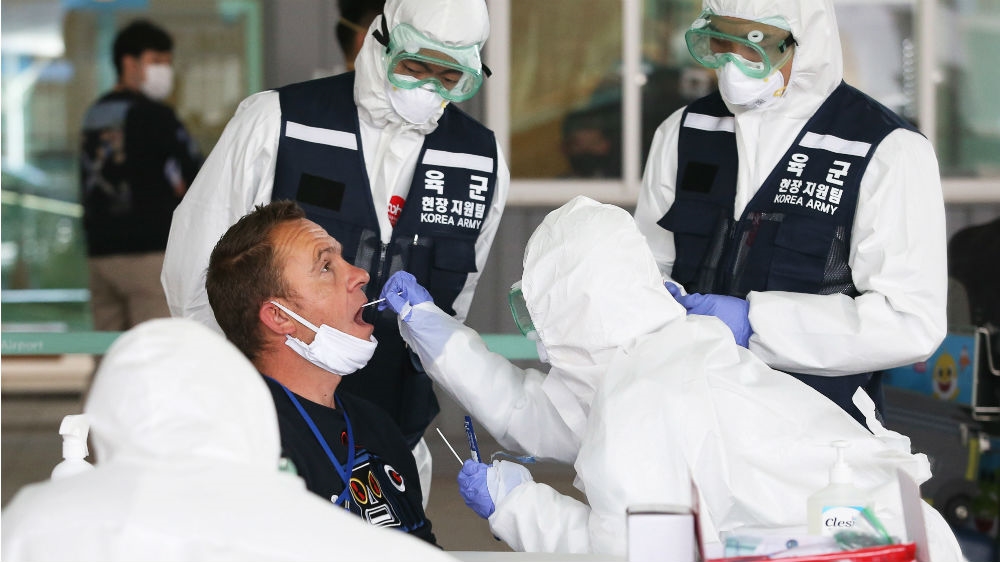 “Once new ways of doing things or new rules are in place, they can be difficult to change or remove – unless there are explicit sunset clauses written into the bills that contained them,” he added.

In Hong Kong, most of the frustration so far has been directed towards technological glitches.

One customer on the Google Play store dismissed the system as “rubbish like the government” while another said their grandmother could do better.

But Baekkeskov says the technologies used for surveillance could easily be deployed for other, more sinister purposes and the public would do well to be sceptical about them.

“Yes, they may help in fighting disease,” Baekkeskov said. “But they can easily be turned towards anyone who is in one way or another violating rules or norms put in place by rulers. Once they exist, it takes action and effort to eliminate surveillance and other tools used to control who is where, when and doing what.” 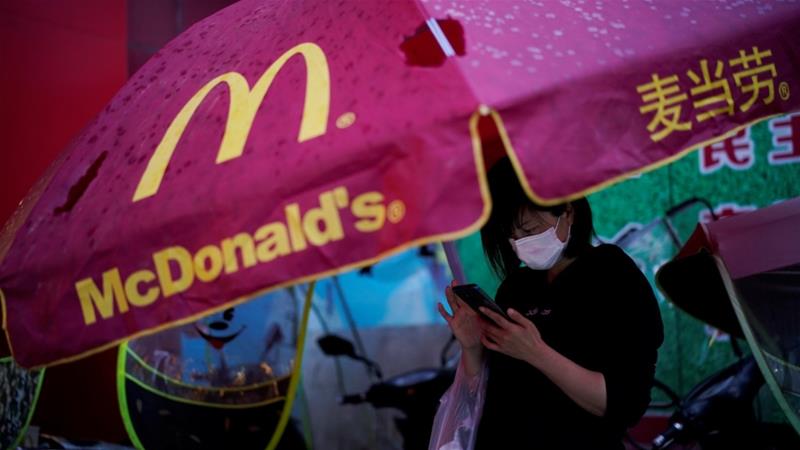 Coronavirus: Tracking the Outbreak, or Spying on People?