Gabriella Martinez told NBC News that she “tripped twice” and “bumped into a 95-year-old lady” as she frantically tried to flee the fatal shooting incident in Chicago, USA today during a July 4 parade. Ms Martinez said as she caught sight of the shooter, she tried desperately to “grab my daughter”, who “slipped out of my hands” before escaping to a nearby food store during a brief window where she thought “the shooter was reloading”.

Ms Martinez said: “As soon as the school’s marching band crossed by, because we were in the corner [of the parade], we started hearing what we thought were fireworks.

“I thought it was part of the parade but then literally in one second we started getting into a panic mode because as I turned, I saw one of the shooters above and aiming towards where we were.

“We ducked down. I tried to grab my daughter. She slipped out of my hands twice. The first thing we decided to do was run into Uncle Dan’s.

“I tripped twice because at that moment you don’t really know how to react or what to do so you just have to look for a place to hide. 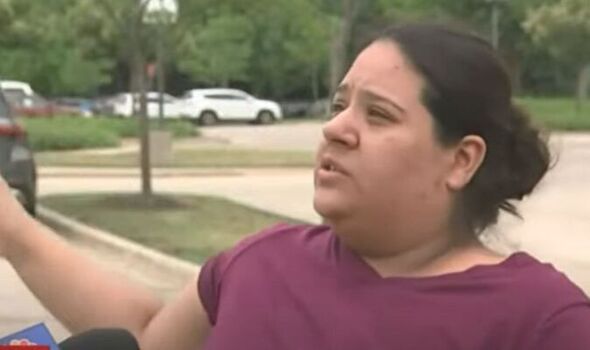 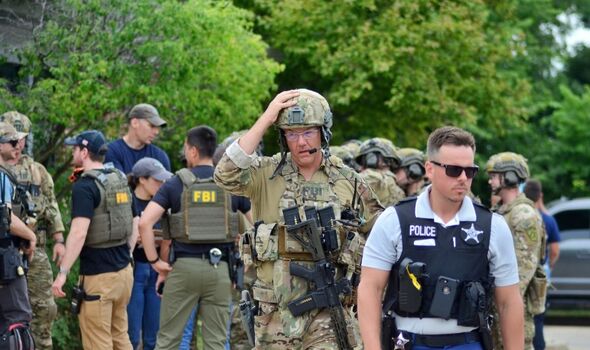 “People were just ducking down on the sidewalk but it really was not safe because the shooting was going on.

“And as soon as I got up again, because I thought [the shooter] was reloading, my legs were very shaky and I bumped into a 95-year-old lady.”

At least six people have been killed and at least two dozen injured as a man with a high-powered rifle opened fire from a rooftop at a Fourth of July parade in the wealthy Chicago suburb of Highland Park this afternoon, turning a civic display of patriotism into a scene of panicked mayhem.

Officials told a news conference that six people were killed and 24 taken to hospital, and that a rifle was recovered from the scene. A hospital spokesperson reported 31 people were injured. 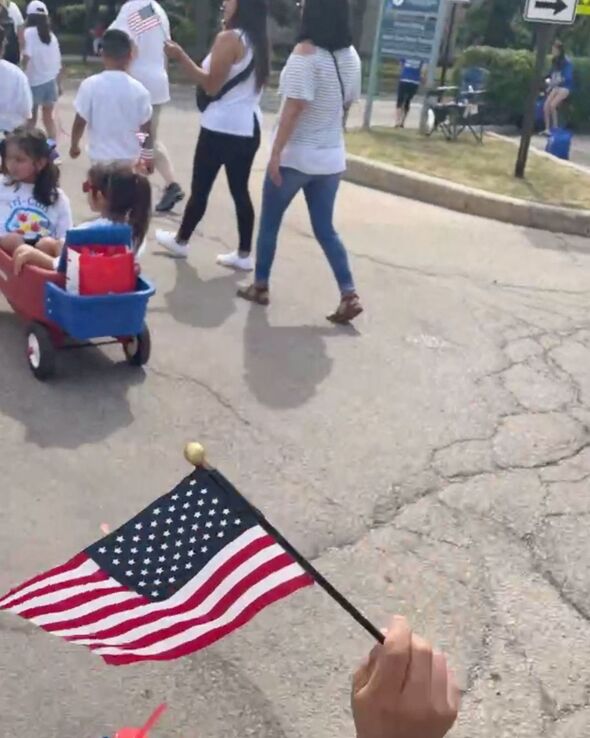 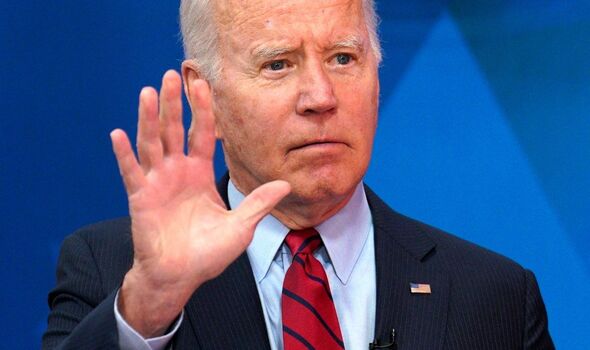 The police are still looking for the shooter, who appears to have evaded capture. Police said they are searching for a white male about 18 to 20 years old and asked the public for tips and cellphone images and surveillance video to help find him.

The sheriff’s department spokesperson Christopher Covelli said: “We are aggressively looking for the individual responsible. He could be in the city; he could be somewhere else.” 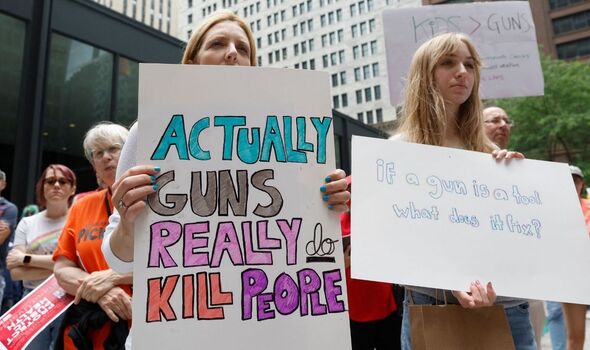 Children waving American flags, riding tricycles or enjoying a ride in a wagon pulled by adults froze as people in the crowd screamed while gunshots rang out, according to a video posted on social media.

One cellphone video recorded what sounded to be about 30 rapid shots, a pause, and then another roughly 30 shots. Between the two bursts, a woman can be heard saying from the side of the parade route: “My God, what happened?”

US President Joe Biden said in a statement following the incident: “Jill and I are shocked by the senseless gun violence that has yet again brought grief to an American community on this Independence Day.

“I have spoken to Governor Pritzker and Mayor Rotering, and have offered the full support of the Federal government to their communities. I also surged Federal law enforcement to assist in the urgent search for the shooter.”

READ NEXT: Two dead and many wounded as ‘several shots fired’ in Oslo
US gun row as British journalist told to ‘go back to your country’
China to conduct live-fire shooting exercise after ‘Taiwan war’ leak
Police swoop to seal off large area after shooting in Liverpool
Shooting leaves man fighting for his life in south London