Thomas “Tad” Lincoln was the fourth and youngest son of the former President, who was renowned for preserving the Union and abolishing slavery. In 1861, when Mr Lincoln was elected President, seven-year-old Tad was known to be impulsive and unrestrained. He never attended school during his father’s lifetime and had free reign of the White House.

Tad apparently brought his ponies into the White House, as well as his pet goats Nanny and Nanko, who even slept in bed with him.

The youngster was also known for interrupting presidential meetings and charging visitors to see his father.

After his brother Willie died of Typhoid fever in 1862, his parents became even more lenient with his behaviour and he spent almost all his time with his father.

On April 14, 1865, 12-year-old Tad went to the Grover’s Theatre to see the play ‘Aladdin and the Wonderful Lamp’, while his parents went to see ‘Our American Cousin’ at Ford’s Theatre. 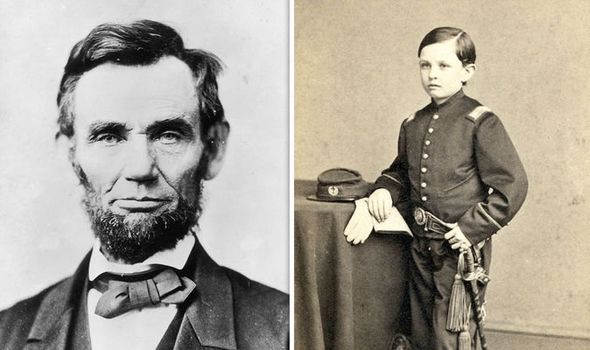 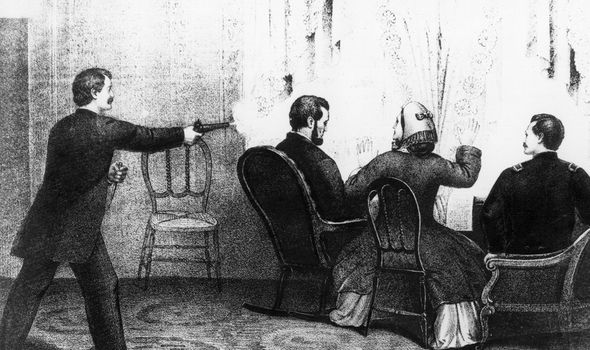 That night, the President was shot by John Wilkes Booth and died the next day.

He later said: “Pa is dad. I can’t hardly believe that I shall never see him again.

“I must learn to take care of myself now. Yes, Pa is dead, and I am only Tad Lincoln now, little Tad, like other boys. I am not a President’s son now. 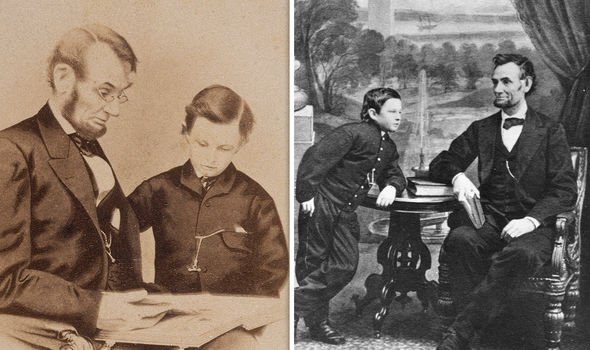 “I won’t have many presents anymore. Well, I will try to be a good boy, and will hope to go someday to Pa and brother Willie in Heaven.”

After the assasination, Tad returned to Chicago with his mother and brother Robert, where he went to school, and the family later moved to Germany and England.

Tad died aged 18 from an illness variously referred to as tuberculosis, a pleuritic attack, pneumonia, or congestive heart failure.

While inviting goats into your bed can safely be described as a strange habit, other Presidents and their families also kept unusual pets. 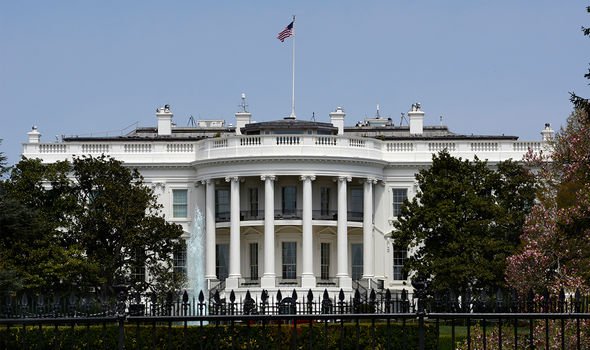 Geroge B W Bush also had a penchant for livestock and had a longhorn cow at this Prairie Chapel Ranch.

Lyndon B Johnson kept lovebirds and John F Kennedy had a whole menagerie of animals including a canary called Robin, parakeets named Bluebell and Marybelle and ducks, whom his five-year-old daughter Caroline raised as ducklings in the White House.

Caroline’s ducks were later sent to Rock Creek Park after ongoing conflicts with one of the Kennedys’ many dogs.

Calvin Coolidge had a racoon named Rebecca, who was intended for a Thanksgiving feast, but First Lady Grave had a tree-house built for her instead, and they even got a male companion for her called Reuben, although he soon escaped.

At one point they also had a wallaby, a type of antelope called a duiker, a black bear from Mexico and Pekin Ducks, which were all eventually sent to the zoo.

Warren Harding had a pet squirrel named Pete and a canary called Petey. 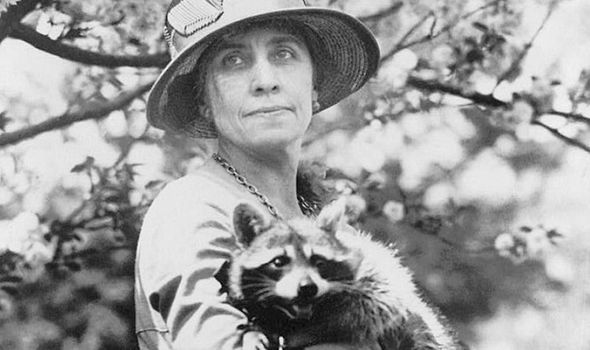 Woodrow Wilson had a flock of sheep, numbering 48 at its peak, who kept the White House lawn trimmed “in the most economical way”, the wool being sold to benefit the Red Cross.

Theodore Roosevelt had a laughing hyena, which was a gift from Emperor Menelik II of Ethiopia, a barn owl, a one-legged rooster, a pig called Maude, a lizard called Bill the Lizard, and a garter snake called Emily Spinach.

On top of these bizarre pets, most US Presidents throughout the years have had dogs and many have had cats.

Meanwhile, Donald Trump is the first President in 170 years not to have any pets in the White House at all.