US proposes power-sharing transition gov’t for sanctions relief in plan experts say unlikely to be accepted by Maduro. 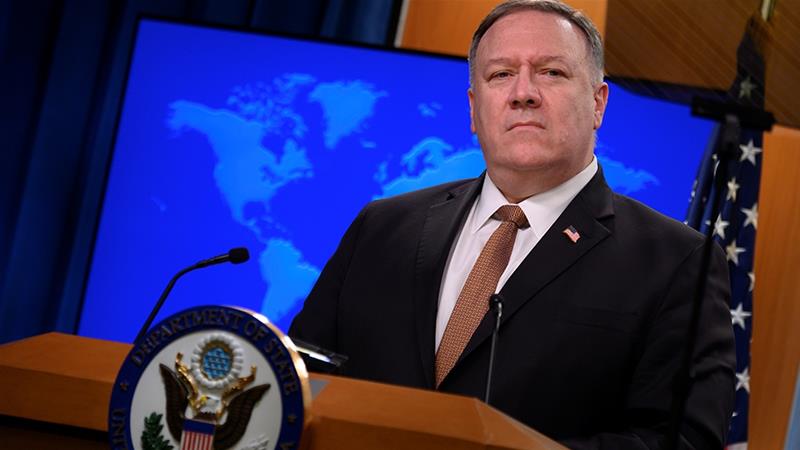 The Trump administration on Tuesday unveiled a proposal for the lifting of Venezuela sanctions in exchange for the creation of a power-sharing transitional government made up of members of the opposition and President Nicolas Maduro’s Socialist Party.

With the South American nation squeezed by low world oil prices, a spreading coronavirus pandemic and a US economic pressure campaign, Washington shifted its approach aimed at promoting new elections as soon as this year to end the political crisis there.

Secretary of State Mike Pompeo formally announced the administration’s “Democratic Transition Framework” for Venezuela, which offers for the first time a “sequenced exit path” from tough US sanctions, including on the vital oil sector, if Maduro and his allies cooperate.

But it will be no easy task to draw Maduro onto a path of political reconciliation. He holds onto power despite the escalation of US efforts to remove him and has shown no willingness to seriously negotiate an end to his rule.

The initiative comes less than a week after the US government took a more confrontational tack, indicting Maduro and more than a dozen other current and former top Venezuelan officials on charges of “narco-terrorism”, accusations he dismissed as false and racist.

Maduro’s staying power has become a source of frustration for President Donald Trump, US officials have said privately. Maduro retains the backing of the military, as well as Russia, China and Cuba.

But the Trump administration hopes an energy dispute between Russia and Saudi Arabia that has contributed to the plunging price of oil – Maduro’s main financial lifeline – and the growing coronavirus threat will help make Maduro and his loyalists more pliable.

“The regime is now under heavier pressure than it has ever been,” US Special Representative for Venezuela Elliott Abrams told Reuters News Agency. “Maybe this pressure will lead to a serious discussion within the regime.” 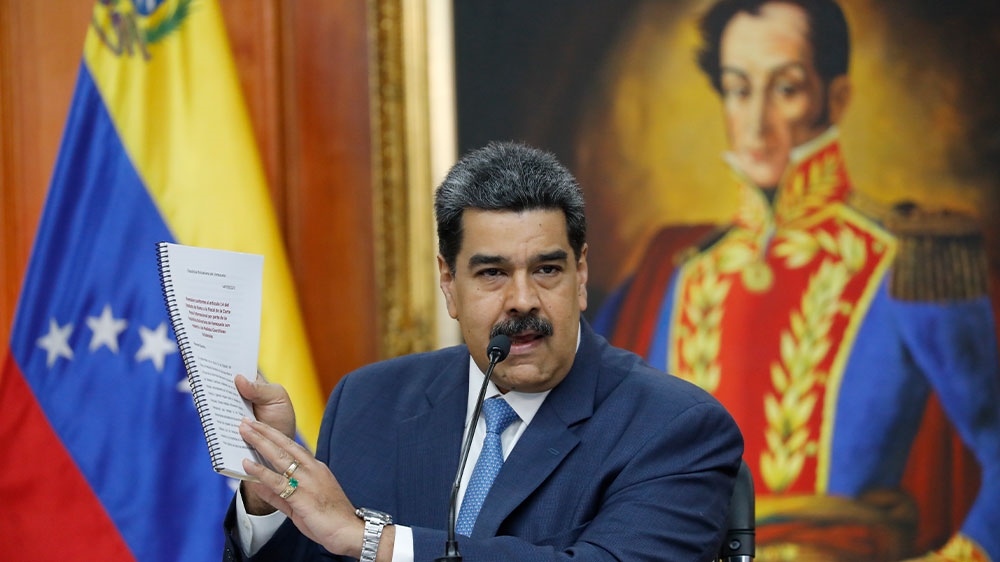 The US proposal, which Abrams said was approved by Trump, calls for Maduro to “step aside” and for the opposition-controlled National Assembly “to elect an inclusive transitional government acceptable to the major factions”. This council of state would govern until it oversees elections, which Pompeo said the United States hoped could be held in six to 12 months.

But in what appears to be a softening of tone towards Maduro, Abrams told Reuters the plan did not call for him to be forced into exile and even suggested that he “could theoretically run” in the election.

“If the conditions of the framework are met, including the departure of all foreign security forces,” Pompeo told reporters, “then all remaining US sanctions would be lifted.”

Maduro’s government did not immediately comment on the US proposal. Maduro has previously accused the US of supporting the opposition’s attempts off a “coup”.

The US and dozens of other governments currently recognise opposition leader Juan Guaido as Venezuela’s legitimate leader. Guaido invoked the Constitution last year to declare himself interim president in a move Maduro labelled as an attempted coup.

Meanwhile, the standoff between Maduro and Guaido has only grown more tense in recent days.

Maduro’s chief prosecutor on Tuesday summoned Guaido to testify after one of the individuals indicted on drug charges said he signed a contract with the opposition leader and his American “advisers” to buy US assault rifles for a planned coup against Maduro.

Guaido’s team said he has never met the general, who subsequently surrendered to officials and was taken to the US from his home in Colombia where he had lived since 2018 despite having been previously sanctioned by the US for drug smuggling. 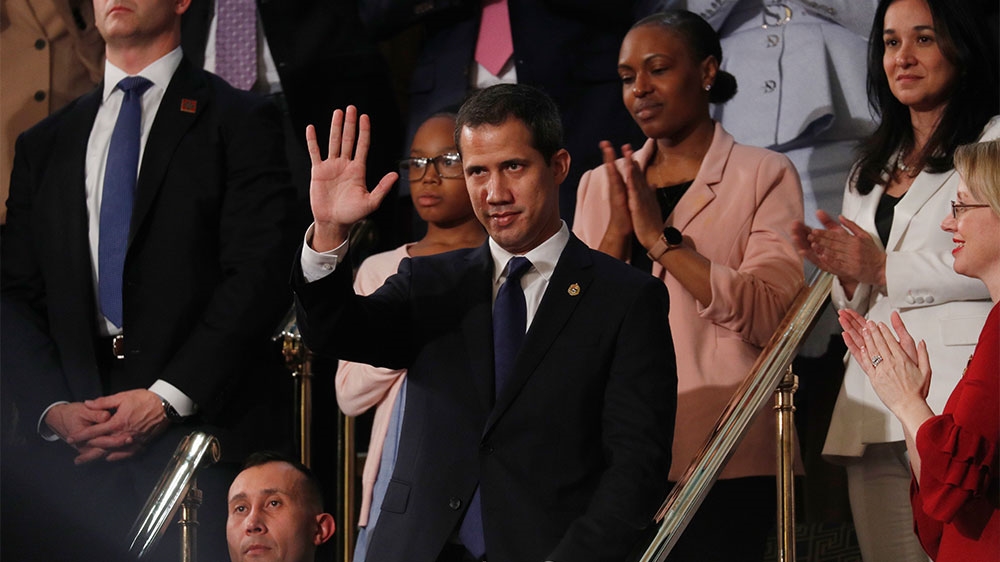 Still, any power-sharing arrangement is unlikely to win Maduro’s support unless the thorny issue of his future is addressed and he’s protected from the US justice system, said David Smilde, a senior fellow at the Washington Office on Latin America. While Venezuelans are protected from extradition by Hugo Chavez’s 1999 constitution, the charter could be rewritten in a transition, he said.

“It’s a little hard to see how this is going to be convincing to the major players in the government,” said David Smilde, a senior fellow at the Washington Office on Latin America. “They seem to think the military is going to step in, but that seems extremely unlikely.”

A senior administration official said Monday that the US is willing to negotiate with Maduro the terms of his exit even in the wake of the indictments, which complicate his legal standing. But recalling the history of General Manuel Noriega in Panama, who was removed in a US invasion after being charged himself for drug trafficking, he cautioned that his options for a deal were running out.

For his part, Guaido called on Saturday for the creation of a “national emergency government”.

He said international financial institutions are prepared to support a power-sharing interim government with $1.2bn in loans to fight the pandemic. Guaido said the loans would be used to directly assist Venezuelan families who are expected to be harmed not only by the spread of the disease but also the economic shock from a collapse in oil prices, virtually the country’s only source of hard currency.

The spread of the coronavirus threatens to overwhelm Venezuela’s already collapsed health system while depriving its crippled economy of oil revenue on which it almost exclusively depends for hard currency.

The United Nations said Venezuela could be one of the nations hit hardest by the spread of the coronavirus, designating it a country for priority attention because of a health system marked by widespread shortages of medical supplies and a lack of water and electricity.

But with the already-bankrupt country running out of petrol and seeing bouts of looting amid the coronavirus pandemic, calls have been growing for both the opposition and Maduro to set aside their bitter differences to head off a nightmare scenario.