The incident occurred over international waters, the US Navy claims, and involved a US Navy P-8A Maritime Patrol and Reconnaissance Aircraft from US Sixth Fleet. The US Navy said that its aircraft was intercepted by two Russian Su-35 fighter jets which flew closely alongside it next to either wing.

The Russian interception lasted a total of 64 minutes, the US Navy said.

In a statement, it claimed that the Russian action was “unnecessary” and “irresponsible”, and that it could have led to a mid-air collision.

It said: “The unnecessary actions of the Russian Su-35 pilots were inconsistent with good airmanship and international flight rules, and jeopardised the safety of flight of both aircraft.

“While the Russian aircraft was operating in international airspace, the interaction was irresponsible. 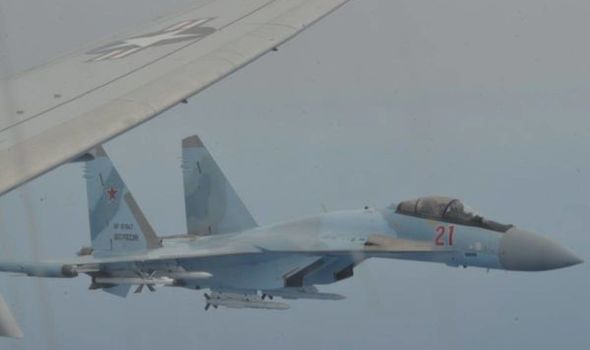 “We expect them to operate within international standards set to ensure safety and to prevent incidents, including the 1972 Agreement for the Prevention of Incidents On and Over the High Seas (INCSEA).”

The US Navy has uploaded two videos to YouTube documenting the incident.

A photo was also uploaded by the US Navy, though it appears to be zoomed in slightly which makes the jet’s distance hard to judge. 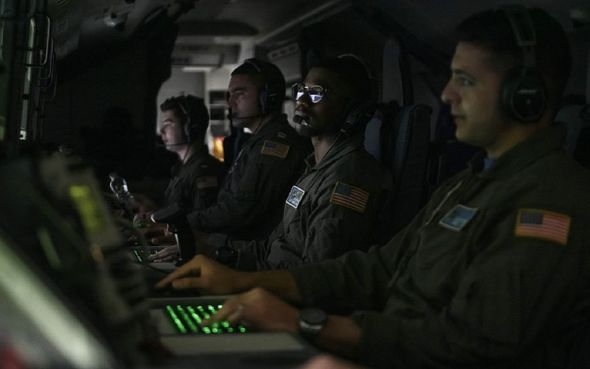 The photo’s caption states that the proximity of the Russian jets to either wing of the US plane was enough to be “restricting the P-8A’s ability to safely maneuver”.

The US Navy claims that this incident follows two other occasions in April, when Russian fighters again flew in what it described as an “unsafe” manner when interacting with US Navy aircraft over the same waters.

It issued a statement regarding one of the incidents that occurred on April 15, when a Russian fighter flew upside-down in front of a US plane.

This report again involved a US P-8A Poseidon aircraft and a Russian Su-35. 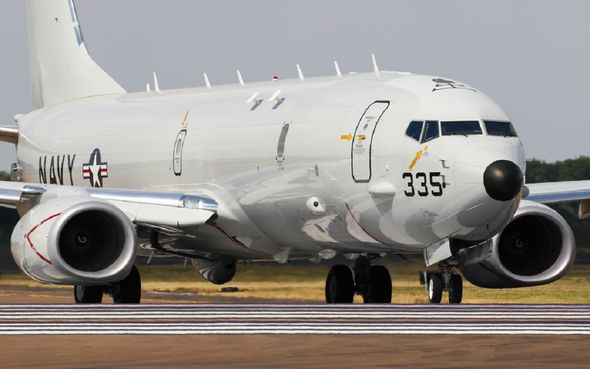 In that particular case, the Russian jet reportedly conducted a “high-speed, inverted manoeuvre” at a claimed distance of 25 feet directly in front of the P-8A.

“Inverted” flight typically refers to flying whilst upside-down, suggesting the possibility that the Russian aircraft was putting on a display of some sort.

The US Navy said that the move “put our pilots and crew at risk” and that the crew reported turbulence caused by the fighter jet’s wake. It added that this interception lasted around 42 minutes.

The other incident occurred on April 19, yet again involving an Su-35 and a US P-8A. 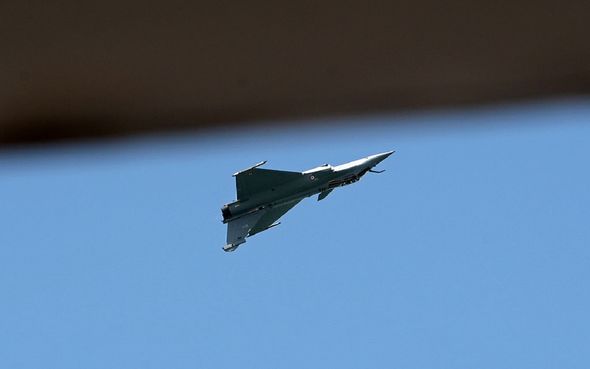 This time, the Russian fighter intercepted the US plane twice. The first time was deemed safe by the US Navy – the second time not so.

The statement claims that “the second intercept was determined to be unsafe and unprofessional due to the Su-35 conducting a high-speed, high-powered manoeuvre” around 25 feet in front of the P-8A.

It meant that the US plane was exposed to jet exhaust and turbulence from the Russian fighter, and had to descend in altitude to move away.

In all of the recent cases that the US Navy described, it insists that it did nothing to provoke the Russian activity.