Horrifying aerial footage has showed the escalating scale of the coronavirus crisis in the US, after huge mass graves in New York City could be spotted from space. The footage comes as New York state was confirmed to have more coronavirus cases than any single country, according to the latest figures. The images from New York City show workers in hazmat suits lowering themselves in huge pits as dozens of coffins are buried in mass graves.

The bodies are ‘unclaimed’ and belong to people with no next-of-kin or whose families are unable to arrange a funeral.

Hart Island has traditionally been used for the past 150 years as a burial site for bodies that go “unclaimed” by next-of-kin.

However, since the COVID-19 pandemic reached New York City, nearly 30 bodies are buried in the mass graves a day, five days a week, according to New York officials.

This comes as morgues and hospitals become overwhelmed with bodies, prompting the city to store dozens of them in refridgerated trucks.

JUST IN: Police officer tells dad he can’t sit in his own front garden 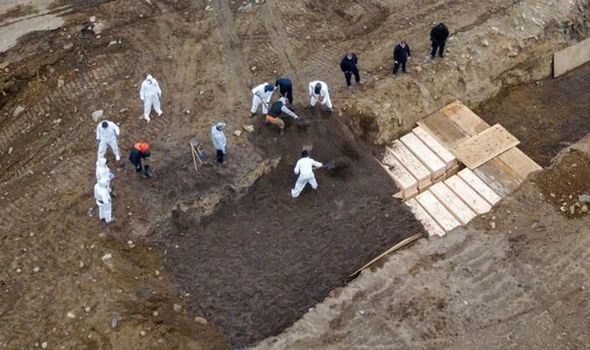 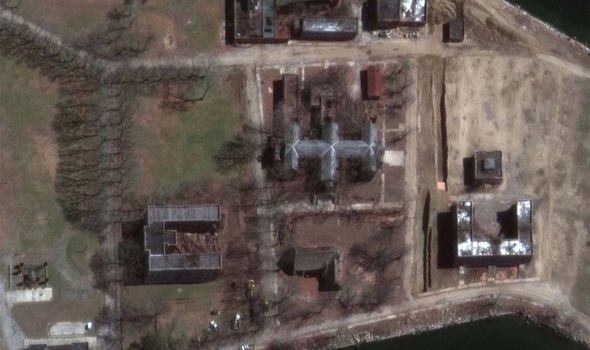 On Thursday, drone footage of the site showed around a dozen workers digging mass graves after at least one refrigerated truck containing bodies arrived.

The refrigerated truck was similar to those spotted outside hospitals across Manhattan as part of ‘makeshift morgues’ in the last week.

New York City Mayor Bill de Blasio suggested earlier this week that “temporary burials” might be necessary until the crisis had passed. 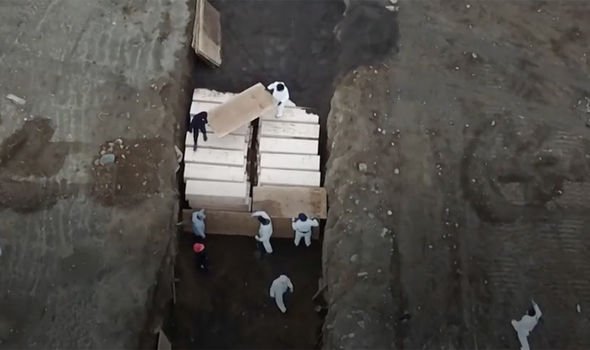 In New York City itself, 4,778 people have died from coronavirus and more than 87,000 have been infected.

Thursday saw 823 deaths within just 24 hours, marking it as the deadliest day of the pandemic in the city so far. 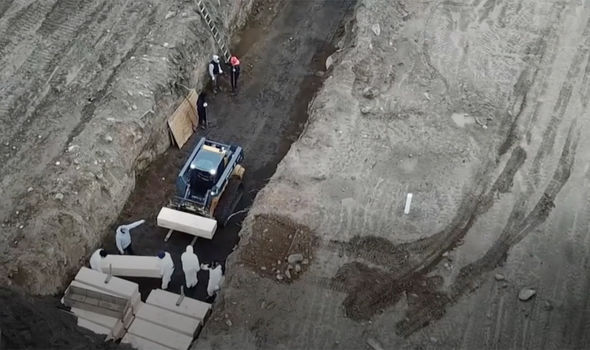 Governor Andrew Cuomo called the outbreak a “silent explosion that ripples through society with the same randomness, the same evil that we saw on 9/11”.

Dr Anthony Fauci, a key member of the White House’s coronavirus task force, said that the number of Americans who will die is less than they first anticipated.

He told NBC on Thursday that the final death toll figure “looks more like 60,000”.