US House passes bill authorising sanctions against Chinese officials over the mass incarceration of Muslim Uighurs. 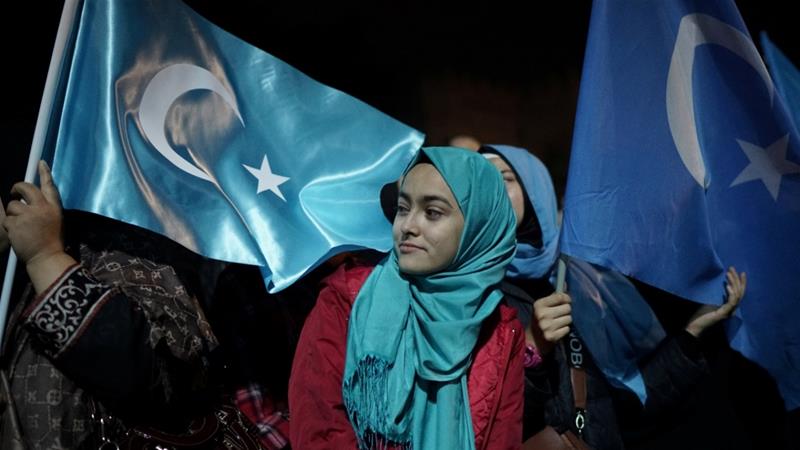 The US House of Representatives has overwhelmingly approved legislation calling for sanctions on Chinese officials deemed responsible for the oppression of Uighur Muslims, sending the bill to the White House for President Donald Trump to veto or sign into law.

The Uighur Human Rights Act passed by a 413-1 vote on Wednesday and came hours after Secretary of State Mike Pomp notified Congress that the administration no longer considered Hong Kong autonomous from China.

The bill calls for sanctions against those responsible for the repression of Uighurs and other Muslim groups in China’s Xinjiang province, where the United Nations estimates that more than a million Muslims have been detained in camps.

It singles out the region’s Communist Party secretary, Chen Quanguo, a member of China’s powerful Politburo, as responsible for “gross human rights violations” against them.

“Beijing’s barbarous actions targeting the Uighur people are an outrage to the collective conscience of the world,” Speaker Nancy Pelosi, a Democrat, told the house in support of the bill.

The message was bipartisan, with Michael McCaul, the top Republican on the House Foreign Affairs Committee, accusing China of “state-sponsored cultural genocide”.

Beijing is out to “completely eradicate an entire culture simply because it doesn’t fit within what the Chinese Communist Party deems ‘Chinese’,” McCaul said. “We can’t sit idly by and allow this to continue… Our silence will be complicit, and our inaction will be our appeasement.”

The near-unanimous support in Congress – the Senate passed the bill by unanimous consent – puts pressure on Trump to impose human rights sanctions on China.

Although Trump’s fellow Republicans in Congress said they expected he would sign the bill, the White House has not yet indicated whether he will do so. Aides did not respond to requests for comment.

Relations between Trump and China’s government have become increasingly tense in recent weeks as Trump has blamed Beijing for worsening the coronavirus pandemic.

“We urge President Trump to sign the Uyghur Human Rights Policy into law as a matter of priority and take immediate steps to implement it,” said Dolkun Isa, president of the World Uyghur Congress, in a statement.

“Our community needs the US government and governments around the world to take real, meaningful action, as is provided for in this act. After years of suffering and frustration, the Uighur people need hope.”

Uighur activists and human rights groups have countered that many of those held are people with advanced degrees and business owners who are influential in their communities and have no need for any special education.

People in the internment camps have described being subjected to forced political indoctrination, torture, beatings, and denial of food and medicine, and say they have been prohibited from practising their religion or speaking their language.

While China has denied these accounts, it refuses to allow independent inspections.

After an earlier version of the law passed in December, the Chinese foreign ministry accused the US of hypocrisy in its own “counter-terrorism” efforts.