The US has closed its consulate in Chengdu, China, in a tit-for-tat battle as tensions between the two countries escalate.

China ordered the US consulate to close in retaliation to last week’s forced closure of the Chinese consulate in Houston.

A statement from the US State Department said that the consulate suspended operations at 10am on Monday. 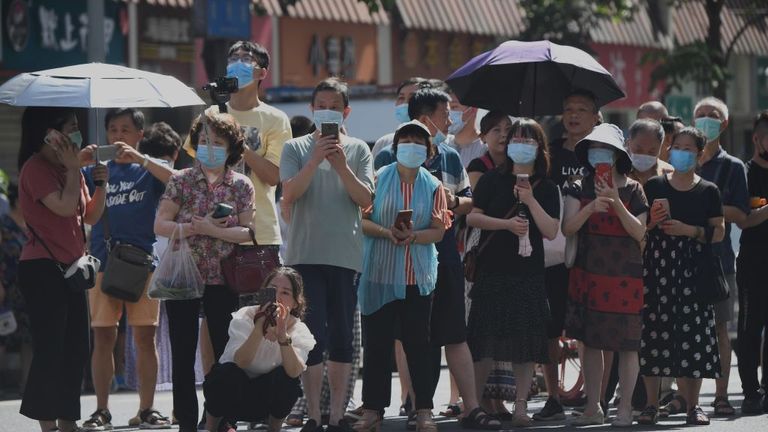 It expressed disappointment at China’s decision and said the US would try to continue its outreach to the region through its other missions in the country.

The statement added that the consulate in southwestern China “has stood at the centre of our relations with the people in Western China, including, Tibet, for 35 years”.

The consulate in Chengdu, in Sichuan province, is the westernmost of the five US consulates in mainland China.

The tit-for-tat closings marks an escalation in tensions between the two countries over a range of issues including trade, technology, security and human rights.

The Trump administration has also accused China over coronavirus, saying the pandemic was “preventable” and accusing the country’s ruling Communist Party of exploiting “this disaster to further its own interests”.

The US alleged that China was using the Houston consulate to spy and steal data from facilities in Texas, including the Texas A&M medical system. 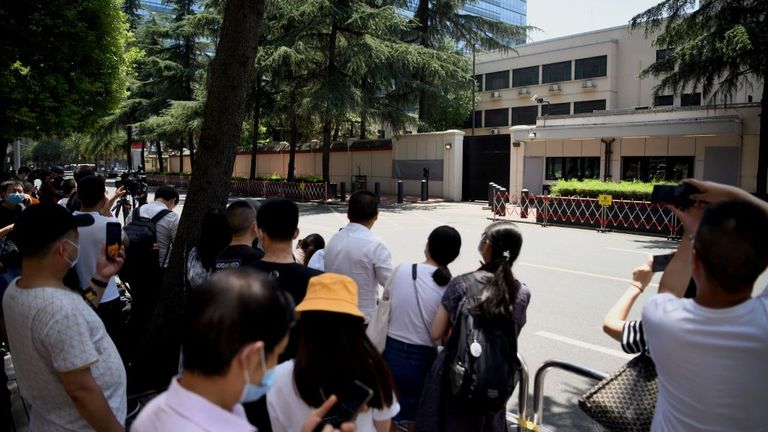 Moving vans arrived at the US consulate on Sunday afternoon and left a few hours later, while cars with diplomatic plates drove away from the area.

Late at night, flatbed trailers were seen entering the complex and one later emerged carrying a large shipping container and a crane. 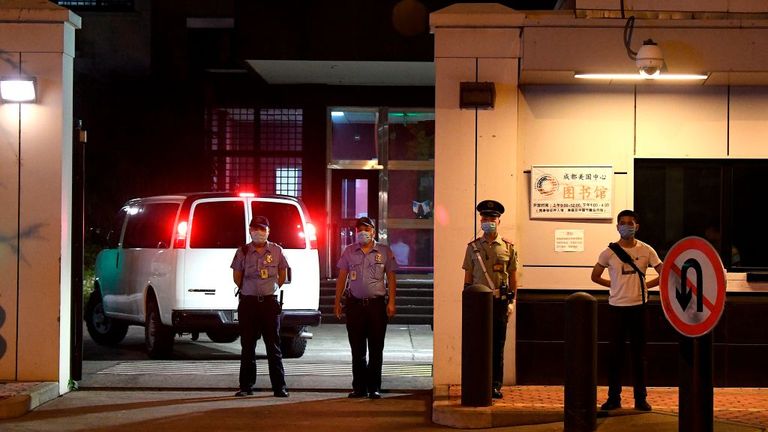 The impending closure of the consulate drew a steady stream of onlookers over the weekend as Chengdu found itself in the limelight of international politics, with people stopping to take selfies and photos.

Police shut the street in front of the consulate and set up metal barriers along the pavement on the other side of the road.