KIEV (Reuters) – Ukraine reached 10,000 coronavirus cases on Thursday as Health Minister Maksym Stepanov urged the public to be patient and not violate lockdown measures that have kept the country’s death toll far lower than in much of western Europe. 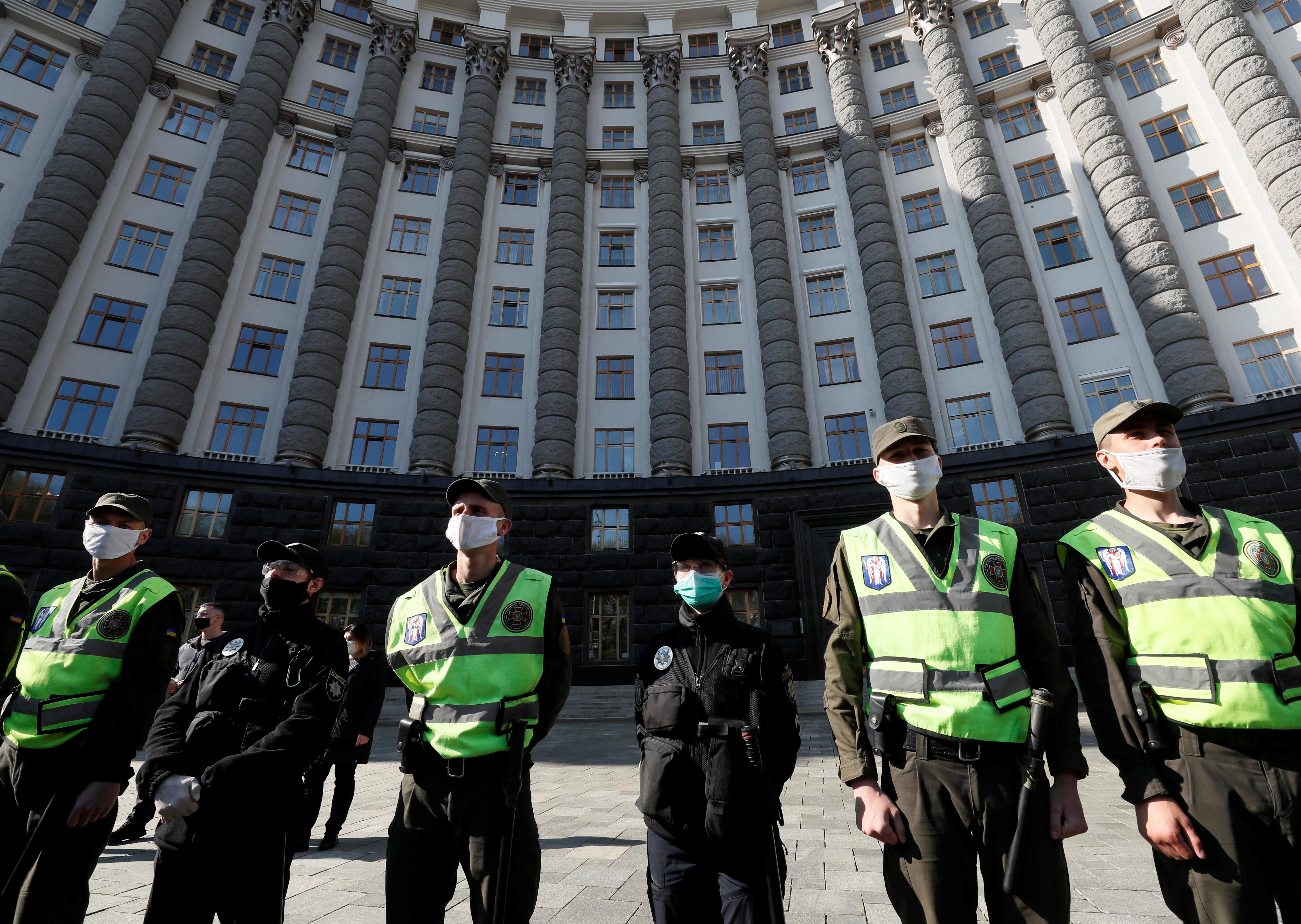 The government shut businesses such as cafes, restaurants, markets and cinemas last month, closed its borders to foreign citizens and shut down almost all air and rail travel, causing a spike in job losses.

Anger at the lockdown led to hundreds of businessmen protesting near the government building on Wednesday, while Stepanov also said more people were ignoring a ban on visiting parks.

Stepanov told a televised briefing that 261 people had died from COVID-19.

“But this is not the thousands that are happening in Italy and Spain. Quarantine was introduced very quickly (in Ukraine) and it was thanks to this that we managed to contain the situation,” he said.

“Thanks to the quarantine measures, we managed to avoid the peak incidence and peak load on the medical system.”

The government has extended the lockdown until May 11 and expects the pandemic to peak in Ukraine early next month. It is considering whether to open food markets back up in the meantime, with social distancing rules.

But there are growing signs of public impatience.

“What do we see in the last days? We see rallies, people on the streets, we see traffic jams, we see an increase in the number of people in parks. I understand that being in quarantine for five, six weeks is very difficult,” Stepanov said.

“When you go out to rallies or when you start violating the quarantine, don’t think about just yourself. Think about your loved ones whom you can infect by becoming infected at such events.”

The government had been particularly anxious to avoid a spike in new infections over Orthodox Easter on April 19, after a prominent monastery became an infection hotspot.

The pandemic is expected to tip Ukraine into recession this year, prompting the government to appeal to the International Monetary Fund for aid.

The government has allocated 6 billion hryvnias ($222 million) for payments to the unemployed and has increased its forecast for the unemployment rate this year to 9.4%.

A survey carried out by the Rating research group in early April showed 8% of Ukrainians had lost their jobs during the lockdown, and 29% had taken a vacation.