Warm weather has been appreciated by Britons around the country the past few weeks as many have not left their homes for non-essential reasons since early March. Exercise has been included in the list of exceptions to lockdown, and many have taken the opportunity to go outside to enjoy fitness in the balmy temperatures.

April has been an exceptionally warm month with temperatures averaging above 25C for this time of year.

24 degrees is set to be the temperature for today before the mercury plunges over the weekend and into next week.

Holidays have been cancelled due to the current lockdown, and many have been thankful for the sunnier skies of late. 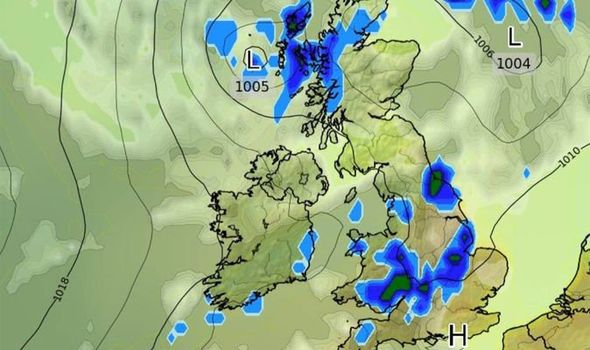 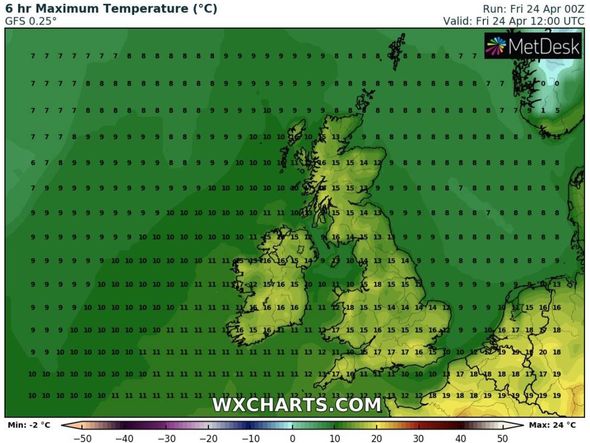 Those who have a balcony or garden have been making the most of the beaming sunshine.

Met Office meteorologist Craig Snell said: “For many of us tomorrow it’s another dry and sunny day with highs of 24.

“On Saturday, another largely dry day, but on the eastern coast and in the south-west of England and Wales we may see some cloud.

“This could trigger the odd shower, but they are expected to be brief.” 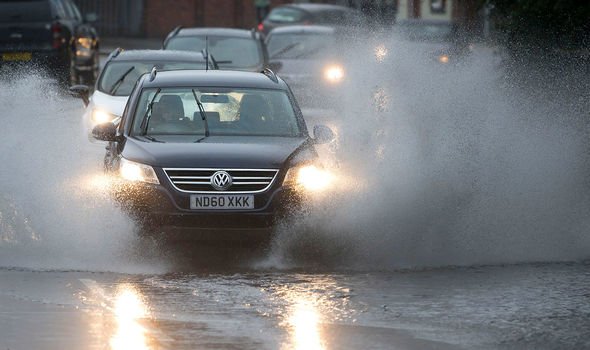 Temperatures will be around 22 or 23 degrees on Saturday

The Met Office website said: “Another fine, warm and dry day for most with some long sunny spells.

“Cloudier for some north and east coasts of Scotland, cooler here and along North Sea coasts. The chance of the odd shower in Wales.

“Tonight is dry for most but becoming increasingly cloudy for eastern parts with some fog patches possible. A little frost possible in the north as well. 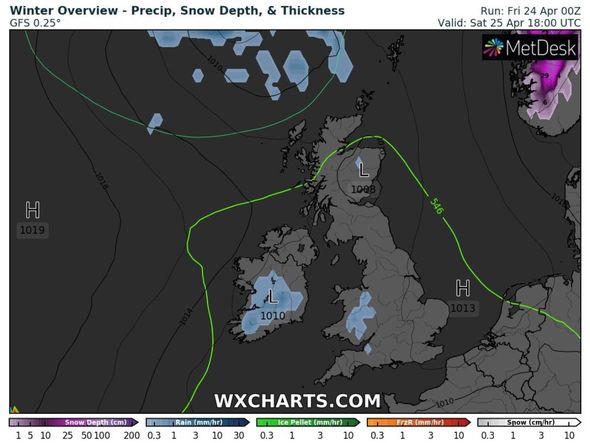 “Another fine day on Saturday for most with low cloud and fog in eastern parts clearing back to the coasts during the morning. A few showers likely to develop over Wales

“Dry and bright periods, though some coastal fog patches and also some showers for many areas. Warm in the south, cooler in the north.”

Mr Snell added: “Sunday will be the day it changes, temperatures will be slowly falling away from that point.

“We will see a band of showers working their way from Scotland to England during the day. 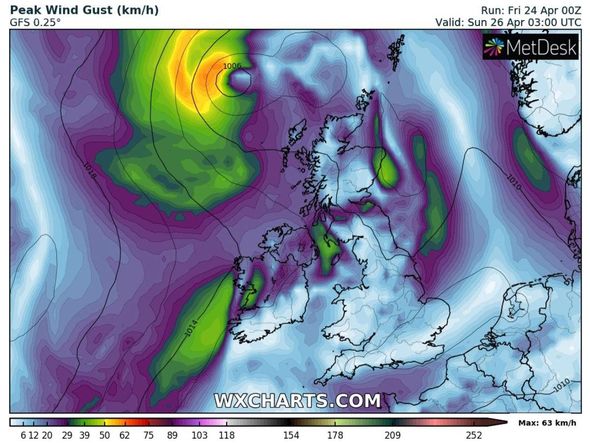 “London and the south-west won’t see showers until the evening.

“The further north you are, the sooner you’ll see showers. Northern England and Wales will have rain from about lunchtime.

“For some, this is the first spot of rain for a while. As the showers come, the temperatures will tumble.”

As for next week, showers will begin to roll in as the temperatures become cooler.