The UK has been experiencing a wave of tropical conditions as balmy temperatures engulfed the country from north to south. But the extreme heat sparked a series of thunderstorms that prompted the Met Office to issue a series of amber weather warnings urging Britons to be cautious about potential flooding. Met Office meteorologist Aiden McGivern told BBC Breakfast: “It’s certainly impossible to get a good night’s sleep at the moment whether it’s due to the humidity or the thunder and lightning.

“On their own, these extremes have often occurred throughout history and they will continue to occur.

“But with global warming and climate change, we are expecting more and more extremes to occur.” 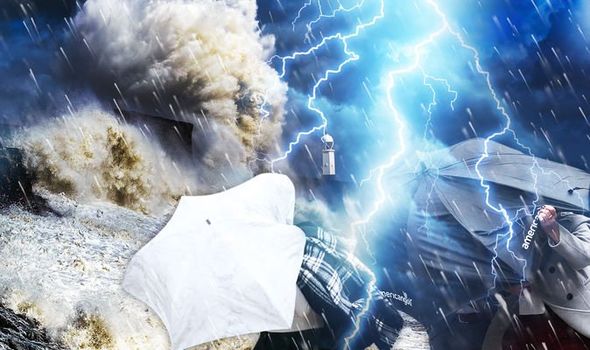 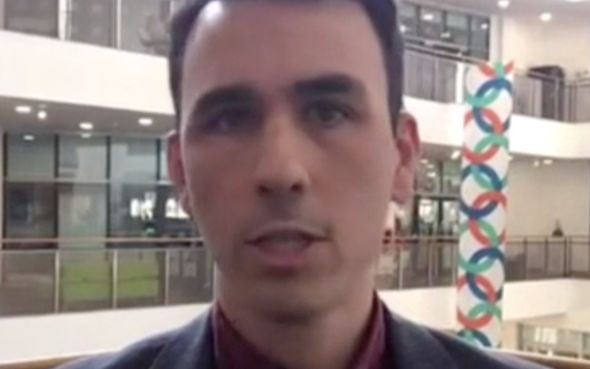 The warning is due to remain in effect until Monday, with the Met Office warning of businesses and homeowners of potential flooding.

The advisory added: “Where flooding or lightning strikes occur, there is a chance of delays and some cancellations to train and bus services.

“Spray and sudden flooding could lead to difficult driving conditions and some road closures.

“There is a slight chance that power cuts could occur and other services to some homes and businesses could be lost.”

BBC Weather forecaster Sarah Keith-Lucas however said temperatures are likely to return to average levels from next week after the long period of balmy conditions.

Ms Keith-Lucas said: “This morning here in London it is quite a warm and humid start.

“For many of us across the UK there will be a similar feel as well.

“We have got that humidity with us still through the day.

“There are further thunderstorms and heavy showers in the forecast today but most of them will be across the southern half of the UK.