Weather charts turn purple and show an icy polar wind funneling freezing air down from the Arctic. Cloud will build throughout Saturday prompting heavy showers for some. Although most locations will stay dry, with maximum temperatures tipping towards 25C.

With maximum temperatures in the UK lowering to 19C in the south, 9C in Manchester and as low as 2C in parts of Scotland.

An icy northerly wind will sweep across the country sending temperatures as low as -3C with potential for some wintry showers to go with it. 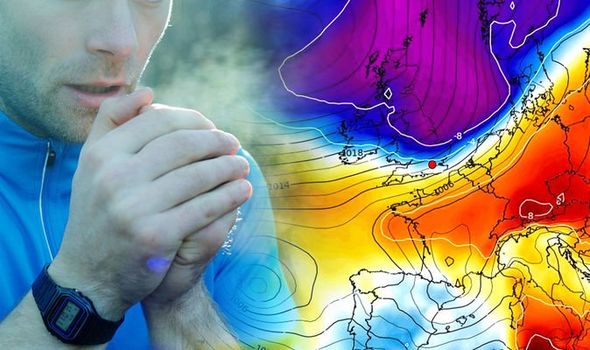 BBC forecaster Ben Rich said the biting breeze “will be the big player” in this coming weather system.

The meteorologist said: “This frontal system, a cold front, will sink its way southwards, introduce cold air for all of us.

“There will be the potential for some wintry showers.

“Although many places will stay dry through the weekend. 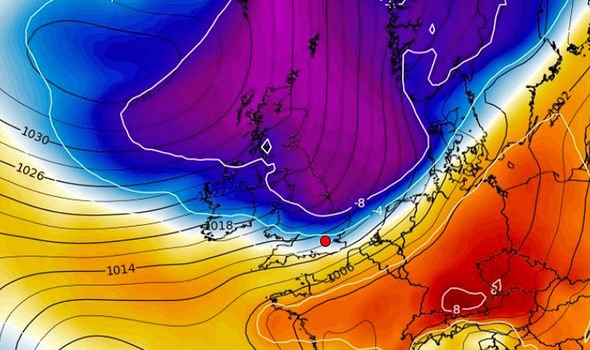 “And southern parts will get into the 20s again on Saturday.

“But the weather will feel much much colder for all of us for the second part of the weekend”.

By the early hours of Monday, nowhere in Britain will feel the warmth of the preceding week.

The coldest temperatures will be in Scotland.

Although the whole country will be dragged into this unseasonal cold snap, Met Office weather maps reveal.