Temperatures will begin to plummet this week, a break away from the mild and summer-like temperatures experienced in recent days. Only dustings of snow have been seen so far this year over some parts of Scotland and north Yorkshire, but the winter weather pattern is expected to spread widely throughout this week as Brits start getting a taste of real winter weather going into December.

Forecasts from WXCharts for the next two weeks read: “Although it will often be quite mild, the low pressure track will occasionally dip southwards over central Europe towards the Alps and Italy.

“This will pull in winds from the north or northwest into the UK, leading to colder snaps, with night firsts and squally wintry showers.

“The greatest likelihood of snowfall will be over the hills in the north and west, especially in Scotland. A couple of these cold snaps might be expected to occur during the course of this two-week period.” 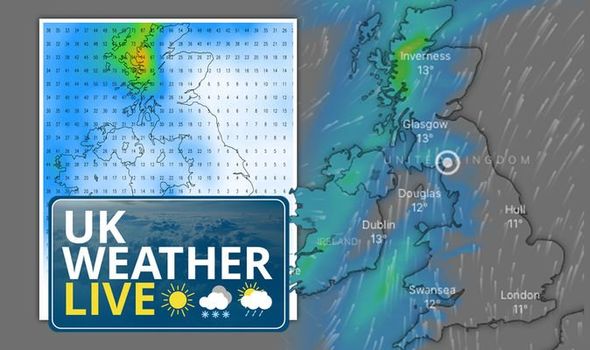 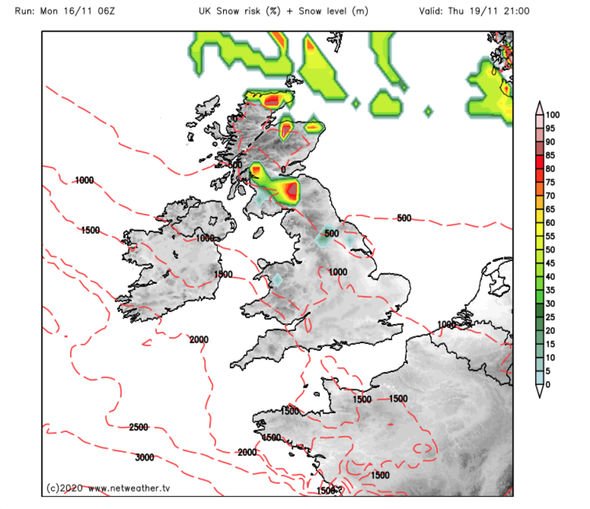 8am update: Met Office forecast for today and tonight

The Met Office writes: “Some showery rain in the far north but otherwise dry for many with some brighter spells, mainly in the east and northwest.

“Rain driving into the west during the afternoon.

“Cloudy, breezy and mild with some rain moving eastwards but presidents rain developing over hills and mountains from north Wales northwards. This is heaviest over northwest Scotland.

“Rain persisting over hills and mountains from north Wales northwards, particularly over northwest Scotland where some large total building up. Some brightness possible in eastern parts. Breezy and very mild.”

The weather warnings are in place in an effort to warn citizens of 150mm of incoming rainfall. Meteorologist at the Met Office Tom Morgan said: “It’s going to be a bit of a rollercoaster next week with a spell of unsettled weather on the way.

“It will be fairly mild on Monday to Wednesday, especially in the southern regions, and will be a lot brighter and drier than what we’ve seen across the weekend, though rain will still come and go.

“It’s a different story for the rest of the UK, which will be considerably colder and wetter, with up to 150mm of rainfall expected in mountainous regions of Northern Ireland, Scotland and northern England.” 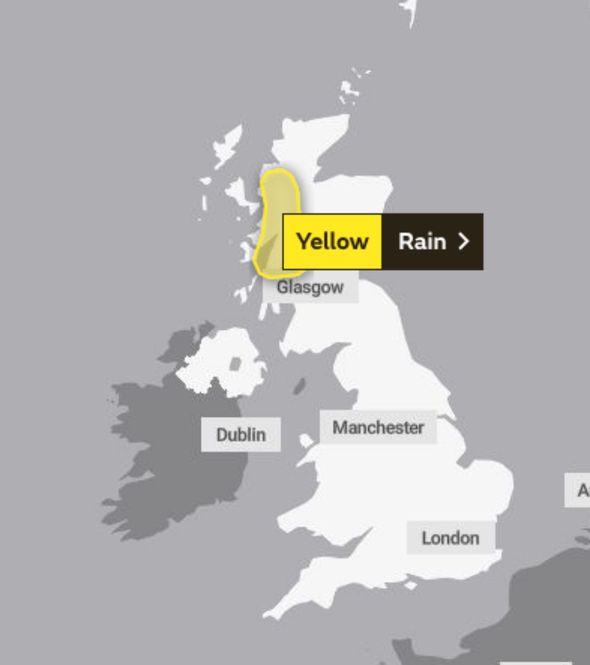