Today (Friday, October 2) the Met Office is forecasting wet and windy weather for southern England as a result of Storm Alex. And it appears the dreary weather will continue into the weekend for much of the country, with “heavy bands” of rain pushing northwards and westwards across the UK on Saturday. Met Office weather warnings for rain and wind have been issued for Friday and across the weekend.

Steve Ramsdale, Chief Meteorologist at the Met Office, said “another low-pressure” system is moving towards the UK, hot on the tails of Storm Alex.

He said: “It’ll be quite a miserable end to the working week for southern and south-west England as Storm Alex brings heavy rain and strong winds tomorrow [Friday], with coastal gales of around 60-65mph for some.

“Away from the south it’ll be a more pleasant day, with light winds and bright spells for much of northern England, Scotland and Northern Ireland.

“However, as the strong winds and rain associated with Storm Alex clear away from Britain later on Friday, another low-pressure system moves towards the UK from the east bringing further very heavy rain and strong winds to many over the weekend.” 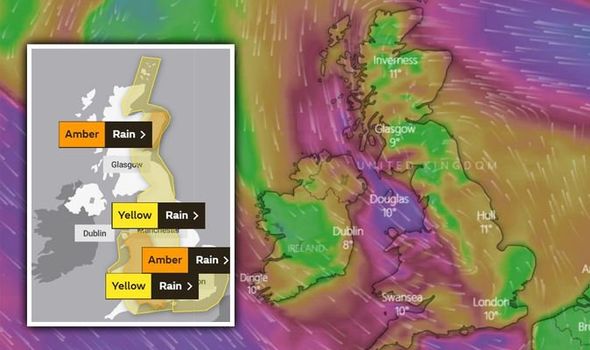 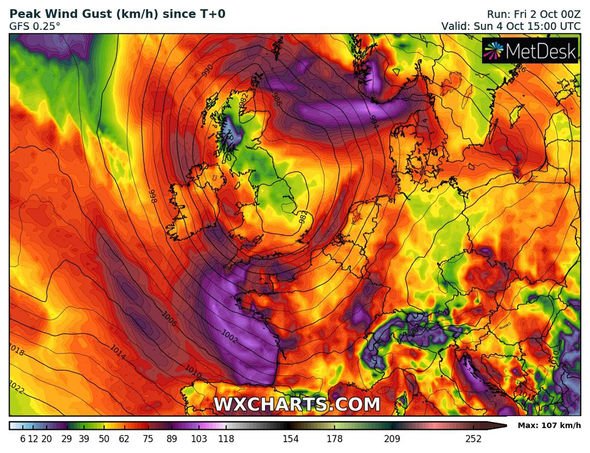 WXCHARTS maps, which use data from MetDesk, also paint a disappointing picture for the weather this weekend.

Maximum wind gust maps show strong winds across much of the UK on Friday and Saturday.

To the east the low-pressure system can be identified on Saturday and Sunday, with maximum winds of some 55mph (89km/h) according to the chart.

By Sunday, total accumulated precipitation charts show the heaviest rainfall will be in southern parts of England. 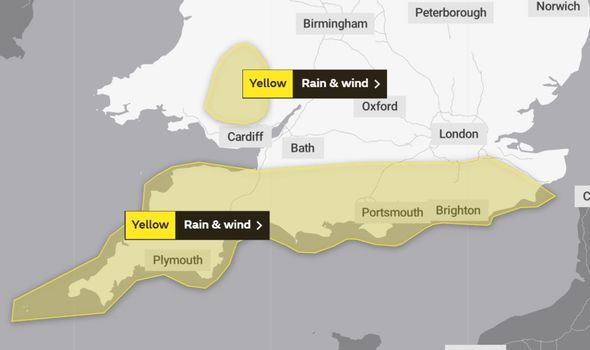 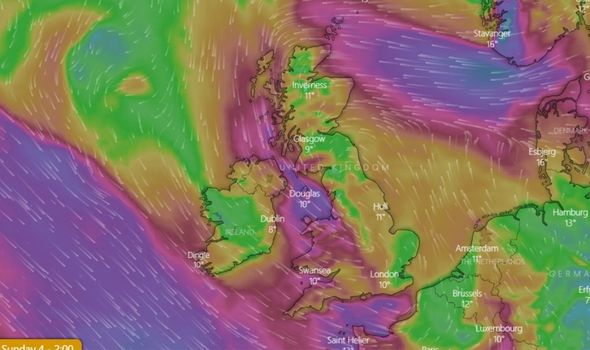 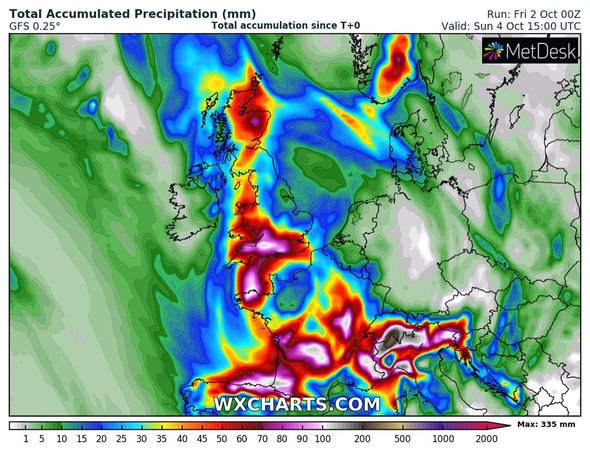 The map shows some parts of south-west England could see as much as 100mm of rainfall, which is about four inches in total.

Other parts of southern England, along with regions in eastern Scotland and Wales, are also expected to see heavy rainfall totals over the weekend.

The Met Office has issued yellow rain and wind warnings for a swathe of southern England and parts of Wales on Friday.

The Met Office are warning of potential flooding and travel disruption in affected areas, and the rain and wind warning is in place from 3am until 8pm.

On Saturday the wet and windy weather is expected to continue, and most of the UK is under a yellow rain warning.

The rain warning is in place from 3am on Saturday until 6pm on Sunday.

The Met Office warns: “Many places will see 25 to 50 mm of rainfall, with totals of 100 to 125 mm expected over the high ground of eastern Scotland, and perhaps parts of Wales and southwest England.” 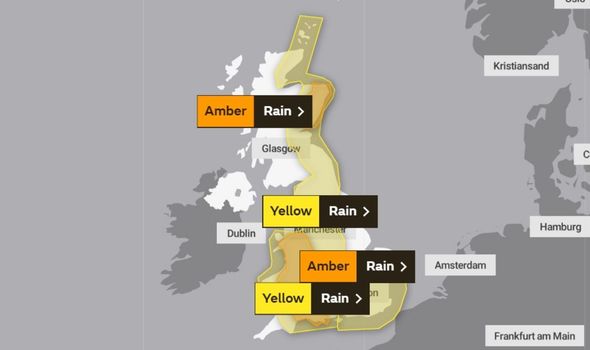 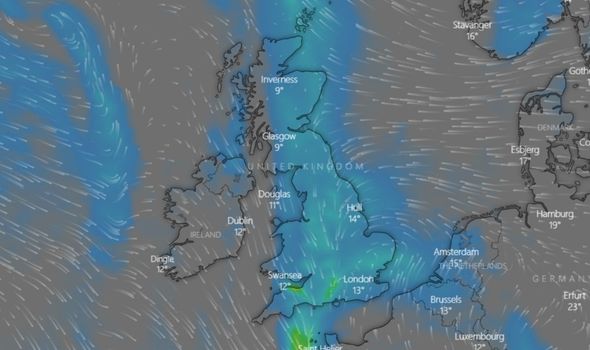 Deputy Chief Meteorologist at the Met Office, Nick Silkstone, said: “Saturday will be a very wet day as heavy bands of rain push north and west across the country, followed by showery rain on Sunday.

“It’ll be cold and windy too with a risk of coastal gales in some areas.

“The Met Office has issued a rain warning covering large parts of the country over the weekend and we’re urging people to keep a close eye on the weather forecast and warnings during this spell of disruptive weather.”