The winds are likely to cause some disruption to transport and potentially power, while large waves may hit coastal areas. Gusts there may reach speeds of up to 75 mph, Met Office meteorologist Steven Keates warned.

There is also a flood warning in place for Churchill Barriers in Scotland and two for Wales – Bangor on Dee and the Lower Dee Valley from Llangollen to Trevalyn Meadows.

In England, the Environment Agency has issued a warning for Keswick Campsite as well as areas bordering Derwent Water.

It comes as temperatures are expected to drop this weekend; Saturday will see highs of 13 degrees Celsius in England, which will be mostly cloudy. 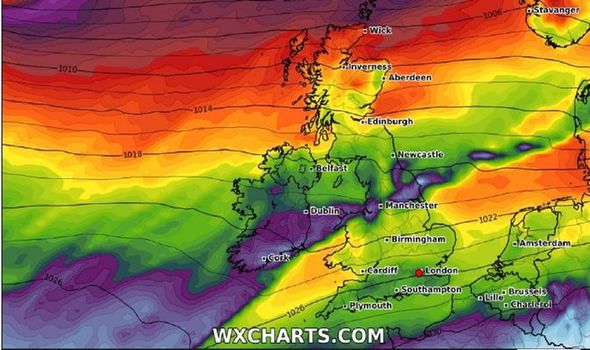 “Meanwhile we’ll see some rain edging south across much of the UK over the course of the weekend with brighter skies and a fair scattering of showers following behind.” 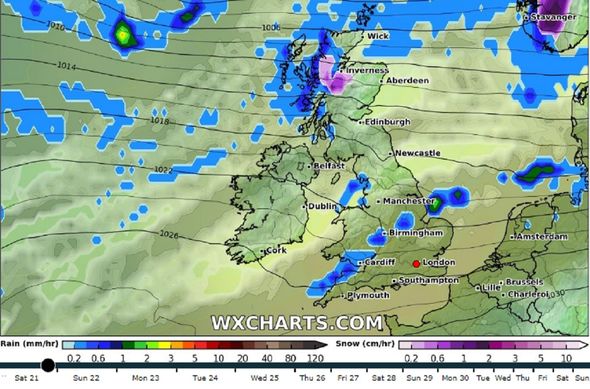 Rain is due to persist across parts of Scotland this morning, which will gradually move south.

Most of England will remain dry on Saturday morning, though there will be plenty of cloud.

Temperatures in the early hours of Saturday will be around 10-11 degrees Celsius for England, falling as low as seven degrees in northern Scotland. 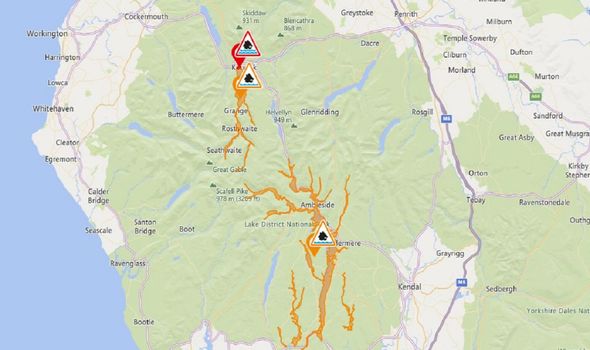 Saturday afternoon will bring a band of wet weather across the south with wind blowing from the west.

On Sunday morning, gales and scattered showers will continue to hit northern areas of Scotland, though it will be mostly clear in England, weather maps show.

By the afternoon much of England will see some sunshine, though temperatures can be expected to fall into single figures in central parts. 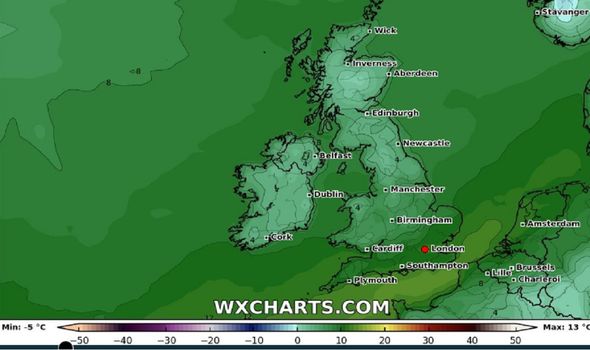 For Sunday, BBC Weather’s Darren Bett said: “It’s going to be a cooler day I think. For many places, temperatures are going to struggle to make double figures. But it won’t be as windy on Sunday.

“Looking ahead into the early parts of next week … we’ve got weather fronts on the scene as well, they’re going to bring cloud and rain.

“It looks like the wettest weather through Monday and into Tuesday will be across more northern and western parts of the UK.” 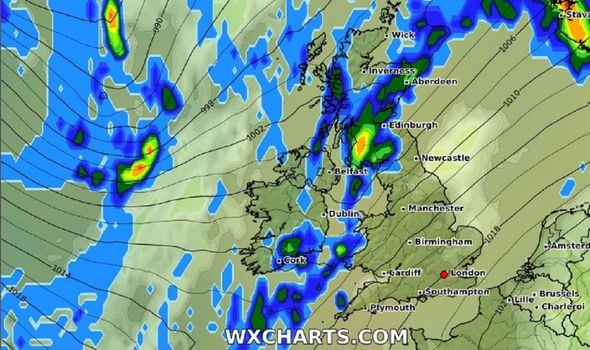 For Monday to Wednesday, the Met Office said: “Rain, heavy at times, and strong winds will affect the northwest.

“Mostly dry and bright elsewhere, although most places having some rain for a time on Wednesday.”

The storm has caused widespread flooding and destruction, and followed Hurricane Eta which hit the region less than two weeks prior.