BBC Weather: Temperatures set to rise across the UK

On Sunday, temperatures across the country will increase with many areas seeing the mercury rise to 19C.

Next week, however, forecasters expect the mercury to surge to 21C for London, the Midlands and the South-East of England.

The South-West and North of England will see the mercury at a slightly lower level at 19C on May 31.

June 1 is expected to be the hottest days of the 13-day heatwave with widespread temperatures surging to 21C across the country. 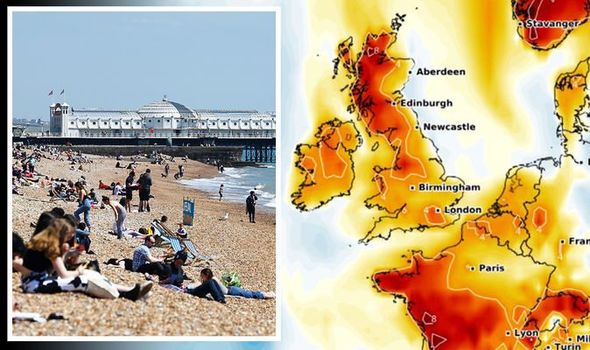 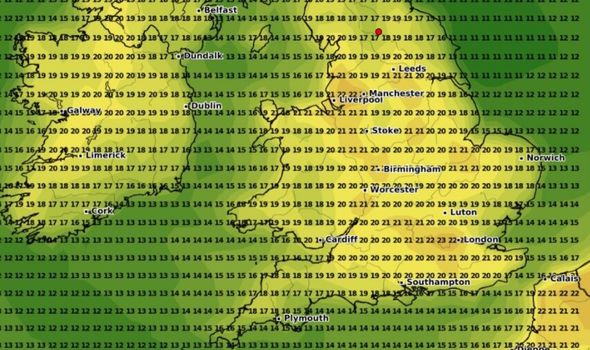 Indeed, according to temperature graphs from WX Charts, Leeds, Manchester and London may see highs of 22C on Tuesday.

As shown by temperature anomaly charts, the mercury is expected to be 4-8C higher than is expected for the time of year.

While June 1 is expected to be the hottest during this period, max temperatures will remain at 18C on average, between June 2 to June 11.

A brief spike in the mercury is expected in the East of England on June 4, with East Anglia expected to see 22C in the afternoon. 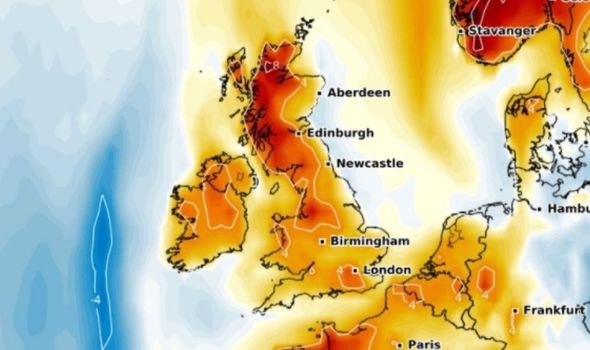 Indeed, the anomaly chart shows temperatures reaching 4C above what is normally expected on June 4.

While the temperatures will remain high, a small band of rain is expected to hit the North, parts of the Midlands and the South-East of England on June 6.

However, this band of rain will remain light while the mercury for large parts of the country will remain at 18C.

Commenting on the period between June 2-11, the BBC said: “Whilst there is still likely to be a good deal of widespread dry weather for the start of this period, showers, which could be heavy and possibly thundery, and prolonged spells of rain are likely across the south and west of the country for a time. 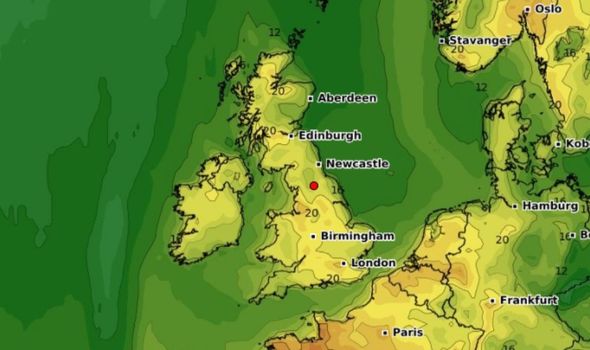 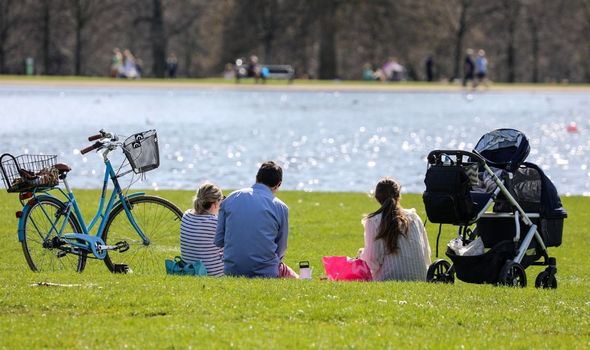 “Temperatures most likely remaining around or above average for this first week.

“By the end of the period, there is a signal towards a more general cooling trend, back towards more average temperatures.

“Widespread fine and dry conditions are likely to persist, but also is the continued risk of showers; these unsettled conditions become most likely in the north and northwest of the country, with southeastern areas seeing more settled conditions.”

On June 11, temperatures will drop, however, as the scorching weather comes to a brief end.

Due to a weather front from the Atlantic, widespread showers are expected for multiple areas of the country. 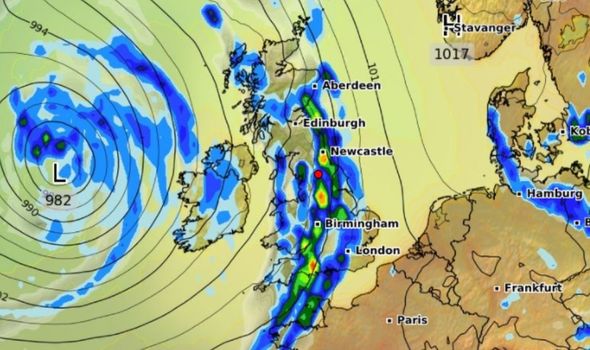 As result, temperatures will fall several degrees for many areas of the country – although London and parts of the south-east will still enjoy temperatures in the high-teens.