The technology giant introduced new features to the Weather app in the UK, including hourly precipitation forecasts during the recent upgrade to iOS 14.5.1. There have been reports that Apple “integrated” these features from Dark Sky after acquiring the beloved app last year. According to The Verge, one of the most telling new features is “a minute‑by‑minute chart that shows the intensity of rain or snow over the coming hour”.

Apple says that “next-hour precipitation forecasts in the UK are provided using data from The Met Office,” but some users have been complaining.

Taking to Twitter, one stated: “I’m sure this Apple Weather app is just joking nowadays.

“It shows 100 percent chance of rain all day and then the Sun’s out all day.”

Another added: “Has Apple Weather changed the way it displays the forecast recently? 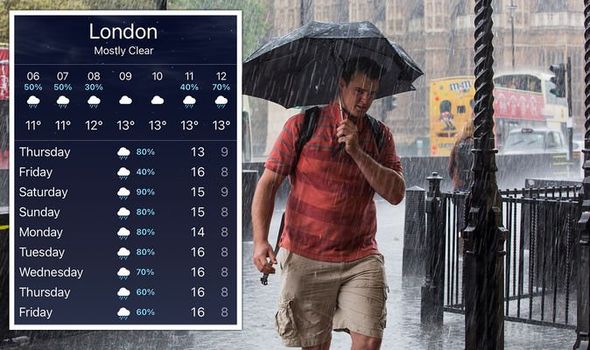 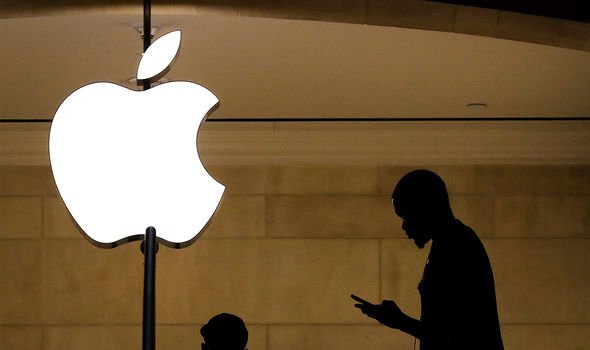 “The seven-day forecast has shown constant rain for the past three weeks and we’ve had loads of Sun!”

And a fourth claimed: “The Apple weather app needs to show more than just rain.”

But there may be a simpler explanation after Met Office forecaster Steven Keates revealed the UK is in for a “notably wet month”. 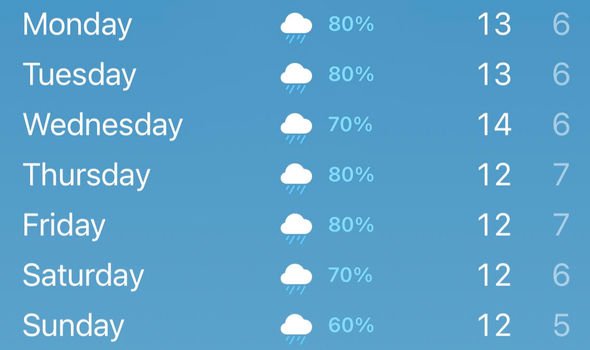 He said: “If you were to extrapolate what we’ve had so far and say the second half of the month was similar to the first, then you would probably be challenging a record wet May.

“On the basis that a fair amount of rain is probably quite likely over the next couple of weeks, it’s probably going to be up there.”

By last Friday, the UK had already experienced 91 percent of the expected rainfall for the entire month, with 63.5mm having already fallen.

BBC News NI Weather Presenter Cecilia Daly said this is at the heart of the problem for all weather apps, not just Apple.

She said: “The problem is that although we can predict the conditions ideal to make showers, it is practically impossible to predict where and when they will occur. 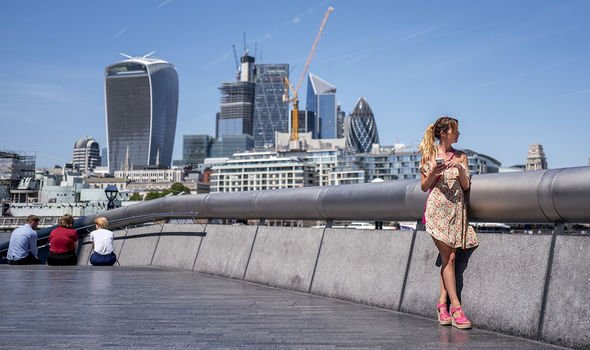 “This is why the apps struggle.

“So many local details can impact on showers that a computer model just can’t simulate, unlike, for example, a weather system which has developed over the Atlantic.

“These large systems can be modelled very well and so a weather app can predict quite closely what time rain will arrive at your location.

“Every shower is individual and has a life cycle, usually a number of minutes rather than days.”

And there could be more of the same coming.

Showers are due to move across the country today, while Thursday could see further deterioration in the weather. 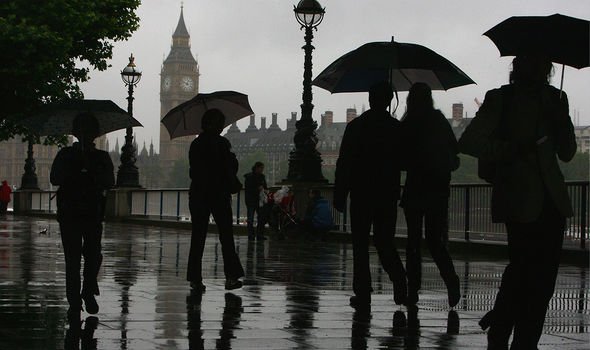 Sky weather presenter Nazaneen Ghaffar said: “Most places will have a clear and chilly night with a local grass frost again.

“However, through the early hours, heavy rain and strengthening winds will spread to Ireland, Northern Ireland, the west of Wales and southwest England.

“Tomorrow will become increasingly unsettled for most places as the heavy rain and strong winds spread across the rest of the UK.

“The strongest winds look to be across the South with gales or severe gales across coastal regions of Wales and southern England.”

While there are no weather warnings currently in place, the Met Office has not ruled out them being issued on Thursday.