Conditions described by Netweather as “biblical” have made space for some “more usual Atlantic flow with fresher air”, the weather forecasters said.

This week’s much-needed rainfall is thought to have relieved some areas from the August heatwave.

However, the heavy downpours, which began in London and swept the South East on Wednesday, also caused flash flooding and forced local emergency rescues or evacuations.

High Beech, in Essex, saw the highest rainfall with 64mm falling in a 24-hour period, while Frittenden in Kent had 46mm of rain falling in one hour. 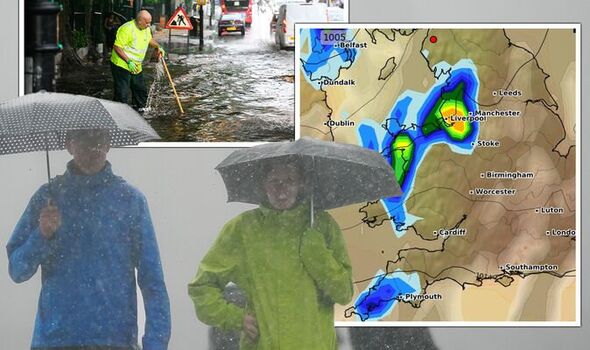 Get the latest three-day weather forecast where you live. Find out by adding your postcode or visit InYourArea

On Thursday, few areas across the UK were left untouched by showers, as clouds and rain arrived from the west and south, tracking over the Atlantic Ocean and northern mainland Europe.

But by the end of the day, Netweather said the threat had mostly “subsided” and stabler conditions were due to settle.

For Friday, the Met Office forecasted early rain across southeast England, perhaps heavy for some.

Then, it added, much of England and Wales will see warm sunny spells.

In Northern Irland and Scotland, it will be breezy, with scattered showers but with spells of sunshine. 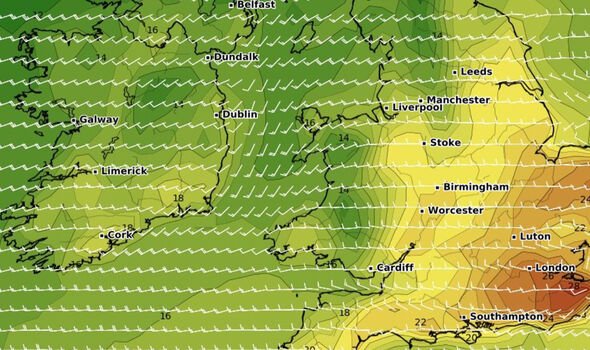 Met Office meteorologist Aidan McGivern said it was “back to normal this week, as far as the British weather is concerned”.

He said: “Various areas of low pressure in the Atlantic [are] sending weather fronts and showers our way.”
.
Starting on Friday, rather light and patchy rain in localised areas is expected over the next few days – with a notable split between the North West and South East.

While the rainy band is due to be localised over Scotland and Northern Ireland, with strengths of 2mm an hour, into mid-morning on Friday, by 3am on Saturday, stronger rains are set to push in, seeing 5mm an hour in some areas. 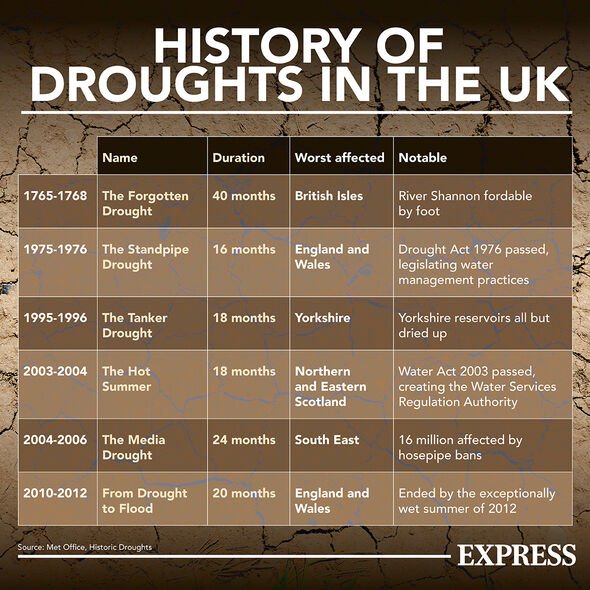 But despite the rain, drought continues to be an issue, experts say, particularly so as the “strong August sunshine” is due to all but disappear, Netweather said as it warned of “hard and dry” grounds across the country.

Thames Water became the latest water provider to announce a hosepipe ban, which will come into force for 10 million customers across the south of England next Wednesday.

The temporary use ban came after reports of the River Thames reaching its lowest level since 2005 and “unprecedented weather conditions”.

It means people will not be able to use hosepipes to water gardens, wash cars and windows, or fill paddling pools, with those found to breach the rules to be fined up to £1,000.

Thames Water CEO Sarah Bentley said implementing the ban had been a “very difficult decision” but, she added, reservoir storage levels in London and Farmoor, in Oxfordshire, had “reduced significantly”.

Heavy downpours are unlikely to ease the extremely parched conditions seen across much of the UK because rainwater struggles to penetrate dry ground.

However, generally more humid weather is expected to be welcome news for meteorologists.