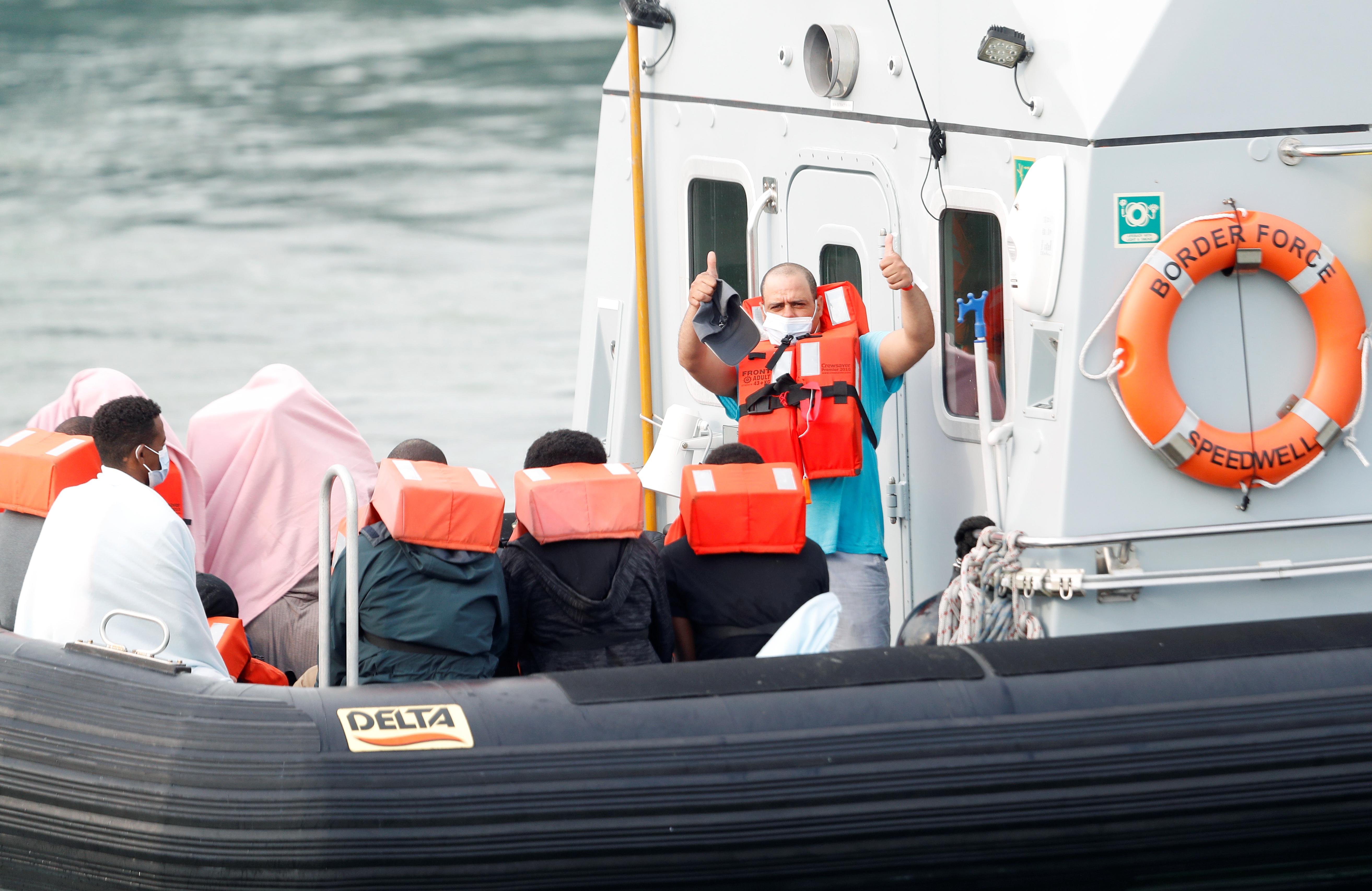 LONDON (Reuters) – Britain said on Tuesday it wanted greater flexibility to return illegal immigrants back to France after a surge in the number of people embarking on the perilous journey across the English Channel in the hope of a better life.

Hundreds of people, including some children, have been caught crossing to southern England from makeshift camps in northern France since Thursday – many navigating one of the world’s busiest shipping routes in overloaded rubber dinghies.

British Prime Minister Boris Johnson has said he wants to stop the illegal crossings and has dispatched Immigration Minister Chris Philp to Paris for talks with the French government.

“What he’s looking at, quite rightly, is greater flexibility… in returning people who have come here illegally… and need to be returned back to France,” Argar told Sky News.

Many of the migrants seeking to reach Britain come from Afghanistan, Iraq, Syria and countries in Africa, fleeing poverty, persecution or war.

Some stand a chance of being granted asylum, while others, considered illegal economic migrants, are unlikely to be allowed to remain in Britain.