The Met Office is forecasting heatwave conditions in southern and eastern areas of the UK over the next few days, along with widespread hot weather. Many parts of the UK are expected to see temperatures soar above 30C on Friday, Saturday and Sunday. Here are the latest weather forecasts, maps and charts.

The Met Office tweeted on Thursday: “Warming up today but the heat really arrives tomorrow.

“Like last week not everywhere will experience the exceptional heat.

“Unlike last week the heat may last for several days.”

According to WXCHARTS weather maps, which use data from MetDesk, the hottest maximum temperatures are forecast above 30C for parts of southern and eastern England on Friday. 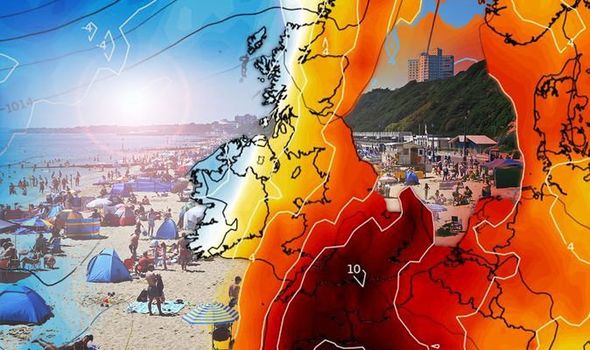 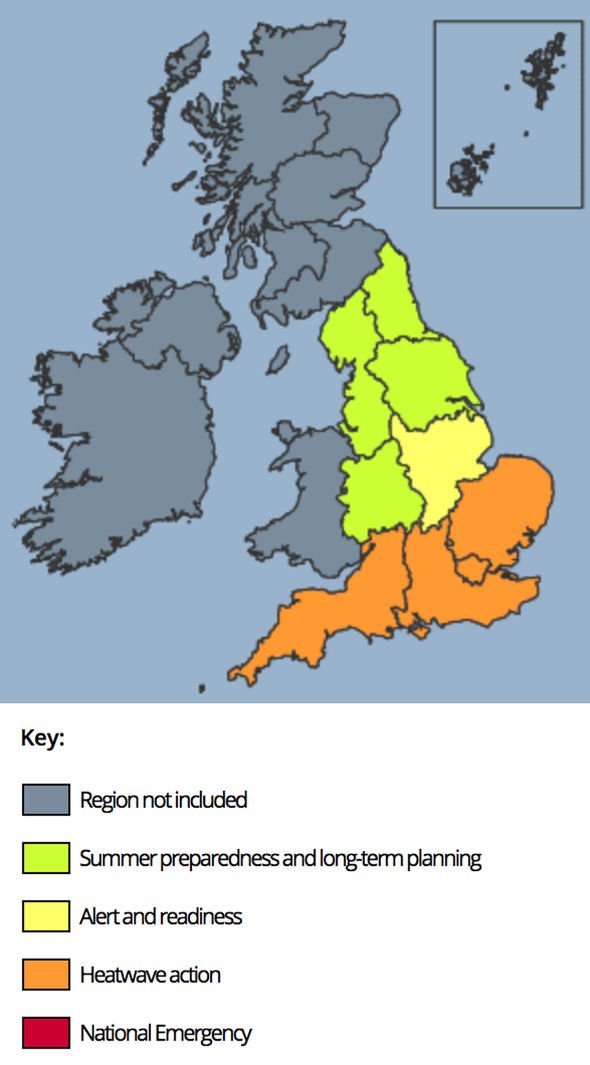 Maps show central England and Wales will also see maximum temperatures around the mid to high 20s, while temperatures in Scotland could see heat above 20C.

But the temperatures across England and Wales could hit above 30C over the next three days, the Met Office warns.

Met Office Chief Meteorologist, Dan Suri, confirmed the agency’s heatwave criteria is forecast to be met over the next few days.

Mr Suri said: “Although much of the UK can expect a spell of warm and sunny weather lasting into early next week, it’s going to turn very hot for parts of England and Wales with temperatures widely reaching above 30 Celsius on Friday, Saturday and Sunday. 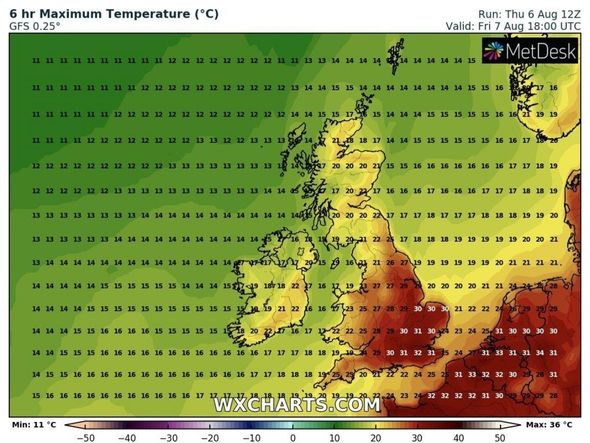 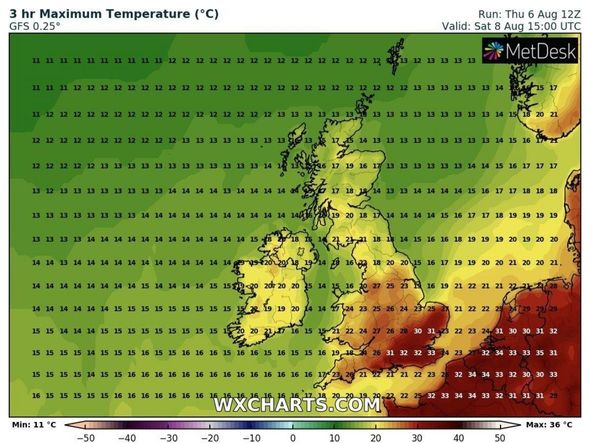 “Met Office heatwave criteria will be reached over East Anglia and southeast England.

“Tomorrow (Friday) is likely to be the hottest day with temperatures of 36 to 37 Celsius in parts of east and southeast England.

“There’s also a small chance temperatures could reach close to 38 Celsius in one or two spots in the southeast on Friday, but this will partly depend on the chance of cloud spreading in from the southwest during the afternoon.”

In addition to some very hot days ahead, the Met Office is also forecasting warm nights over this period.

Mr Suri continued: “Along with hot weather by day, it will stay warm and humid overnight with temperatures remaining in the high teens and low 20s Celsius.”

In light of the heatwave conditions expected, the Met Office has issued a heat health warning for parts of England into next week.

UV levels are expected to be very high in some areas in particular. 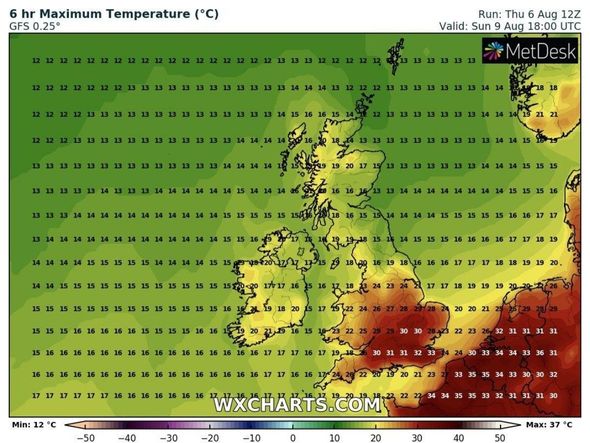 Could temperatures this week beat the record?

With highs of 38C forecast for some areas of the UK this week, there could be a good chance some heat records will be beaten.

The current record maximum temperature for the UK is 38.7C, which was recorded on July 25, 2019 at Cambridge Botanic Garden.

Ladbrokes have cut odds from 5/1 to just 2/1 on temperatures surpassing 38.7C, which was the record set in July last year.

Alex Apati of Ladbrokes said: “It looks as though Friday will break UK records on the weather front with temperatures set to soar.”