US House Majority Whip James Clyburn claims Mr Trump may try to use some sort of emergency measures to remain US president. Mr Clyburn also compared Mr Trump to Italian dictator Benito Mussolini, and express concerns US democracy could be threatened.

In an interview with CNN, Mr Clyburn said Mr Trump “taken on strong-arm tactics”, adding: “I don’t think he plans to leave the White House.

“I believe that he plans to install himself in some kind of emergency way to continue to hold onto office.”

The senior democrat also said US citizens had “better wake up”.

Last month, the president refused to confirm whether or not he would accept the results of the 2020 election if he did not win it. 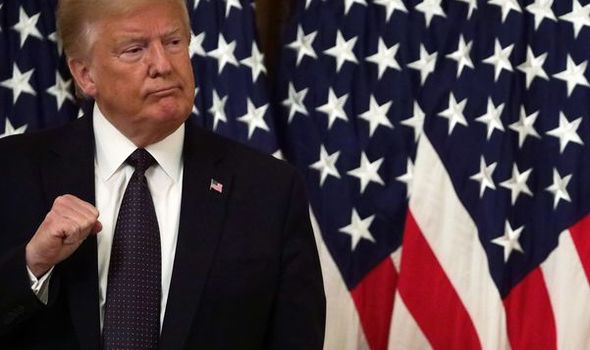 The US president recently suggested the presidential election in November should be delayed until mail-in voting is disallowed.

The president has taken a firm stance against this form of voting in recent weeks, taking to Twitter to blast it as inaccurate and open to fraud.

Last week, Mr Trump wrote: “With Universal Mail-In Voting (not Absentee voting, which is good), 2020 will be the most INACCURATE & FRAUDULENT Election in history. 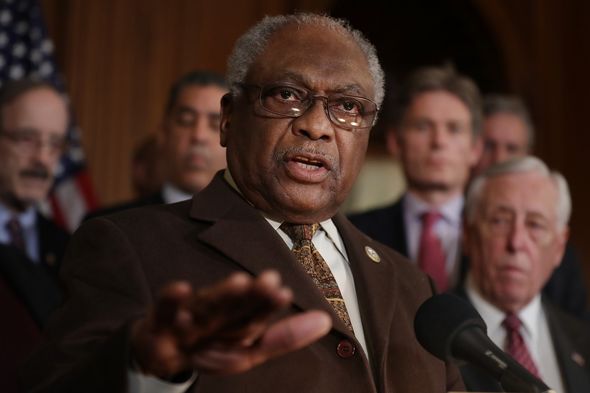 “It will be a great embarrassment to the USA. Delay the Election until people can properly, securely and safely vote?”

Prior to this, the president accused US Democrats of being aware that “Mail-In Voting is an easy way for foreign countries to enter the race.”

Mr Trump’s suggestion the election should be delayed caused a previously staunch supporter to call for his impeachment.

Steven Calabresi, co-founder of conservative group the Federalist Society, said he was “appalled” by the president’s tweet. 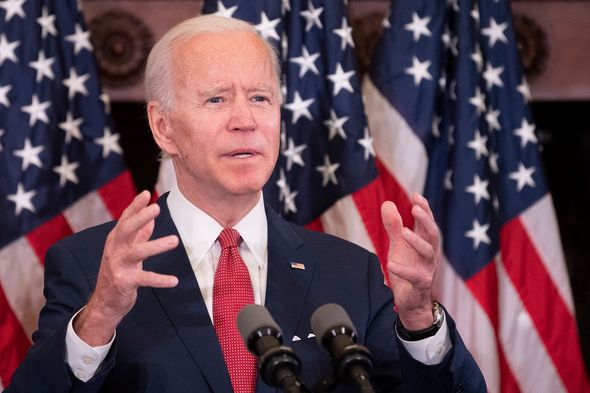 Mr Calabresi said he had voted for the Republican Party consistently since 1980 and opposed his previous impeachment trial.

However, he said: “But this latest tweet is fascistic and itself grounds for the president’s immediate impeachment again by the House of Representatives and his removal from office by the Senate.”

Following the president’s suggestion, analysts noted a US presidential election has never been postponed – even during times of war or other pandemics such as Spanish Flu.

For several weeks, Mr Trump has been trailing behind main Democrat opponent Joe Biden in national polls on a number of key issues. 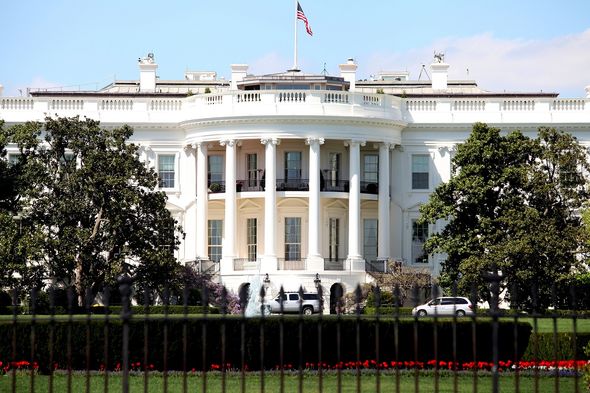 The Financial Times has claimed the Democrats under Joe Biden would win by a fair margin if the election were held today, based off of poll numbers over the weekend.

Indeed, Biden tends to come out ahead of Mr Trump in nearly all polls.

Recent exceptions to this include in Georgia, Wednesday 29, based on a Monmouth poll where the president came out one point ahead, and Ohio, Sunday 26, where Mr Trump again had a one point lead based on a CBS News / YouGov poll. 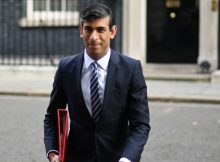