Trump stated his support for police and said progress would not be made by labelling millions of Americans as racist. 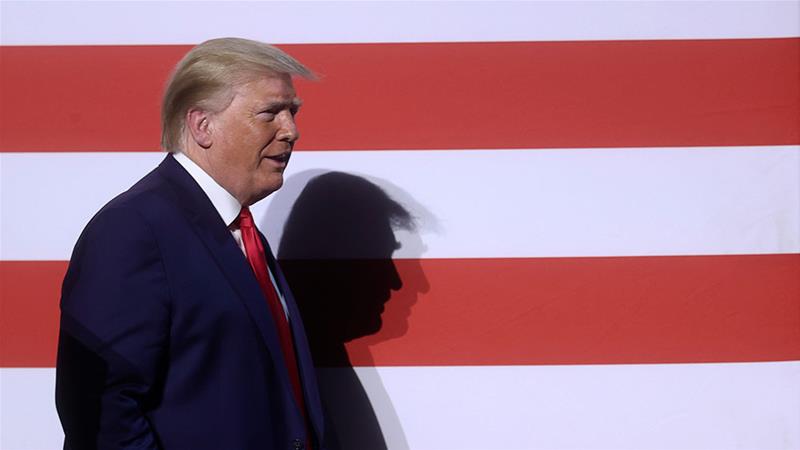 United States President Donald Trump said on Thursday that his administration would issue an executive order advising police departments to adopt national standards for use of force, but stopped short of more sweeping proposals in response to protests against police brutality prompted by the killing of George Floyd.

Speaking at a campaign-style event at a church in Dallas, Trump added that his administration would invest more in police training. He repeatedly stated his support for police and said progress would not be made by labelling millions of Americans as racist.

“In recent days, there has been vigorous discussion about how to ensure fairness, equality and justice for all of our people,” Trump said.

“Unfortunately, there’s some trying to stoke division and to push an extreme agenda – which we won’t go for – that will produce only more poverty, more crime, more suffering. This includes radical efforts to defund, dismantle and disband the police,” he added.

Trump’s comments were his first offering policy proposals on policing and race following the death on May 25 of Floyd, an African-American man, after a white Minneapolis policeman knelt on his neck for nearly nine minutes. Floyd’s death prompted a wave of protests in US cities and abroad, re-energising the Black Lives Matter racial justice movement.

In his comments, many of which drew applause from an audience that was selected by the White House, Trump reiterated his position that the US needs to “dominate the streets” and his vision for policing that exhibits “force with compassion”.

“You always have a bad apple. No matter where you go you have bad apples, and there are not too many of them” among police, he said.

“What happens late at night when you make that call to 911 and there’s nobody there? What do you? What are you doing, whether you’re white or black or anybody else?… There is no opportunity without safety,”  Trump said.

The administration’s policing proposals fall well short of those embraced by Democrats in Congress, who are moving forward with reform legislation that could come to a vote by July 4 in the House of Representatives. Republicans, who control the Senate, are working on a separate proposal.

Trump’s visit was built around a $10m campaign dinner with donors who paid at least $580,600 each for a meal and a souvenir photo.