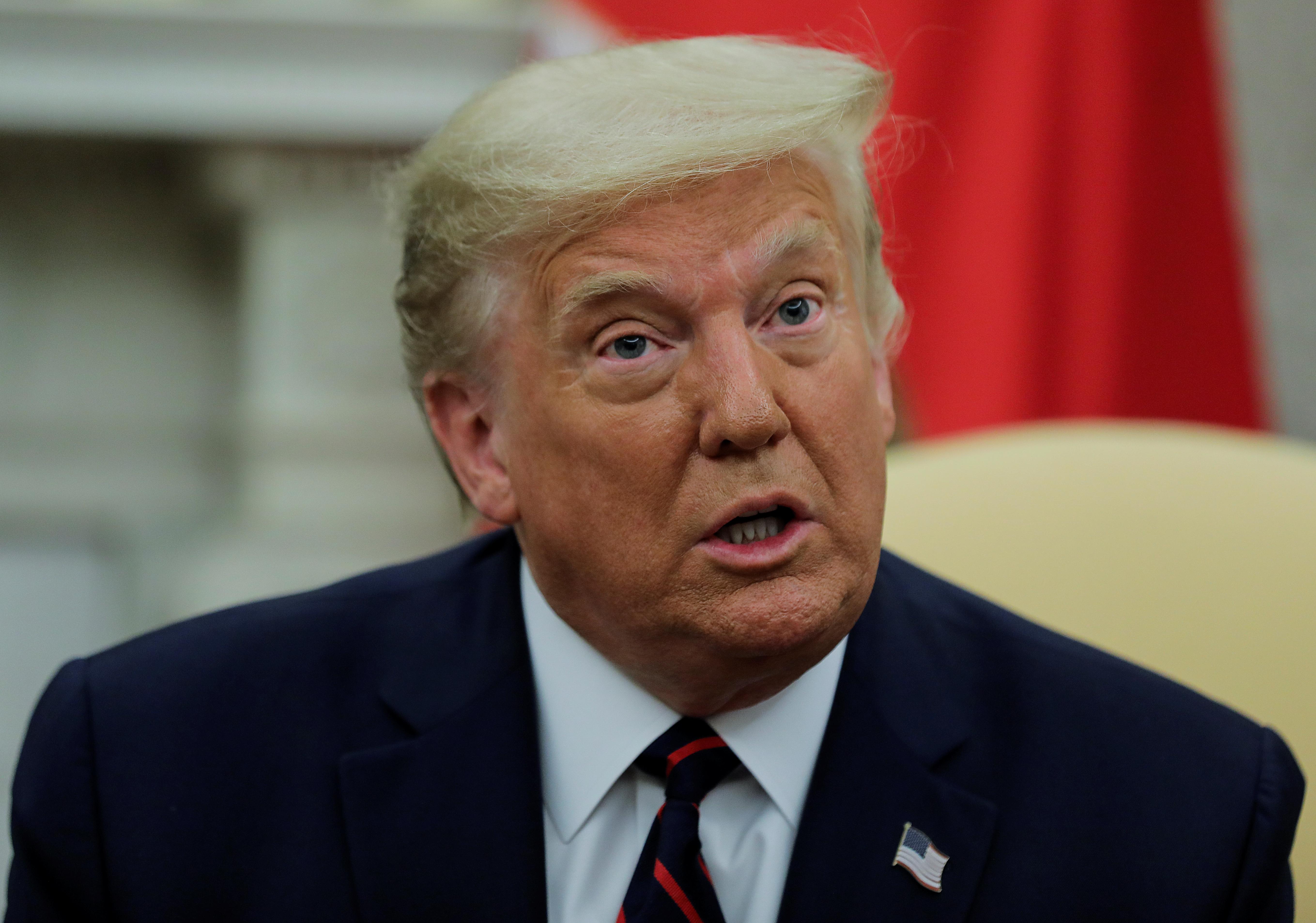 WASHINGTON (Reuters) – President Donald Trump on Thursday vowed to retaliate if other countries were found to have offered bounties for attacks on U.S. troops in Afghanistan, but he gave no indication whether his stance toward U.S. intelligence reports outlining the bounties had changed.

Reports about U.S. intelligence findings that Moscow paid the Taliban to kill American troops in Afghanistan emerged in late June. Russia denied the reports, and Trump has made clear that he did not believe them.

CNN this month reported that U.S. intelligence had also indicated that Iran paid the Taliban bounties to target U.S. troops in Afghanistan as well. Reuters could not verify that story or vouch for its accuracy.

Trump, speaking at a White House event alongside the Iraqi prime minister, told reporters that if the reports were determined to be a fact, then “we would hit them so hard, your head would spin.”

Democrats in Congress and other critics have accused Trump, a Republican who is seeking re-election in November, of not taking intelligence information concerning soldiers’ deaths seriously enough.