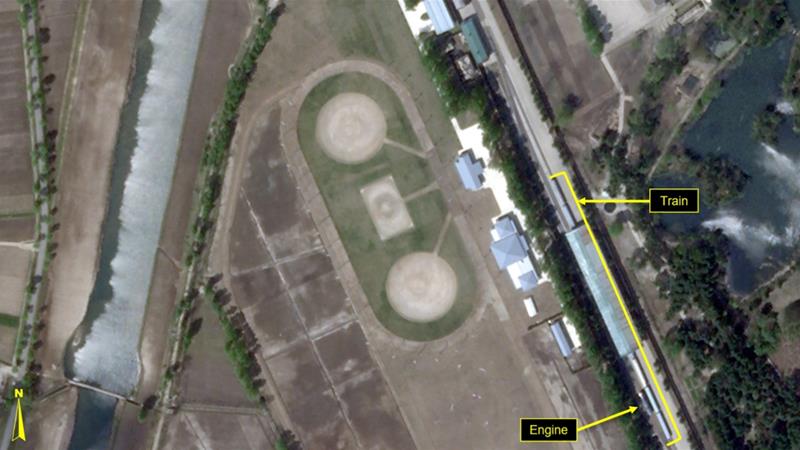 A train likely belonging to North Korea’s leader has been spotted at a resort town in the country’s east, satellite imagery showed, amid conflicting reports about Kim Jong Un’s health and whereabouts.

In a report on Saturday, 38 North monitoring group said the train was parked at the “leadership station” in Wonsan on April 21 and April 23. The station is reserved for the use of the Kim family, according to the Washington, DC-based group.

“The train’s presence does not prove the whereabouts of the North Korean leader or indicate anything about his health but it does lend weight to reports that Kim is staying at an elite area on the country’s eastern coast,” it said.

Speculation about Kim’s health first arose due to his absence from the birth anniversary of North Korea’s founding father and Kim’s grandfather, Kim Il Sung, on April 15.

North Korea’s state media last reported on Kim’s whereabouts when he presided over a meeting on April 11.

China has dispatched a team to North Korea including medical experts to advise on Kim, Reuters news agency reported, citing three people familiar with the situation.

A third-generation hereditary leader who came to power after his father’s death in 2011, Kim has no clear successor in a nuclear-armed country, which could present a significant international risk. 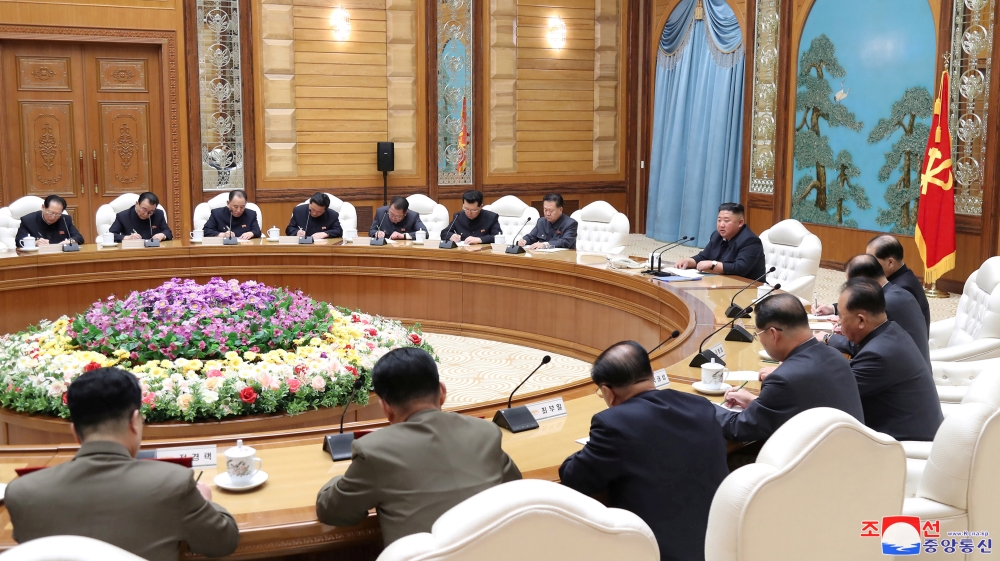 Citing an unidentified source in the country, it said Kim, who is in his mid-30s, had needed urgent treatment due to heavy smoking, obesity and fatigue.

South Korea has played down the report.

On Thursday, US President Donald Trump downplayed reports that Kim was ill. “I think the report was incorrect,” Trump told reporters, but he declined to say if he had been in touch with North Korean officials.

Trump has met Kim three times in an attempt to persuade him to give up a nuclear weapons programme that threatens the United States as well as its Asian neighbours. While talks have stalled, Trump has continued to hail Kim as a friend.

Reporting from North Korea is notoriously difficult because of tight controls on information.

On Thursday, citing an unidentified government official, South Korean broadcaster SBS reported that Kim appeared to have been in Wonsan for at least the past four days and would soon return to the public eye.

The report added that the military was monitoring Kim’s train, which had been seen in Wonsan, while his personal jet – frequently used by Kim on his trips to Wonsan – remained in Pyongyang.

North Korea’s state media remain silent about the international speculation on Kim’s health. On Saturday, the official Korean Central News Agency (KCNA) reported that Kim had received a message of greeting from the chairman of the Central Committee of the Communist Party of the Russian Federation on the occasion of the first anniversary of Kim’s summit with Russian President Vladimir Putin. The message wished Kim “good health and happiness”, the KCNA said.

This is not the first time that Kim has vanished from the public eye, and past absences in state media dispatches have also triggered speculation about his health.

In 2014, state media did not report any public activities for Kim for about six weeks, before he reappeared with a cane. South Korea’s spy agency later said he had a cyst removed from his ankle.