TOKYO (Reuters) – Tokyo recorded 144 coronavirus infections on Wednesday, its biggest daily jump since the start of the pandemic, the city’s governor Yuriko Koike said, on the first day of a state of emergency aimed at containing the outbreak. 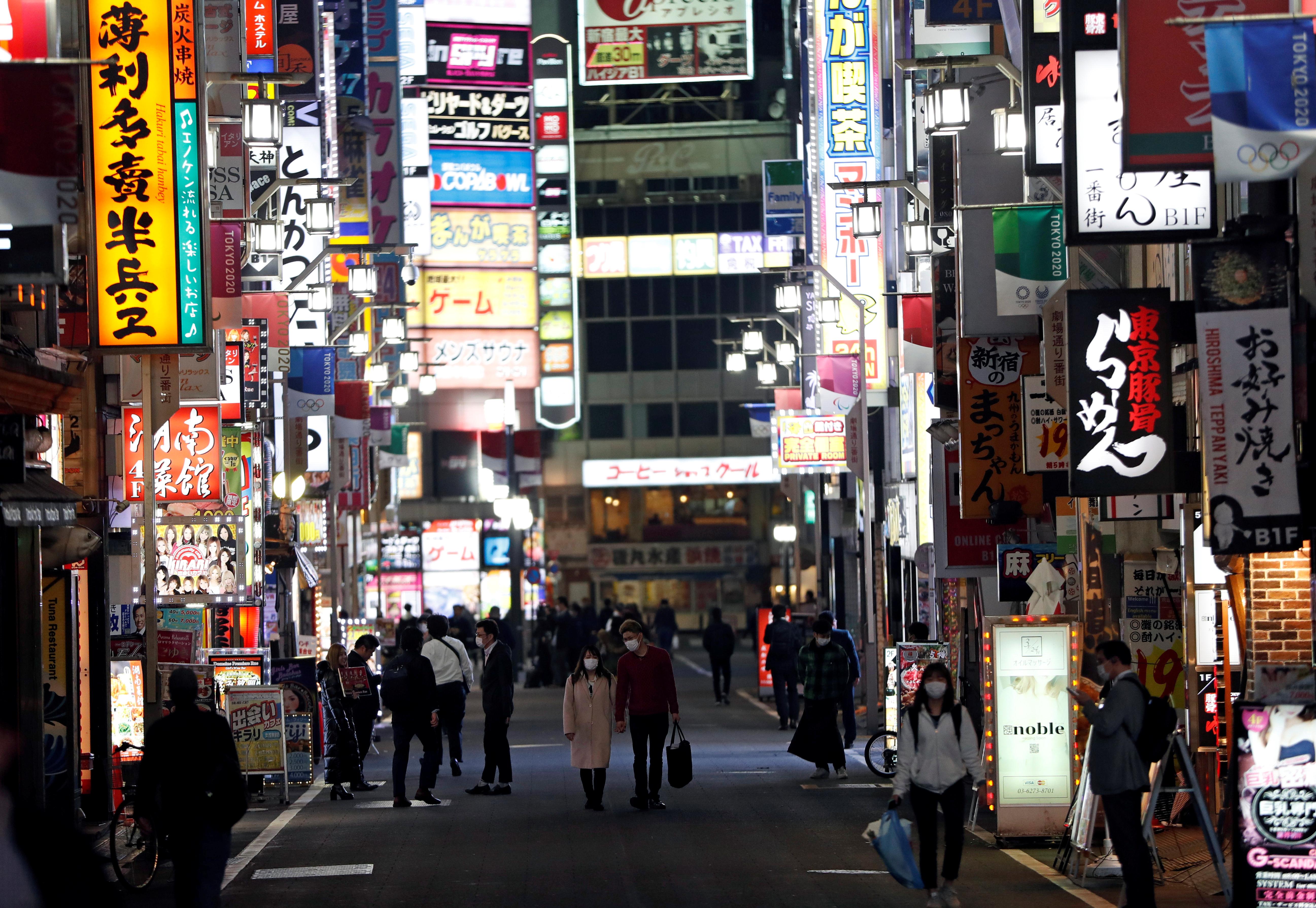 Total infections in the Japanese capital stand at 1,339, said Koike, a rise that helped carry the nationwide tally to 4,768, according to an evening report by public broadcaster NHK.

Deaths in Japan as of Wednesday morning stood at 98, said the NHK.

The number of infections is still far smaller than in many European countries and the United States, but a steady rise in some areas prompted Prime Minister Shinzo Abe to declare the emergency in Tokyo, Osaka and five other hard-hit prefectures.

A day after it was announced, commuters heading to work packed into trains in Tokyo, with some expressing confusion over how best to restrict their movements.

“It’s unavoidable that people have to come out for work,” said Risa Tanaka, an office worker wearing a mask near the Shinjuku station, who said she usually tried to work at home, but had stepped out to deliver some documents.

“I don’t know if the emergency declaration is enough.”

The scenes in Tokyo contrasted with measures across Europe enforced by police patrolling the streets and also through the use of drones in some countries, such as Britain and France.

French residents have had to sign and carry an official form justifying their presence outside homes and face stiff penalties for breaches.

Despite some accusations of heavy-handed policing, the enforcement has largely succeeded, leading to bare city streets and the effective shutdown of much of Europe’s local economies, though some flouting has included barbecue gatherings in parks.

“We’ve reduced the number of in-office workers by half, but we are still rotating to go into work,” said a commuter, Chihiro Kakegawa, an employee of a financial institution near the Tokyo station, adding that it freed her from going to work everyday.

With Tokyo’s governor Yuriko Koike expected to announce only on Friday what categories of businesses will have to shut, many shops and businesses have been left to decide on their own for now.

In most cases, Japanese authorities have no penalties to back calls for people to stay home and businesses to shut.

Department stores, karaoke parlours and some non-essential businesses, such as coffee chain Starbucks, have already said they would close. The foreign ministry said it would monitor the temperatures of all visitors and block those with high fever.

With an eye on the economy, Abe has sought a cut of 70% to 80% in contacts among people in the seven regions, leaving plenty of wiggle room for defiance of the request to stay home.

Train schedules of the East Japan Railway Co (9020.T), which services the capital and surrounding areas, remain unchanged, with operations running as normal.

“I don’t think the reduction is anywhere near the 70 or 80 percent Abe is aiming for,” said Yoshihiko Furusawa, 43, as he watched pedestrians near the Shinjuku ward office where he works. “I think the important point is to stop people going to bars after work.” 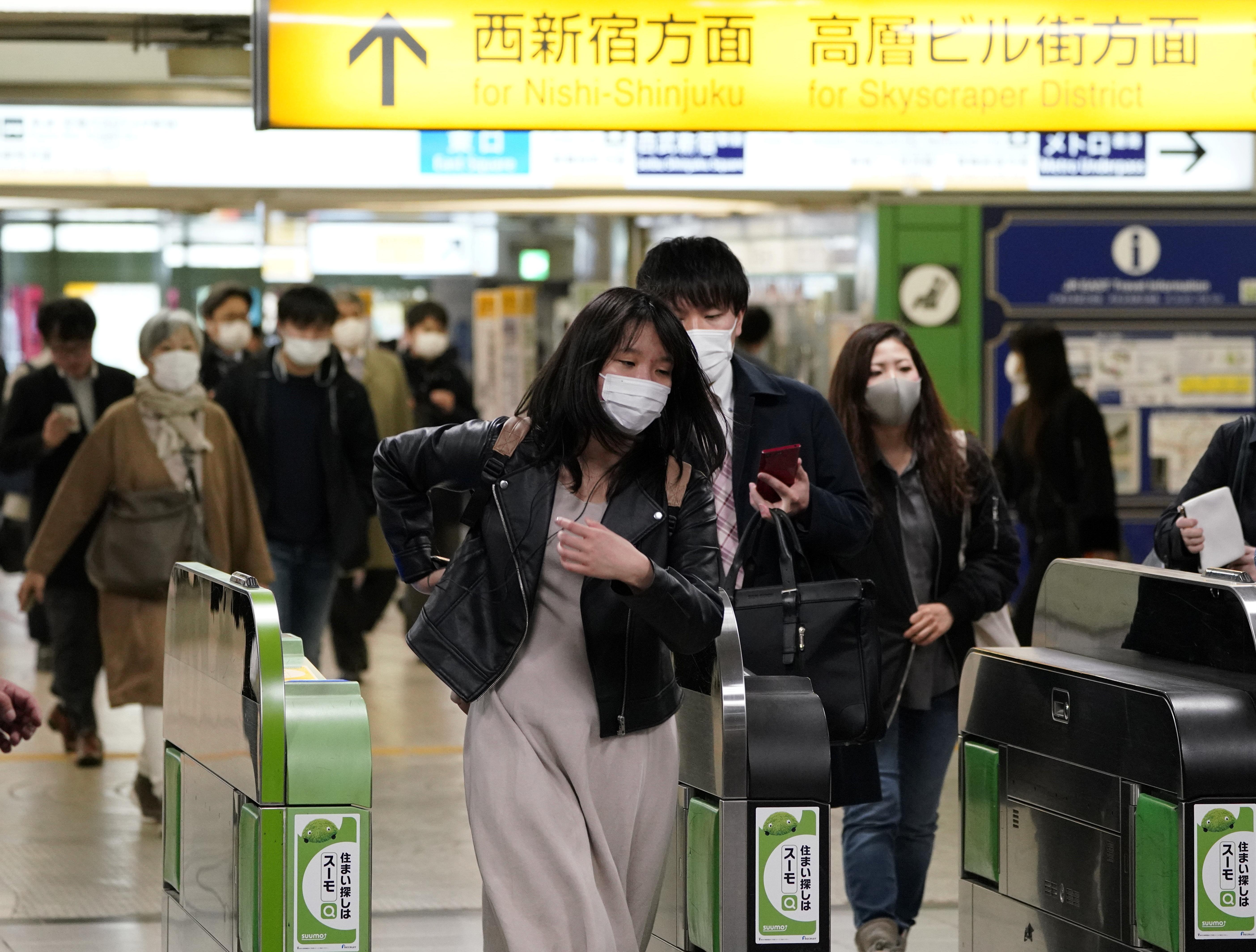 The government did not provide detailed train usage data for the first day of the emergency, but it said use of the Yamanote line, one of the busiest train lines that circles Tokyo, was down 40 percent on weekdays in recent weeks. It said the number of passengers on some subway lines was down by about a third for the similar period.