Fans will be able to attend the Tokyo Olympics next year under plans to vaccinate spectators and athletes upon their arrival in Japan, the head of the organising committee has said.

International Olympic Committee (IOC) chief Thomas Bach has said he is working on the proposed safety measure, which would allow the event to take place despite a surge in coronavirus infections around the world.

Speaking during his first visit to the Japanese capital since he and the then-prime minister Shinzo Abe decided to postpone the 2020 Games back in March, Mr Bach expressed his hopes that attendees and the 11,000 athletes taking part could be vaccinated before they touched down in the country.

Live COVID-19 updates from the UK and around the world 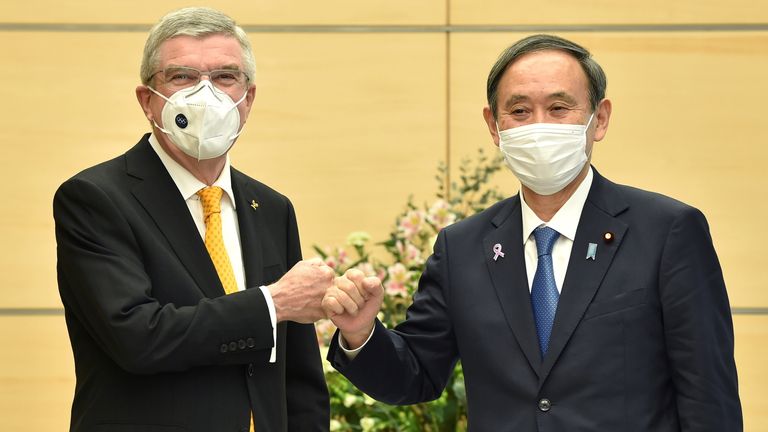 The 2020 Summer Olympics were originally due to begin in July this year, but were postponed until next summer because of the coronavirus pandemic.

But Mr Bach, who is currently on a two-day visit to Tokyo, is positive a second delay will not be forthcoming.

He fist-bumped Japan’s new premier, Yoshihide Suga, and told Tokyo governor Yuriko Koike they could be confident a vaccine would be available by next summer.

Mr Bach said he was now “very confident” that spectators would be able to attend, with the past week having brought positive news on two vaccine candidates.

Pfizer has announced that its vaccine is 90% effective at protecting people from COVID-19, and one from Moderna is said to be more be even better at 94.5%. 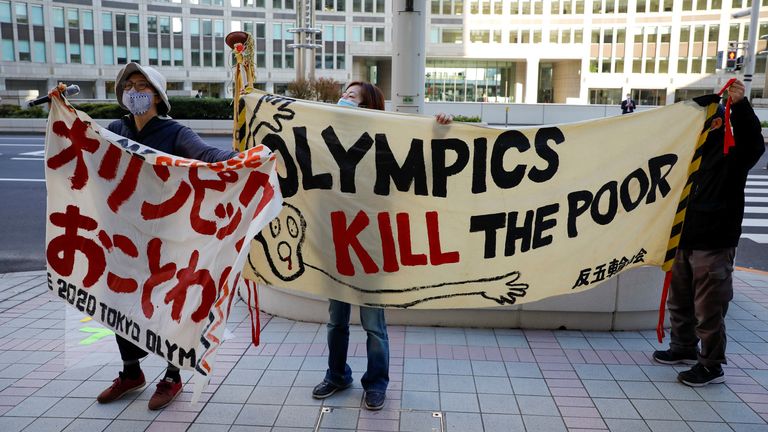 Back in July, a poll by Japanese public broadcaster NHK showed 70% of people thought the Olympics should be postponed further or cancelled.

In contrast, most Japanese firms want the event to go ahead next summer, even though they admit the event’s contribution to the economy would now be limited. 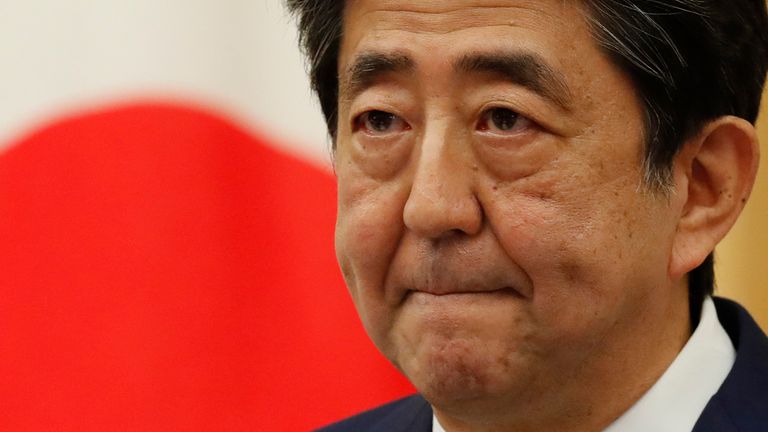 Japan has reported 119,538 cases and 1,880 COVID-related deaths, according to Johns Hopkins University, which is tracking the pandemic.

Mr Bach called next year’s games a “light at the end of the tunnel” after the world’s pandemic battle, and pointed to recent sporting competitions in Japan as proof that events could already take place safely.

Earlier this month, Tokyo successfully hosted an international gymnastics meet at which organisers tested a range of COVID-19 countermeasures.

Mr Bach has also used his visit to award Mr Abe the Olympic Order in gold, the IOC’s highest accolade.

Mr Abe, who stepped down as prime minister earlier this year due to ill health, had made himself all but synonymous with Tokyo 2020 during his premiership, even famously appearing as video game character Mario at the closing ceremony of the Rio Games in 2016.

Election CHAOS: Trump supporting pastor issues gun violence threat – ‘What they deserve!’
Recent Posts
Copyright © 2020 miamiheatnation.com.
This website uses cookies to improve your user experience and to provide you with advertisements that are relevant to your interests. By continuing to browse the site you are agreeing to our use of cookies.Ok