The former Japanese prime minister was criticised for “inappropriate” remarks about women after he told Games organisers that meetings take too long because women “talk too much” and are driven by a “strong sense of rivalry”.

Mr Mori is due to quit as president of the organising committee today. 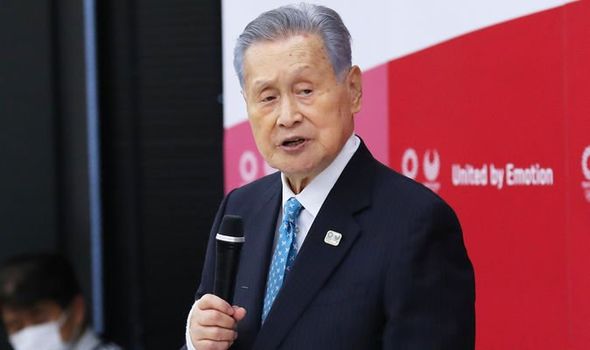 The row has heaped further pressure on the Games after the pandemic had forced their postponement last summer. Organisers insist it will start on July 23 with 11,000 athletes taking part and later 4,400 Paralympians.

It has also put the spotlight on Japan’s attitudes towards women in politics and industry.