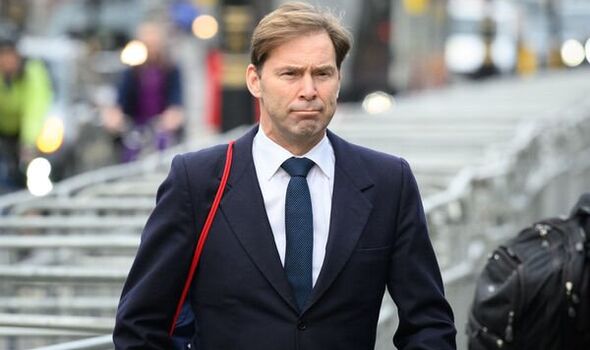 Mr Ellwood, a Royal Green Jackets veteran, said Moscow and Beijing were united in their “hatred for America and for the West”.

He argued that Russia’s invasion of Ukraine could have been prevented if Nato had put troops on the ground.

He also called on Europe and the US to use their economic clout to compel China to adhere to international standards of behaviour.

His alert comes after US Speaker Nancy Pelosi sparked fury in China with a controversial visit to Taiwan. It prompted angry words from Beijing and provocative military exercises.

However, former foreign and defence minister Mr Ellwood does not believe that China will stage a Russian-style invasion of its smaller neighbour, saying it would face guerrilla warfare and have to impose a police state.

But he is concerned about deepening ties between Moscow and Beijing.

Arguing that China provides a ready market for Russian oil, gas and weapons systems, he said: “Putin has made the judgment to pivot his country to the east, to look to China to be best buddies because China doesn’t ask questions about human rights.

He claimed the West has “absolutely drifted into another Cold War” and fears Western democracies are “not in a great spot right now”.

Mr Ellwood added: “We could have avoided everything had we dared to look Russia in the eye and then moved a division [into Ukraine], back in December last year.”

He said the West’s record in Afghanistan sent out the message that it lacked the “patience to see that through”. This encouraged Russia and China to think: “Right, this is our moment. Now is our time.”

He believes China “enjoys the fuss” around Taiwan, because it takes attention away from issues such as its treatment of Uyghur Muslims and its activities in Hong Kong, Africa and neighbouring nations.

“It’s keeping us all busy on the Taiwan issue which means we’re not looking elsewhere at what China is up to,” he said.

Last month, Mr Ellwood lost the Tory whip after he failed to support the Government in a confidence vote.