The owner of a dog who repeatedly bit a passer-by after getting viciously out of control has been jailed.

Alan Leggett was walking with his unrestrained "Staffy-type dog" when it unleashed on Mark Wilkinson during the two men's clash in the street.

Leggett has pleaded guilty to being in charge of a dog while it became dangerously out of control and assaulting Mr Wilkinson and his mother.

The offences placed the man in breach of a suspended prison sentence which was imposed in 2018 for the fourth time and he has now been jailed for seven months. Nottingham Crown Court heard it was around 6pm on November 13 2019 that Mr Wilkinson came across Leggett near his home in Ashington, Northumberland, on his way to the shop.

Leggett was holding a Jack Russell on a lead but the Staffy-type dog was not restrained.

He accused Mr Wilkinson of trying to rob him from behind when he snuck up behind him, the court head.

"They were not particularly serious injuries, there was no medical intervention.

"He went to walk away and the dog bit him again on his right thigh."

The man ran towards her, dropping his phone, which she then picked up causing him to push her against a wall and attempt to grab the phone out of her hand.

In victim impact statements, Mr Wilkinson said he was left feeling "angry and frightened" while his mum remained "scared and intimidated".

Leggett said he was approached from behind but "misread the situation and believed he may be about to be attacked" and that there was a verbal altercation in which his unrestrained dog bit him.

Leggett, 36, has 57 previous convictions, including for wounding with intent, assaults and public disorder, the court heard.

The man was given an 18 week suspended sentence in August 2018 for drink driving, which he reportedly already breached three times with two public order offences and battery.

Recorder Shakil Najib told him he had "wasted your chance" to stay out of prison, sentencing him to four months for the new offences and activated three months of the suspended sentence.

Tony Cornberg, defending, said: "This is not a case of him setting a dog on someone. It was an excitable dog out of control during an existing incident.

"Goodness knows what the background is.

"This is his fourth breach but it's dissimilar offending." 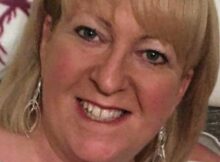 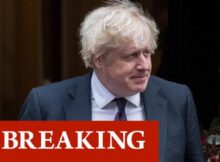 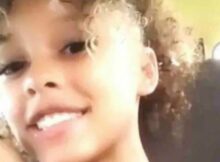