The Thornton Police Department has reached a “peaceful ending” after investigating and negotiating with a barricaded person who held a hostage at a Motel 6 for more than 12 hours.

The police department made the announcement at 7:42 a.m. Wednesday. One man was taken into custody and officers are in contact with the hostage, police said.

The incident began Tuesday around 3:35 p.m., when officers, Northglenn SWAT and negotiators started working at the Motel 6 at 6 W. 83rd Place, police said. Police said they believed the barricaded person may be holding a hostage.

At 5:05 a.m. Wednesday, police said crisis negotiators were still continuing to work toward a peaceful surrender. Police were helping residents who needed to leave the premises for work or other reasons. 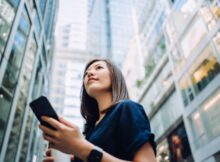 How to invest in real estate without breaking the bank
Recent Posts
Copyright © 2021 miamiheatnation.com.