Russia: NATO must 'fight back as hard as possible' says expert

The Russian enclave of Kaliningrad, a strip of land landlocked between Lithuania and Poland, could bring NATO to intervene and as a result, break out into a full-blown World War III. In a sign of escalation of tension between the European Union and Russia, Putin’s security chief Nikolai Patrushev threatened to retaliate after Lithuania blocked the transit of sanctioned goods to the Baltic enclave of Kaliningrad in line with EU sanctions. “Russia will respond to such hostile actions,” Mr Patrushev said. Lithuania’s Foreign Minister tried to ease tensions with Russia, saying his country was only enacting EU sanctions.

According to Jane Harman, distinguished fellow and President Emerita of the Woodrow Wilson Centre, a Putin-led Russian military incursion in Lithuania would spark a NATO backlash and consequently, break into a Third World War.

When asked whether Russia is rattling a sabre with Lithuania, she said: “Yes, it is. And the Baltics are countries that need to be protected.

“I mean, this brings in NATO. And yes, Putin is flexing his muscles around. But this is exactly why we have to fight back as hard as possible. 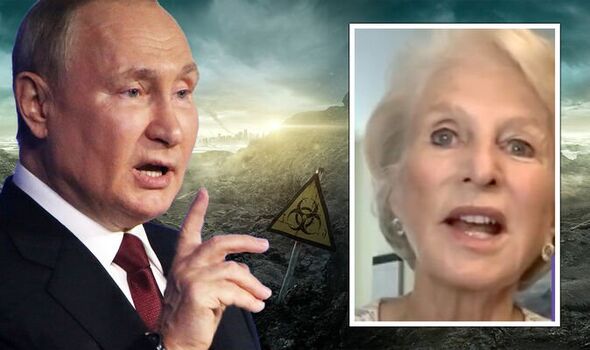 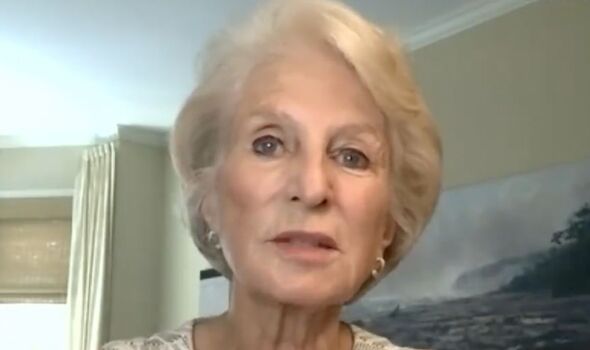 Kaliningrad is a 5,800 square mile Russian enclave located between Lithuania and Poland on the Baltic Sea which has no border with Russia. The region’s bulk of goods comes from Russia through Lithuania mainly by rail.

Every year, millions of oil, coke and coal move through Lithuania to provide the enclave with the goods needed to sustain its 1 million inhabitants. But under the new EU sanctions, most Russian goods are banned from entering the EU and Lithuania.

While on a visit to Kaliningrad, Russia’s Security Council Secretary Nikolai Patrushev said Lithuania’s blockade was “in violation of international law.”

“Their consequences will have a serious negative impact on the population of Lithuania,” he said, according to the Russian-state RIA Novosti news agency. 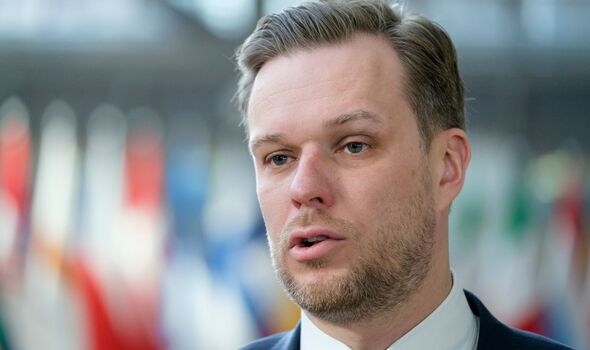 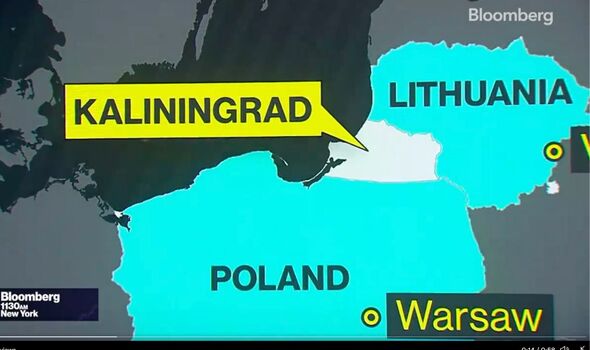 He added: “Russia will certainly respond to such hostile actions. Measures are being worked out in an interdepartmental format and will be taken in the near future.

“Their consequences will have a serious negative impact on the Lithuanian population.”

After a meeting in Kaliningrad, the Russian foreign ministry said in a statement: “The inadmissibility of such actions, which violate the relevant legal and political obligations of the European Union and lead to an escalation of tensions, was pointed out.” 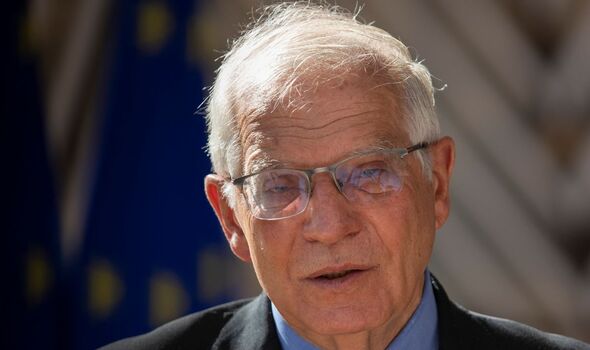 “The accusation against Lithuania that it is implementing Lithuanian sanctions is false, pure propaganda,” he said.

“Lithuania is doing nothing else but implementing the guidelines provided by the European Commission […] if they transit through EU territory for some goods, it’s prohibited,” he added.

In response to what he claimed is an “illegal move”, Putin’s spokesperson Dmitry Peskov said: “This decision is really unprecedented. It’s a violation of everything. We consider this illegal. The situation is more than serious … We need a serious in-depth analysis in order to work out our response.”