NEW YORK (NYTIMES) – In recent days, the world has watched with curiosity and growing alarm as scientists in the United Kingdom have described a newly identified variant of the coronavirus that appears to be more contagious than, and genetically distinct from, more established variants.

Initial studies of the new variant prompted Prime Minister Boris Johnson to tighten restrictions over Christmas, and spurred officials in the Netherlands, Germany and other European countries to ban travel from Britain.

The new variant is now the focus of intense debate and analysis. Here’s some of what scientists have learned so far.

Q: Is the UK variant some kind of new supervirus?

A: No. It’s just one variation among many that have arisen as the coronavirus Sars-CoV-2 has spread around the world. Mutations arise as the virus replicates, and this variant – known as B.1.1.7 – has acquired its own distinctive set of them.

Q: What is unusual about it?

A: The variant came to the attention of researchers in December, when it began to turn up more frequently in samples from parts of southern England. It turned out to have been collected from patients as early as September.

When researchers took a close look at its genome, they were struck by the relatively large number of mutations – 23, all told – that it had acquired. Most mutations that arise in the coronavirus are either harmful to the virus or have no effect one way or another. But a number of the mutations in B.1.1.7 looked as if they could potentially affect how the virus spread.

Q: Is it more contagious than other viruses?

A: It appears so. In preliminary work, researchers in Britain have found that the virus is spreading quickly in parts of southern England, displacing a crowded field of other variants that have been circulating for months.

However, a virus lineage becoming more common is not proof that it spreads faster than others. It could grow more widespread simply through luck. For instance, a variant might start out in the middle of a crowded city, where transmission is easy, allowing it to make more copies of itself.

Still, the epidemiological evidence gathered so far from England does seem to suggest that this variant is very good at spreading. In places where it has become more common, the overall number of coronavirus cases is spiking.

Neil Ferguson, a public health researcher at Imperial College London, estimates that the variant has an increased transmission rate of 50 per cent to 70 per cent compared to other variants in the United Kingdom.

Some scientists have raised the possibility that the increase in transmission is at least partly the result of how it infects children. Normally, children are less likely than teenagers or adults to get infected or pass on the virus. But the new strain may make children “as equally susceptible as adults”, said Wendy Barclay, government adviser and virologist at Imperial College London.

To confirm that the variant truly is more contagious, researchers are now running laboratory experiments on it, observing up close how it infects cells.

Researchers have already used such experiments to investigate a mutant that arose earlier in the pandemic, called 614G. That variant proved to be more transmissible than its predecessors, studies in cell culture and animals found.

But disciplined containment measures worked just as well against 614G as other variants. The same is likely true for B.1.1.7.

“According to what we already know, it does not alter the effectiveness of social distancing, face masks, hand washing, hand sanitisers and ventilation,” Dr Muge Cevik, an infectious disease specialist at the University of St Andrews School of Medicine, said on Twitter.

Q: Does it cause more severe disease?

A: There is no strong evidence that it does, at least not yet. But there is reason to take the possibility seriously. In South Africa, another lineage of the coronavirus has gained one particular mutation that is also found in B.1.1.7. This variant is spreading quickly through coastal areas of South Africa. And in preliminary studies, doctors there have found that people infected with this variant carry a heightened viral load – a higher concentration of the virus in their upper respiratory tract. In many viral diseases, this is associated with more severe symptoms.

Q: Where did this unusual variant come from?

A: That is now a question of intense debate. One possibility is that the variant gained its array of new mutations inside a special set of hosts.

In a typical infection, people pick up the coronavirus and become infectious for a few days before showing symptoms. The virus then becomes less abundant in the body as the immune system marshals a defence. Unless patients suffer a serious case of Covid-19, they typically clear the virus completely in a few weeks at most.

But sometimes the virus infects people with weak immune systems. In their bodies, the virus can thrive for months. Case studies on these immunocompromised people have shown that the virus can accumulate a large number of mutations as it replicates in their bodies for a long period of time.

Over time, researchers have found, natural selection can favour mutant viruses that can evade the immune system. Researchers have also suggested that the evolution of the variant might have been additionally driven by medicine given to such patients. Some mutants might be able to withstand drugs such as monoclonal antibodies.

Other scientists have suggested that the virus could have gained new mutations by spreading through an animal population, like minks, before re-entering the human population. Such “animal reservoirs” have become a focus of intense interest as more animal infections have been detected.

Q: Is the variant already circulating in the US?

A: Not yet, as far as anyone knows. But that does not mean it hasn’t already reached the United States. British scientists have established a much stronger system to monitor coronaviruses for new mutations. It’s conceivable that someone travelling from the United Kingdom has brought it with them. Now that the world knows to look for the variant, it may turn up in more countries.

Q: Will the variant render the new vaccines ineffective?

A: No. Most experts doubt that it will have any great effect on vaccines, although it’s not yet possible to rule out any effect.

The US Food and Drug Administration has authorised two vaccines, one from Moderna and the other from Pfizer and BioNTech. Both vaccines create immunity to the coronavirus by teaching our immune systems to make antibodies to a protein that sits on the surface of the virus, called spike. The spike protein latches onto cells and opens a passageway inside. Antibodies produced in response to the vaccines stick to the tip of the spike. The result: The viruses can’t get inside.

It is conceivable that a mutation to a coronavirus could change the shape of its spike proteins, making it harder for the antibodies to gain a tight grip on them. And B.1.1.7’s mutations include eight in the spike gene. But our immune systems can produce a range of antibodies against a single viral protein, making it less likely that viruses can easily escape their attack.

Right now, experts don’t think that the variant will be able to evade vaccines. To confirm that, researchers at the Walter Reed Army Institute of Research are analysing the changes to the structure of its spike protein.

Dr Moncef Slaoui, the head scientific adviser to Operation Warp Speed, the federal effort to deliver a vaccine to the American public, said that the new variant reported in Britain was unlikely to affect the efficacy of a vaccine.

At some point – “some day, somewhere” – a variant of the virus may make the current vaccine ineffective, he said, but the chance of that happening with this vaccine is very low. Nevertheless, he said, “we have to remain absolutely vigilant.”

But Kristian Andersen, a virus expert at Scripps Research Institute, thinks it is too early to dismiss the risk to vaccines. If the UK variant evolved to evade the immune system in immunocompromised patients, those adaptations might help it avoid vaccines. The vaccines would not become useless, but they would become less effective. Fortunately, experiments are underway to test that possibility. 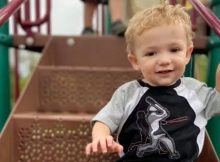