PARIS (Reuters) – Tens of millions of pupils returned to school in France, Poland and Russia on Tuesday, their rucksacks loaded with exercise books, geometry sets and, for many, face masks to protect them from a resurgent coronavirus pandemic. 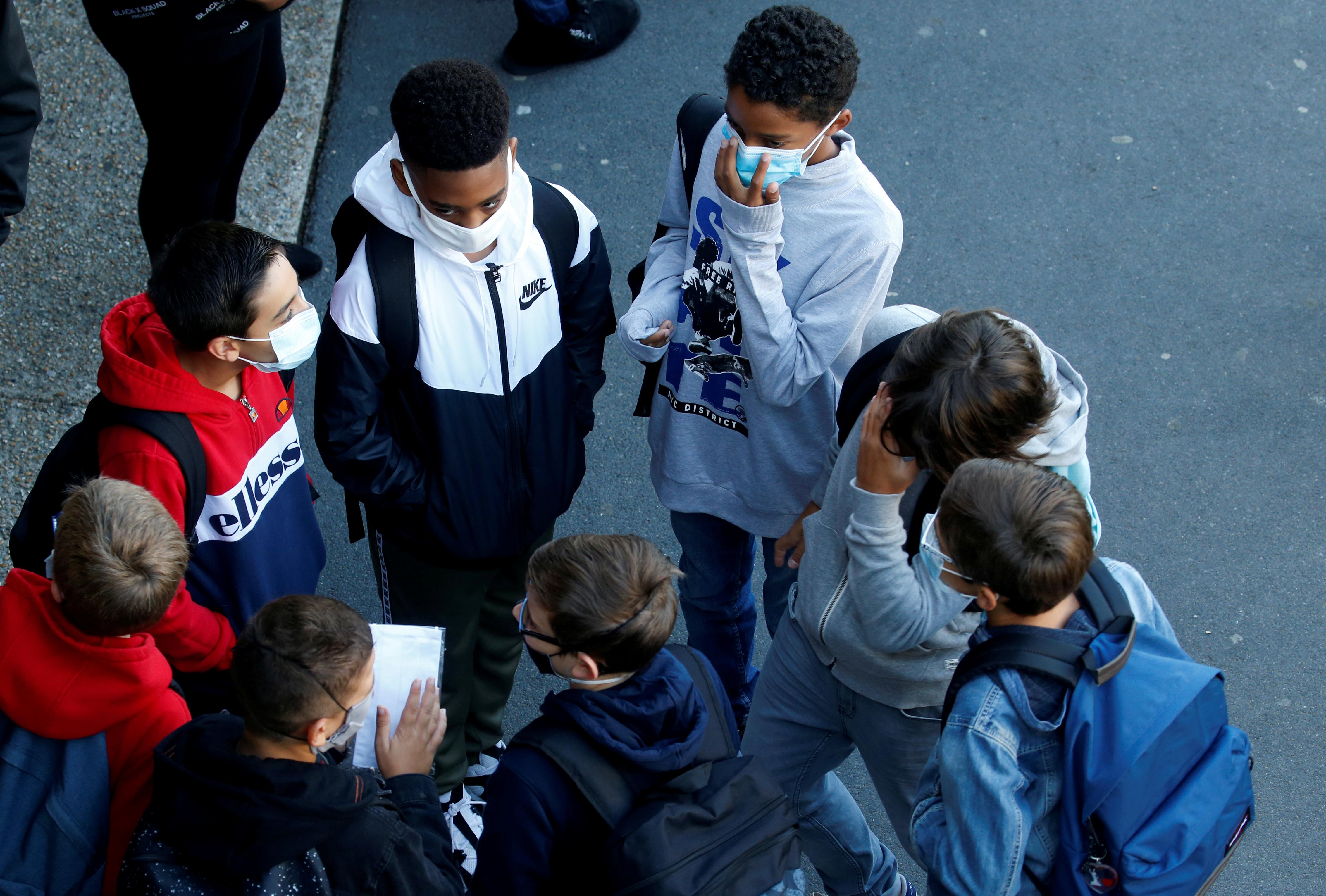 Hand cleansing stations, social distancing and staggered play time will become the new normal as countries across Europe seek ways to get children back into the classroom safely and their economies functioning once again.

But they do so at a time when infections rates are spiraling upwards across the continent and there are widespread concerns that the return to schools and offices, the autumn flu season and excess mortality in winter could drive a second wave.

In France, Spain and elsewhere, some parents and teachers’ unions have voiced concern at plans for reopening classrooms as the spread of the virus gathers renewed pace.

“I prefer her to be going to school,” Laure Gevaert said as she dropped off her daughter Emma at her junior high school in Saint-Leu-d’Esserent, north of Paris. “It’s not easy home-schooling, and I have to work too.”

Even so, the threat of a second wave was alarming, she said.

“If there are cases at the school, that will worry me. I won’t send her in.”

Countries are taking different approaches to minimize contagion in schools. Spain’s 17 regions are responsible for their own back-to-school plan, though they must follow national regulations such as mandatory masks for children over six.

At the Immaculate and St. Joseph of the Mountain center, a Catholic school in Ronda, southern Spain, staff were spacing out desks and preparing hand sanitizer posts.

“We’re doing everything we can,” said the school’s director, Mother Marta, dressed in a starched white habit and white mask.

“I’m not afraid of COVID of course, but I follow the restrictions,” Daniil Ivanenko, a 9th-grade student, told Reuters in western Moscow.

The French government said the crisis must not put citizens’ lives on hold, while British Prime Minister Boris Johnson said it was crucial schools in England re-open this week. Schools in Scotland reopened earlier this month, with face masks mandatory for secondary school students except in classroooms.

Johnson is under pressure to show he can oversee a full-time return to school after his Conservative government made a hash of how school-leavers would be graded for exams that were canceled during the lockdown.

But unions have complained of chaos caused by last minute changes and stressed the importance of a ‘Plan B’ should a second wave hit.

“You don’t need a crystal ball to see that local restrictions will be a feature of the autumn and winter,” said Paul Whiteman, general secretary of head teachers’ union NAHT.

At the height of coronavirus lockdowns globally in April, some 1.5 billion children were affected by school closures, according to UNESCO. School closures widened the inequality gap, experts have said.

The risk of coronavirus transmission within schools depends on what is happening in the local community as well as the safety measures put in place, according to epidemiologists.

Global data on the spread of the coronavirus pandemic shows that children and young people make up only 1-2% of cases of COVID-19 worldwide. Most reported infections in children are mild or asymptomatic, with few recorded deaths.

“Schools operate in communities, they don’t operate in isolation. So the big thing that we look for is what does transmission look like in the community where those schools operate,” World Health Organization epidemiologist Maria Van Kerkhove said Geneva.

Germany and Sweden may offer some reassurance.

In Germany, where schools have been reopening since early August, the proportion of coronavirus cases among Under 20s has remained stable. In Sweden, keeping schools open through the pandemic did not lead to higher infection rates among students compared with neighboring Finland, where schools temporarily closed.

“We want to see children returning to school and people returning to the workplace, but we want to see it done safely. At the same time, no country can just pretend the pandemic is over,” WHO director-general Tedros Adhanom Ghebreyesus said.