TAIPEI (Reuters) – Taiwan waded into the hotly contested politics of the Pacific on Wednesday, donating face masks and thermal cameras to its four diplomatic allies there to combat the coronavirus in a region where China is challenging traditional power the United States. 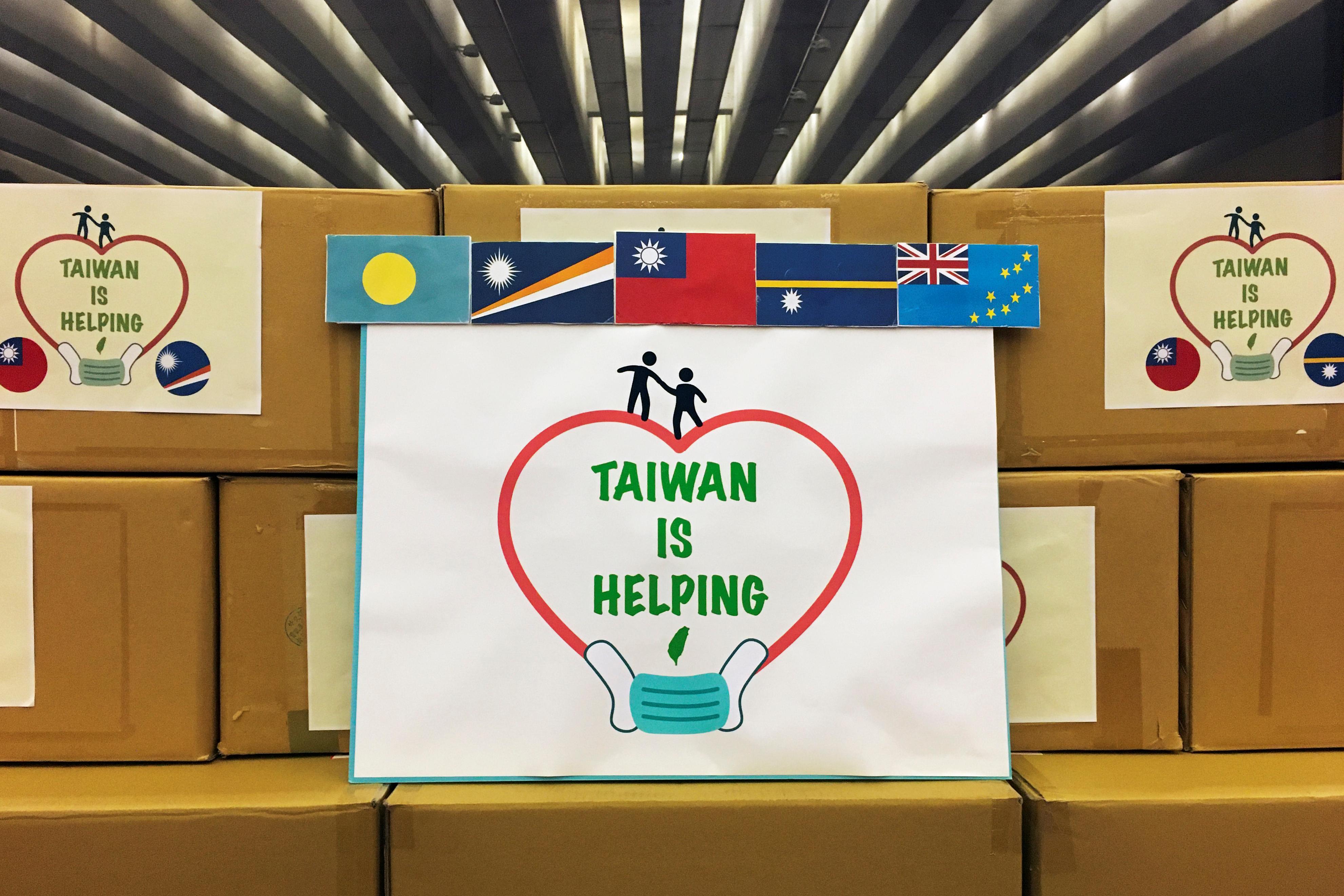 The small developing nations lie in the highly strategic waters of the Pacific, dominated since World War Two by the United States and its friends, who have been concerned over China’s moves to expand its footprint there.

Democratic Taiwan has faced intense pressure from China, which claims the island as its territory with no right to state-to-state ties, and is bent on wooing away its few allies.

Taiwan has only 15 formal allies left worldwide after losing two Pacific nations, the Solomon Islands and Kiribati, to China in September.

Beijing has ramped up its diplomatic push into the Pacific, pledging virus aid and medical advice.

In its own aid programme, Taiwan has donated 16 million masks to countries around the world.

“We are a very small country, so it’s easier for us to work with Taiwan than mainland China,” Neijon Edwards, the Marshall Islands ambassador to Taiwan, told Reuters at the donation ceremony in Taipei.

China has been too overbearing, she added.

“It’s pressing too much, and it’s been trying to come to the Marshall Islands, several times, but up to this time we haven’t even opened the door yet.”

While the masks presented at the ceremony are going to Taiwan’s Pacific allies, all its 15 global allies are sharing the thermal cameras.

“Today’s ceremony once again shows that Taiwan is taking concrete actions not only to safeguard the health of Taiwanese people but also to contribute to global efforts to contain COVID-19,” said Foreign Minister Joseph Wu.

Though Pacific Island states offer little economically to either China and Taiwan, their support is valued in global forums such as the United Nations and as China seeks to isolate Taiwan.

China has offered to help developing countries including those of the Pacific, and many see Chinese lending as the best bet to develop their economies.

The debt issue was a serious problem and would only lead to the spread of Chinese influence regionwide, said Jarden Kephas, the ambassador of Nauru.

“They will end up dominating or having a lot of say in those countries because of the amount of debt,” he told Reuters, wondering how the money could ever be repaid. “We are not rich countries.”