A big win for the opposition would likely end the longtime rule of President Bouterse, who was convicted of murder. 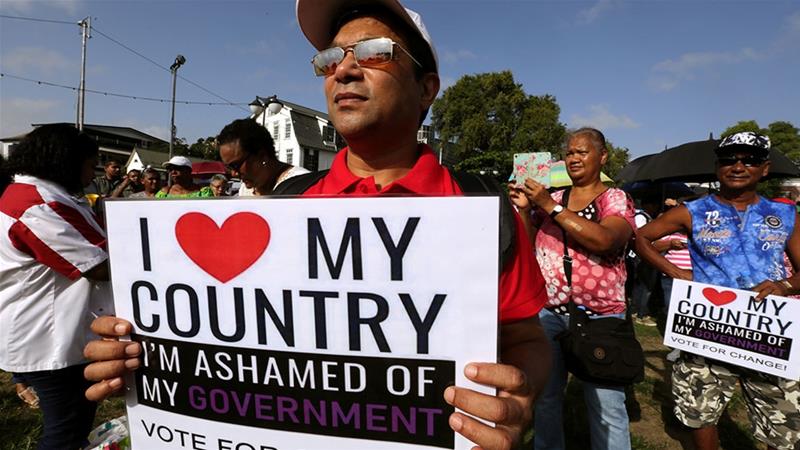 Suriname’s main opposition party is poised to win the country’s general election, preliminary results showed on Wednesday, an outcome likely to end the longtime rule of President Desi Bouterse, who was convicted months earlier of ordering the murder of political opponents.

Chan Santokhi’s Progressive Reform Party (VHP) was set to win 20 seats in the 51-member parliament which elects the president, ending Bouterse’s majority, according to results released by the interior ministry with more than 80 percent of the votes counted.

Bouterse’s National Democratic Party (NDP) was likely to win 16 seats following Monday’s polls – a collapse from its 26 seats in the outgoing parliament. The turnout was 72 percent.

Opposition parties have previously ruled out forming a coalition with the NDP.

Counting is still in progress in the ethnically-diverse oil and gold-exporting country of 600,000, which sits on the northeastern shoulder of South America.

An observer mission from the 15-nation Caribbean community CARICOM said it had not detected irregularities after opposition parties and civil organizations raised concern, and the count was twice suspended.

“We have not detected any evidence of fraudulent acts, but we have seen that the elections were well organised and transparent,” said mission chief Dora James.

Santokhi, a former justice minister and police commissioner, had been bullish before the election.

“I give you the guarantee that VHP will be the largest and we will govern and we will remove the NDP from power,” he said, buoyed by opinion poll predictions of victory.

However, Santokhi will likely need to form a coalition to govern.

The election went ahead despite the coronavirus pandemic, with authorities easing a strict curfew to allow voting to take place under social distancing guidelines.

The country has so far only had 11 confirmed cases and one death. A special polling station was set up at a Paramaribo hotel for 187 people in quarantine.

Bouterse’s party has ruled the former Dutch colony for 10 years, and campaigned on its record of increasing social welfare spending and healthcare, as well as several infrastructure projects.

The former military strongman ruled as a dictator from 1980 to 1987 and seized power briefly a second time in a bloodless coup in 1990. Bouterse was first elected president in 2010.

In November, he was sentenced to 20 years in prison by a military court for ordering executions during his first period in power, in 1982.

The 74-year-old was convicted of having 15 political opponents – including lawyers, journalists and businessmen – rounded up and executed. 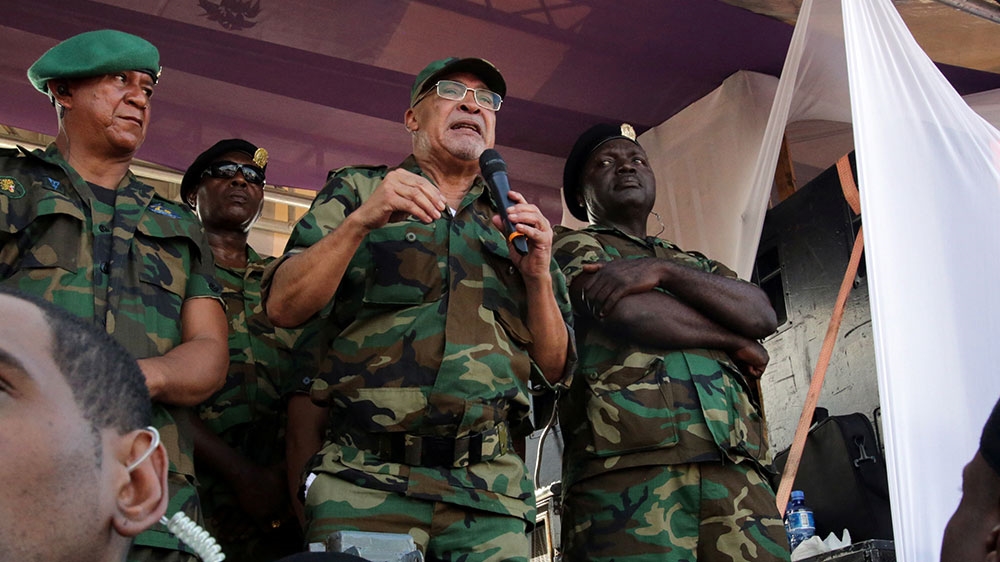 The incident, known as the “December killings”, was investigated by Santokhi in his previous roles as justice minister and police chief.

Bouterse appealed his conviction and the case was postponed until June due to the coronavirus pandemic.

The new president should be sworn in before August 13.

While a party or coalition needs only a simple majority to take control of the National Assembly, a president requires two-thirds of the votes to be elected.