Video released by the 71st Jaeger Brigade shows their sneak attacks on multiple Russian military positions. The footage shows the mass obliteration of Russia’s weapons and troops, some soldiers can be seen fleeing from a large wooded area in one clip. The clip shows Ukrainian militants locating and targetting Russian troops using BMP-3, BTR, and BMP-2 tanks, before their destruction.

The video shows Ukrainian troops zooming in and locating Russian targets before unleashing heavy artillery strikes on them.

Russian soldiers can be seen walking and driving alongside a Russian BMP-3 tank before the attack.

During the attack as they are hit with heavy artillery, Russian soldiers begin to flee from what appears to be a forest.

The targetted locations became quickly engulfed in clouds of thick grey smoke after the bombardments commenced. 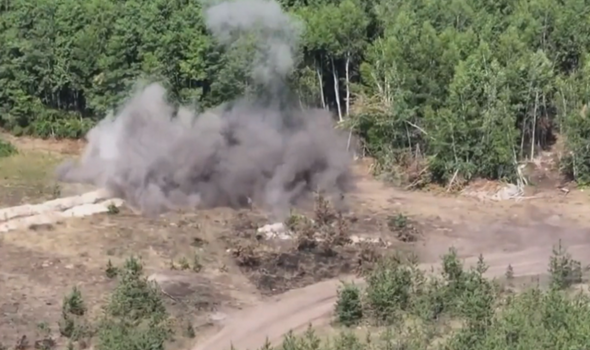 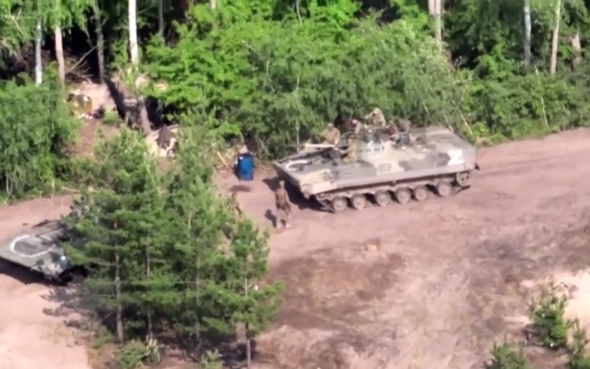 A published update on Russia’s military efforts in Ukraine on a Russian Telegram channel with 31,000 subscribers, claimed the arrival of Western-gifted HIMARS has been doing major damage to the Russian army.

They said: “There were Western arms supplies and intelligence assistance before – Stingers, Javelins, NLAW, Bayraktars, and M777 with Caesars and PzH-2000

“But all these were weapons that played a huge role in defensive battles, and had limited offensive capabilities.

“No matter how good the same Caesars and PzH-2000 were, they could not match the (5-10 times) superior firepower of the artillery of the Armed Forces of the Russian Federation – even if it is represented by the outdated ‘MSTS’ and frankly ancient ‘Acacias’.

“The battles in Severodonetsk and Lysychansk showed this. But HIMARS changed everything.”

Ukraine hoping to shift war balance bolstered by the west

Ukrainian Ministers have praised the West for sending weapons to Ukraine.

Ukrainian Defense Minister Oleksii Reznikov tweeted: “HIMARS have already made a HUUUGE difference on the battlefield.

“More of them as well as ammo & equipment will increase our strength and help to demilitarize the terrorist state.”

Users on Twitter have been reacting to the footage, with one user @DavidHi53897744 saying: “Surely the Russians are starting to run out of armoured vehicles.” 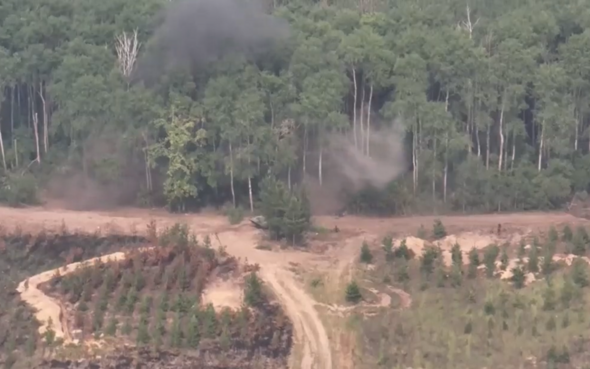 @AlixBrizet said: “Not yet, it’s going to be a long war. Slava Ukraine! Long live Ukraine!”

@Cheshirecat847 said: “Not possible to follow that, no idea what was hit if anything. The constant change of perspective and zooming in and out makes it impossible to understand.”