Storm Ellen is forecast to hit the UK tonight, bringing torrential rain and fierce winds to the UK and Ireland. Several warnings are in place, with Storm Ellen made up of remnants of Tropical Storm Kyle – which has merged with North Atlantic air masses.

The “decayed tropical cyclone” has been named by Met Eireann as Storm Ellen and is forecast to bring 70mph winds and torrential downpours tonight and into Thursday.

Met Office Chief Meteorologist, Steve Ramsdale said: “Following the recent hot and thundery weather we are seeing a significant change to very unsettled conditions for August with an unseasonal spell of strong winds associated with low-pressure centres for the second half of the week.

“Uncertainty remains high in the intensity of these systems at this point, but we are confident in the change to a spell of much windier weather.

“Tropical air associated with a decayed tropical cyclone is being drawn towards the UK, and the marked contrast between this warm and moist air with normal North Atlantic air masses can lead to a very vigorous system.” 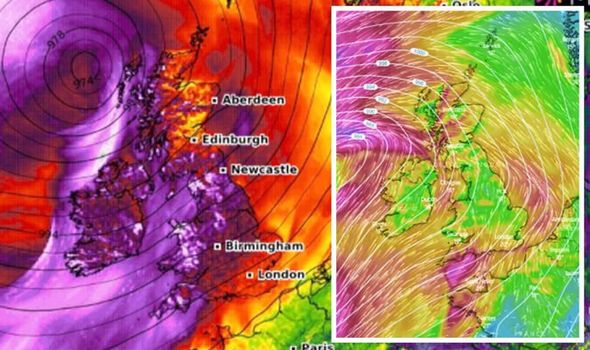 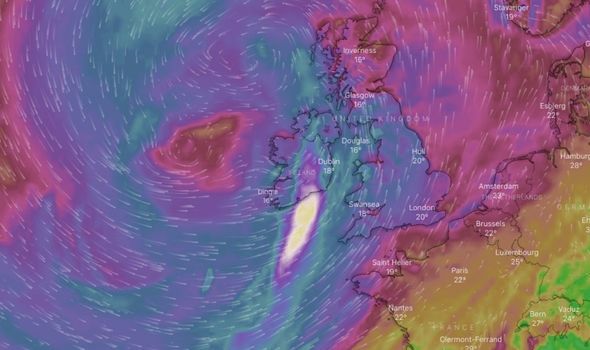 Where is Storm Ellen now?

Storm Ellen is tracking towards the UK and Ireland from the west and is an unseasonably strong extratropical cyclone.

The system will track from the Bay of Biscay towards Ireland and Northern Ireland, before impacting Wales and the South West of England. 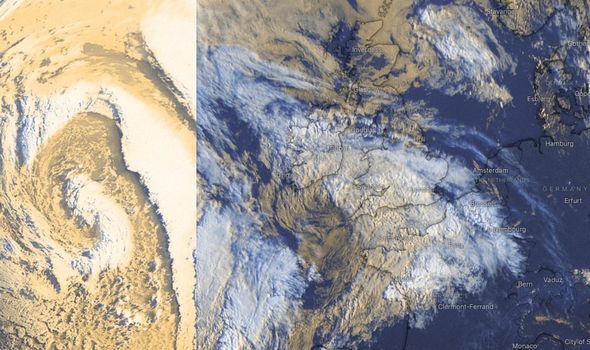 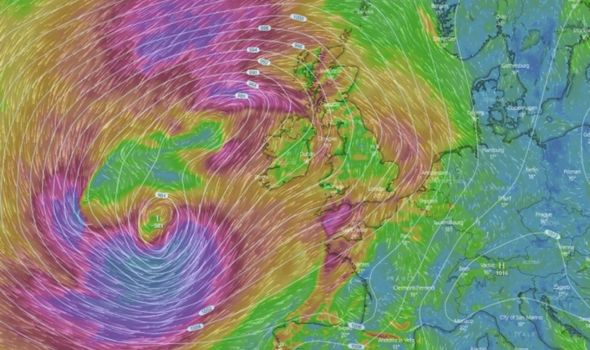 SWE adds conditions could be conducive to hurricane-force wind gusts in excess of 93mph across the warning areas.

Another concern according to SWE is tornadoes, due to “strongly enhanced low-level shear and helicity, which could contribute to tornado threat with any better-organized supercell storm within the eastern half of MDT/ENH risk areas.”

The forecasters warn this threat is particularly high across the southwestern England and Wales.

Deputy Chief Meteorologist, Matthew Lehnert said alongside the heavy rain, strong winds have the potential to cause impacts which are not typically seen in August.

He said: “With this spell of unsettled weather coinciding with trees in full leaf and a peak in the camping season, wind-related impacts are more likely at lower wind speeds compared to other times of the year, particularly across Northern Ireland where winds are forecast to be strongest.”

Met Office warnings for rain and wind are in place for today, as well as Met Eireann warnings for wind and rain.

The forecasters explain Storm Ellen will track over Ireland on Wednesday night and during Thursday bringing a period of severe and potentially damaging winds. 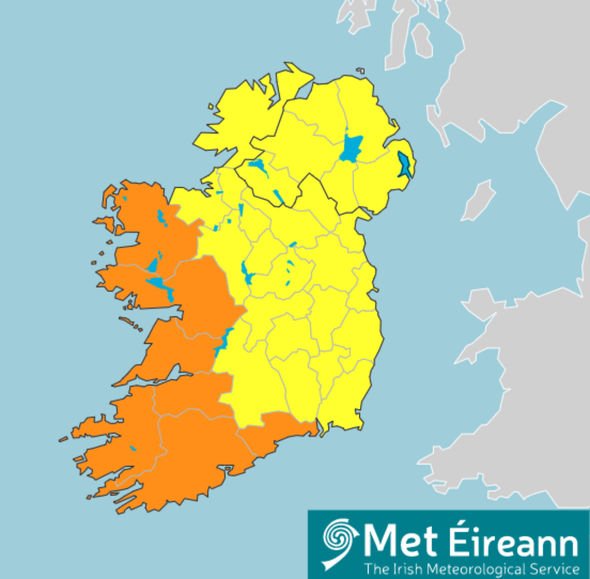 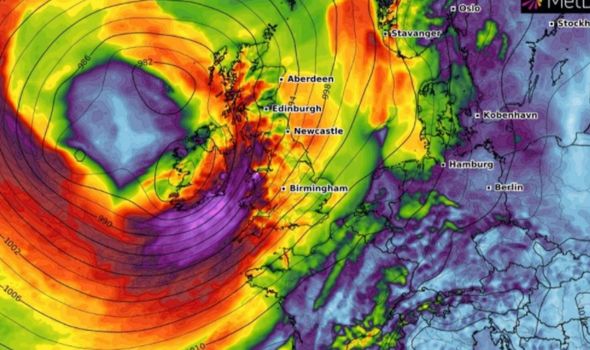 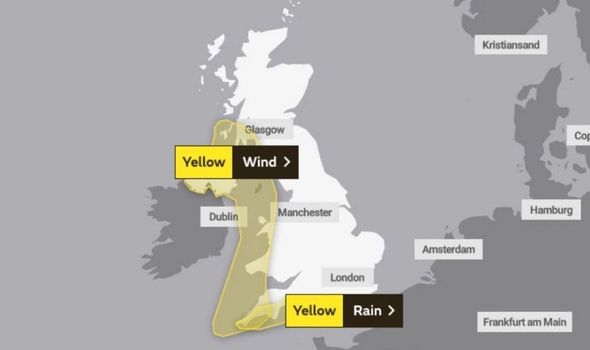 Associated heavy rain will also bring a risk of flooding, and due to the combination of storm surge, spring tides and onshore winds, there is a potential risk of coastal flooding.

Yellow weather warnings for wind are also in place for Northern Ireland, in particular for Antrim, Armagh, Down, Fermanagh, Tyrone and Derry.

The Met Office also warns heavy showers are expected to develop, with a yellow weather warning in place until 12pm today.

An area of rain will move north-eastwards through Wednesday morning, becoming heavy at times across more southern parts of Cornwall, Devon and Dorset.

The areas covered by the rain warning area are:

A further wind warning is also in place for parts of the UK, with up to 70mph possible according to forecasters.

This is for Northern Ireland, SW Scotland, Lothian Borders, Strathclyde and Wales from 8pm today until 11.59pm on Thursday.