BARCELONA/MADRID (Reuters) – Spain is flattening the curve showing the spread of the coronavirus in the country, the government said on Tuesday, one month into a strict lockdown, but some voiced alarm over the loosening of restrictions that began this week. 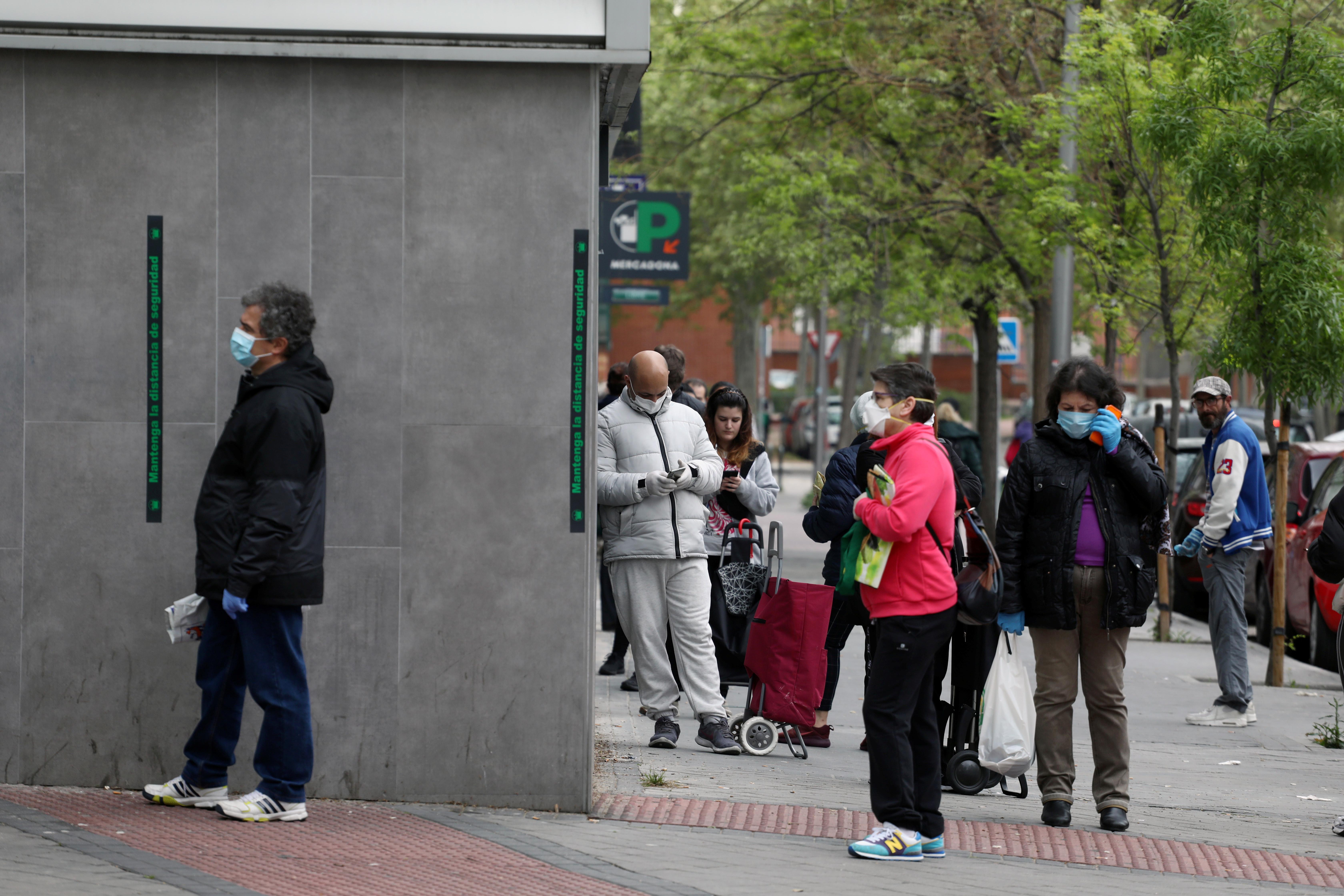 In an attempt to mitigate the economic impact of the COVID-19 pandemic, national authorities eased the terms of one of Europe’s most stringent lockdowns to allow some sectors like construction and manufacturing to resume work on Monday.

In Catalonia – with the second highest number of COVID-19 deaths after the capital Madrid – police stopped motorists in Barcelona to check documents specifying the reason for their journey. Workers must show certificates from their employers.

“I still find it quite hasty, this return (to work) – I see too many people today,” hospital employee Monica Pinzon said, stopping to speak in a Barcelona metro station where health staff distributed masks to commuters at ticket barriers.

Catalan leader Quim Torra on Sunday described the decision to restart some industrial sectors as irresponsible, and said this created an “enormous” risk of a second wave of coronavirus infections and a second lockdown.

Spain has seen one of the world’s worst COVID-19 outbreaks, with over 170,000 documented cases and over 18,000 deaths. The overnight death rate has dropped well below peak levels reached in early April, but nevertheless inched up again on Tuesday.

A lockdown banning residents from leaving home for all but the most essential activities has been credited with slowing the rate of deaths but come at a heavy cost, with around 900,000 jobs lost in the last two weeks of March alone.

For Roberto Aguayo, a 50-year-old Barcelona construction worker travelling on the metro, the restart of his sector came just in time. “We really needed it. Just when we were going to run out of food, we returned to work,” he said.

Shops, bars and public spaces in Spain will stay closed until at least April 26, and on Tuesday the health ministry reported the lowest increase in new cases – 3,045 – since March 18. The number of overnight deaths rose slightly to 567.

Unlike other countries in Europe, Spaniards are not allowed out of their houses for exercise and can only leave for essential activities like buying food. Children have been cooped up at home for a month.

The economic toll of the crisis will be huge. The International Monetary Fund forecasts an 8% economic slump this year in Spain, to be followed by a recovery in 2021.

Millions are turning to the government for relief.

On Tuesday, the Spanish government approved a one-month tax moratorium for the self-employed and small companies which it said would allow them to boost their short-term liquidity by around 3.6 billion euros ($3.95 billion).