Spanish authorities say all health resources must be put ‘at the service of one diagnostic strategy’. 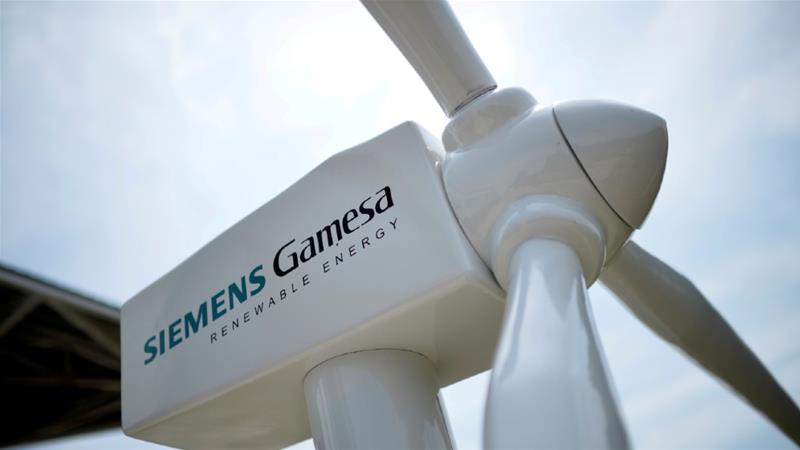 Spain’s health minister on Tuesday denied that authorities had requisitioned 2,000 antibody tests which a workers’ union said renewable energy firm Siemens Gamesa had expected to receive to check whether staff had been infected with the coronavirus.

The Spanish government has previously used its powers under a state of emergency imposed during the coronavirus pandemic to requisition masks and medical supplies from private companies.

Spanish workers are observing strict protocols to return to factories after a two-week clampdown to contain the spread of one of the worst national coronavirus outbreaks.

Asked during a news briefing whether authorities had taken tests bound for wind turbine manufacturer Siemens Gamesa, a subsidiary of the giant German conglomerate, Health Minister Salvador Illa said the Spanish government had “not requisitioned material from any company”.

The Health Ministry took control of private healthcare resources when Madrid declared a state of emergency on March 14, and said on Tuesday that companies must declare which tests they have at their disposal and what they plan to do with them.

Siemens Gamesa, which declined to comment, began testing some staff last week and had agreed to extend this to the whole workforce, but told employees who started returning to work on Monday that it would not be able to meet its original timetable.

“The company told us that the provider that was going to provide the tests at the optimum time did not have them, because the government requisitioned them,” Clara Fernandez, spokeswoman for labour union CCOO, said.

Illa said Tuesday’s order aimed to “ensure that all resources, clearly belonging to the public health system but also those of the private health system, are put at the service of one diagnostic strategy”, without providing any further explanation on the Siemens Gamesa case.

Fernandez said CCOO did not know the identity of the provider of the tests she said were bound for Siemens Gamesa.

Governments have touted antibody tests as a way to determine if people have developed immunity through exposure to the coronavirus, potentially allowing them to return to work and ease output-crushing lockdowns.

Spain reported its slowest overnight rate of increases in new cases in almost a month on Tuesday but its overall death toll remained the third-highest in the world at 18,056.

“We understand the health emergency we are in,” Fernandez said. “Will they do the tests? Yes. When? When they have them.”