SEOUL (Reuters) – South Korea on Sunday reported five new domestic cases of coronavirus, all linked to a cluster of cases centred around bars and nightclubs in the capital which has raised fears in the country of a fresh wave of contagion. 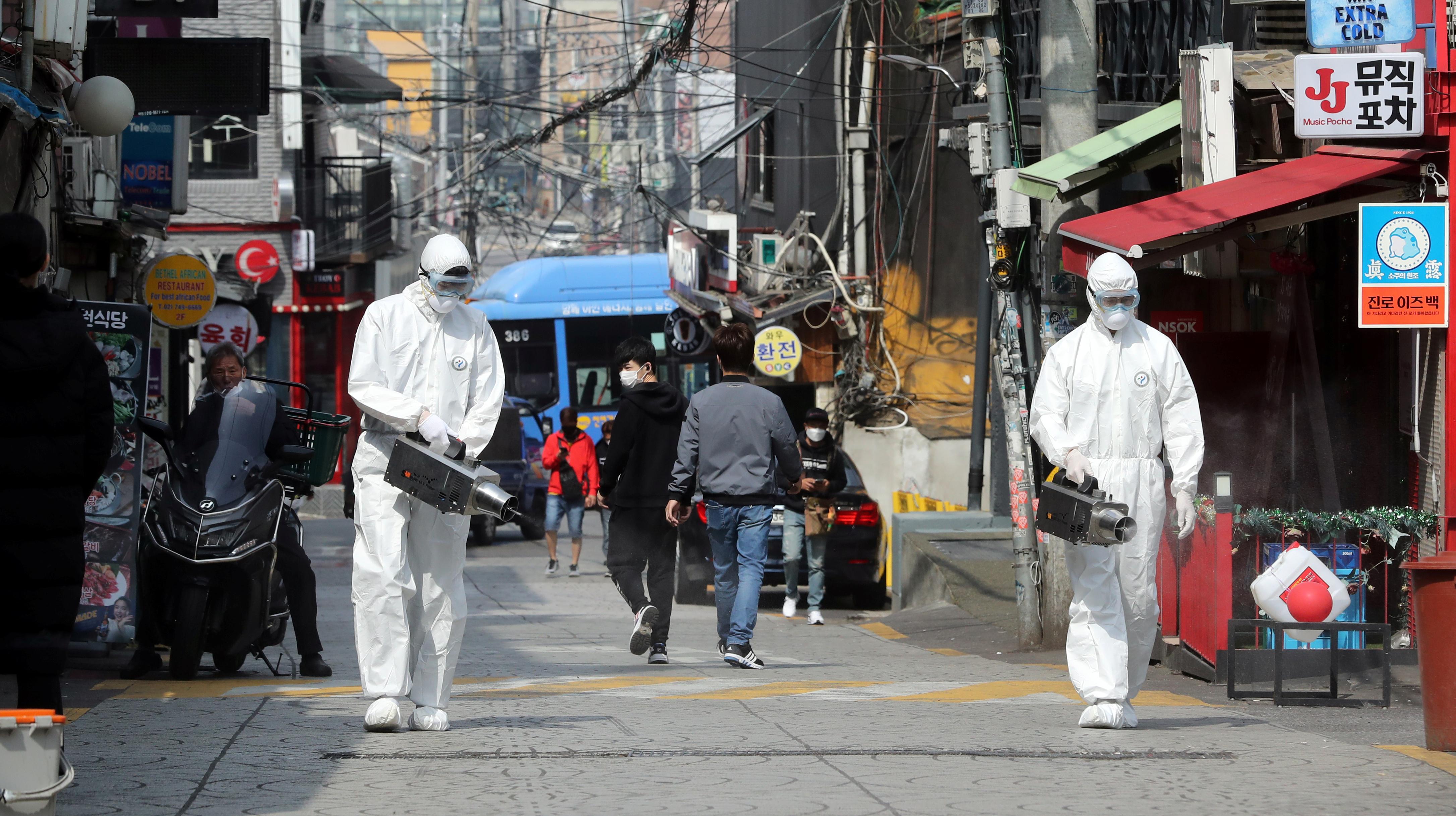 After weeks of nearly no new domestic coronavirus cases, South Korea relaxed its lockdown on May 6, but a subsequent spike in infections linked to Seoul’s Itaewon nightlife neighbourhood forced a rapid re-think.

The government has stood by its decision to ease broader restrictions by reopening offices, public facilities and sports centres, but some nightclubs and bars in the capital were ordered to close again, and authorities have also delayed the planned reopening of schools by a week.

South Korea reported 13 new cases as of midnight Saturday, bringing the country’s total to 11,050 with 263 deaths.

Of those new cases, five were linked to the outbreak from the night spots in Seoul, and seven were people with the infection entering South Korea from abroad.

It was the second consecutive day in single figures for new domestic cases since the latest scare erupted, but so far there have been 168 cases linked to the Itaewon cluster, including clubgoers as well as secondary infections in family members, coworkers, and students.

Director Jeong Eun-kyeong of Korea Centers for Disease Control and Prevention (KCDC) warned the clubgoers to stay in isolation as their incubation period hasn’t passed yet.

“Even if you have been tested negative, there still is a risk of infection during the incubation period. Please do get tested again if you have any symptoms,” said Jeong.

South Korean authorities confirmed that 6,800 out of about 9,000 bars and nightclubs nationwide were shut down on Saturday and 61,000 tests have been carried out linked to the Itaewon outbreak, Health Minister Park Neung-hoo told a briefing.

Park said schools will reopen in phases as planned, starting with high school seniors on Wednesday.

The education ministry will keep track of whether teachers or students have a fever using an online self-diagnostic system and anyone with a temperature over 37.5 degrees Celsius (99.5 degrees Fahrenheit) would be kept from attending school.

The ministry will partner with the National Fire Agency to transfer any students who develop symptoms at schools to local health clinics to get tested, Vice Minister of Education Park Baeg-beom told a briefing.