According to reports, a Beijing-controlled maritime militia made up of hundreds of boats and thousands of crew members is organised in a flotilla in the disputed South China Sea. Beijing denies the existence of the boats, calling them a “so-called maritime militia”.

The fleet has been dubbed China’s ‘Little Blue Men’, due to the colour of the hulls and in reference to Russia’s Little Green Men.

Western experts have said the militia forms part of Beijing’s efforts to exert territorial claims on the South China sea.

The experts claim the fleet could bring a Chinese military presence around disputed reefs and sea in a moment, which would be impossible to challenge without triggering a major confrontation.

The fleet is allegedly controlled by the People’s Liberation Army, but Beijing denies their existence. 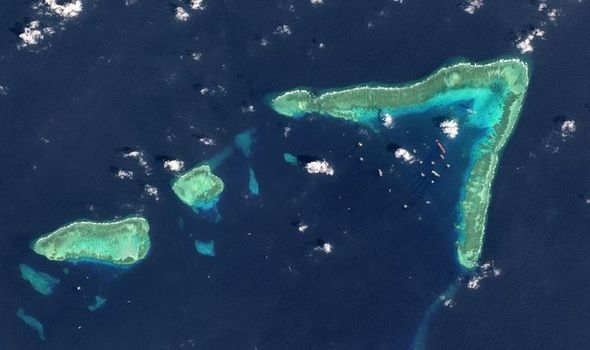 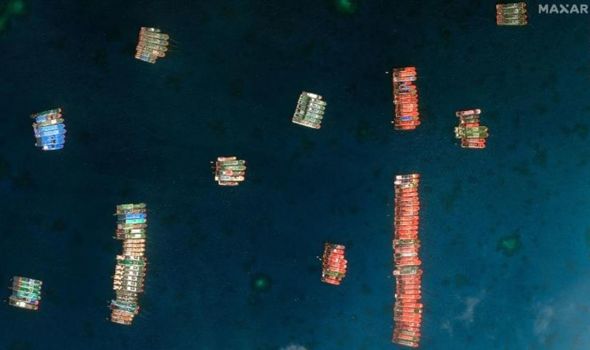 Analysts at the International Institute for Strategic Studies (IISS) in Singapore say they’ve never seen a Chinese operation of this size before.

The IISS said: “The Whitsun Reef incident is unprecedented in scale and notable for its duration: the largest numbers of Chinese fishing vessels gathered at any time at one Spratly reef, and staying there for several weeks.”

The Philippines called the boats a “swarming and threatening presence”. 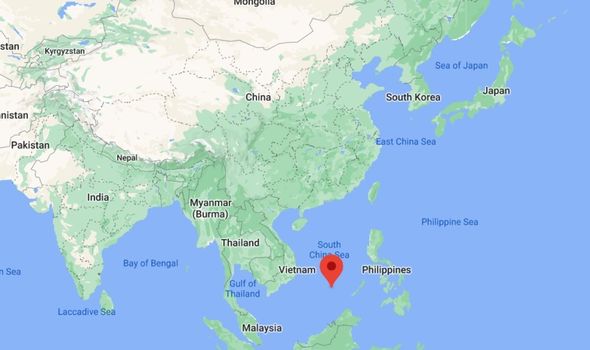 Manila demanded the Chinese boats leave the area, which it maintains is in an exclusive economic zone.

Foreign Ministry spokesperson Hua Chunying said: “Due to the maritime situation, some fishing boats have been taking shelter from the wind near Niu’e Jiao, which is quite normal.

“We hope relevant sides can view this in a rational light.”

The Chinese Embassy in Manila simply said: “There is no Chinese Maritime Militia as alleged.”

Despite these denials, there is little doubt in Western governments that the militia does exist.

The Pentagon refers to it as the People’s Armed Forces Maritime Militia (PAFMM).

“They have automatic weapons aboard and reinforced hulls, making them very dangerous at close range.

“Also, they have a top speed of around 18-22 knots, making them faster than 90 percent of the world’s fishing boats.” 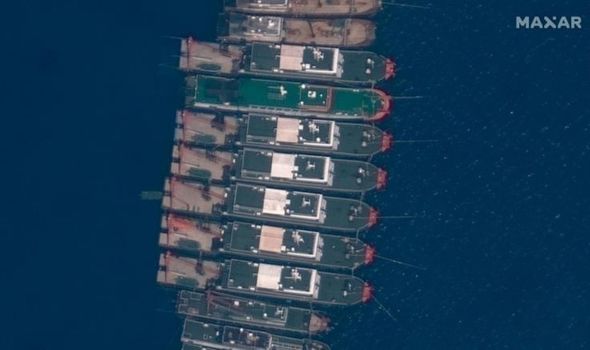 A report from the heads of the US Navy, Marines and Coast Guard said: “The Maritime Militia is used by Beijing ‘to subvert other nations’ sovereignty and enforce unlawful claims.”

Western experts say the purpose of the fleet is to allow China to make territorial claims in huge numbers without ever involving the People’s Liberation Army itself.

Jay Batongbacal, director of the Institute for Maritime Affairs at the University of the Philippines, commented on the Whitsun reef incident.

He said: “They are now essentially occupying Whitsun Reef by the mere presence of their vessels.

“That’s actually the objective of the Chinese strategy, to establish de facto control and dominance over the entire South China Sea through these incremental moves.”