The chief of the Sipekne’katik First Nation has ordered all Indigenous fishers out of the water on Friday amid continued tension and violence with non-Indigenous commercial fishers.

“The commercial fishermen are taking action into their own hands,” said Chief Michael Sack in a Facebook post on Friday. “A bunch of boats are on their way to haul our gear.”

He asked that all of his people stay off the water for the day.

The decision came after a planned meeting between Sack and Joel Comeau, president of Maritime Fisherman’s Union local 9, was called off on Friday after reports the non-Indigenous commercial fishermen were mobilizing to come and pull indigenous lobster traps.

In his Facebook post, Sack called for the RCMP and the Department of Fisheries and Oceans to act and keep everyone safe.

Non-Indigenous commercial fishermen have said they are opposed to a decision by the Sipekne’katik First Nation to start a self-regulated “moderate livelihood” fishery that has operated outside the federally regulated lobster season since mid-September.

While the 1999 Supreme Court of Canada Marshall decision affirmed treaty rights to fish or hunt for a “moderate livelihood,” it also allows Ottawa to set regulations in consultation with Indigenous communities and for the purpose of conservation.

The week has been dominated by violence and heated confrontations as members of the Sipekne’katik have attempted to continue exercising their treaty rights.

Tuesday saw two lobster facilities, one in New Edinburgh, N.S., and one Middle West Pubnico, N.S., swarmed and vandalized by crowds estimated to be as high as 200 people.

At the facility in New Edinburgh, the crowd removed and damaged video cameras then ransacked the lobster pound and storage facility where the lobster catch was to be housed.

Mi’kmaw fisherman Jason Marr and others were forced to take cover inside the lobster pound as the building’s windows were smashed out and Marr’s vehicle was damaged, he said.

“They vandalized (my van) and they were peeing on it, pouring things into the fuel tank, cutting electrical wires,” Marr told Global News by phone on Wednesday. He also claimed they smashed the windows of the van, and said he saw them kicking, punching and hitting it with objects.

Marr alleges the non-Indigenous fishers threatened to “burn” his group out of the building if they didn’t leave and allow them to seize the lobster catch.

“I thought they were gonna kill me,” the Mi’kmaw fisherman said.

Eventually, the group was forced to leave. Marr claims the non-Indigenous fishermen destroyed his catch, which he estimated was probably worth $40,000.

The non-Indigenous fishers allege the RCMP took a long time to respond and stood by or only intervened when physical harm appeared about to occur.

RCMP have disputed that characterization, with spokesperson Cpl. Andrew Joyce saying officers were looking to give a “measured response” and make sure that everyone got home safely.

Call for RCMP and Prime Minister to act

On Thursday, Sack shared a letter calling on the prime minister to do something in response to the inaction from RCMP.

The chief called for more law enforcement to be deployed to the area in order to keep his people safe.

“Members of my community, including myself, have been physically assaulted, harassed, intimidated and are victims of racism and violence by a mob of vigilantes that have sought to prevent the Rule of Law from operating as we exercise our Constitutionally enshrined Treaty right,” reads the letter.

Sack also announced that the Sipekne’katik First Nation plans to file civil lawsuits against any individuals, organizations or businesses that have infringed or attempted to prevent its members from exercising their treaty rights.

The visibly frustrated chief lambasted Prime Minister Justin Trudeau and Bernadette Jordan, minister of fisheries and oceans, for tweeting about the violence his people have suffered instead of taking action.

“Does Trudeau care about our people? Does he care about Indigenous people? He’s talked about it but I don’t see any action,” Sack said. 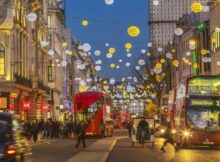 ‘Fantastic’ Christmas ahead if everyone gets their vaccines, says Sajid Javid 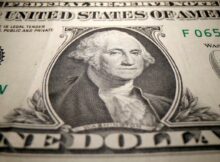 Dollar edges up, currency markets sluggish ahead of cbank meetings