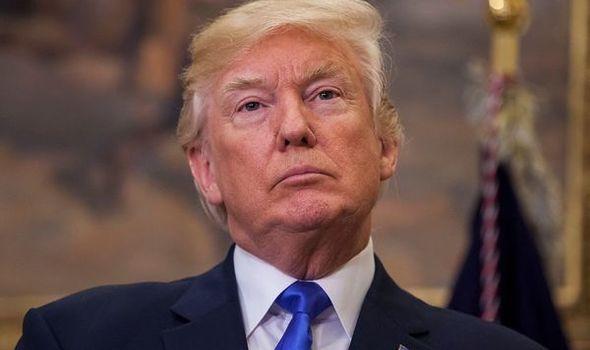 The former president took aim at Joe Biden for his handling of the crisis in a savage attack. Speaking on Fox News, Mr Trump expressed his condolences to the families of those who died in the Kabul attack which claimed the lives of 13 American personnel.

He said: “As one nation, America mourns the loss of our brave and brilliant service members in a savage and barbaric terrorist attack in Afghanistan.

“These noble American warriors laid down their lives in the line of duty. They sacrifice themselves for the country they loved, racing against time to save their fellow citizens from harm’s way.

“They died as American heroes and our nation will honour their memory forever.

“I want to express my deepest condolences to the families of those we have lost. All Americans grieve alongside you.

“Together we also pray that God will heal the other courageous American service members who were wounded in this heinous attack.

“In addition, our hearts are with the families of all the innocent civilians who died and with the many men, women and children who were terribly injured in this act of evil.

“I hope every American will join me in continuing to pray for the safe return of US citizens and soldiers from Afghanistan in the coming days.”