WUHAN, China (Reuters) – Lockdowns are slowly being lifted in the Chinese city of Wuhan, the epicentre of the coronavirus pandemic, but not fast enough for some residents, eager to get back to shopping for their own fresh groceries after weeks of living on delivered supplies. 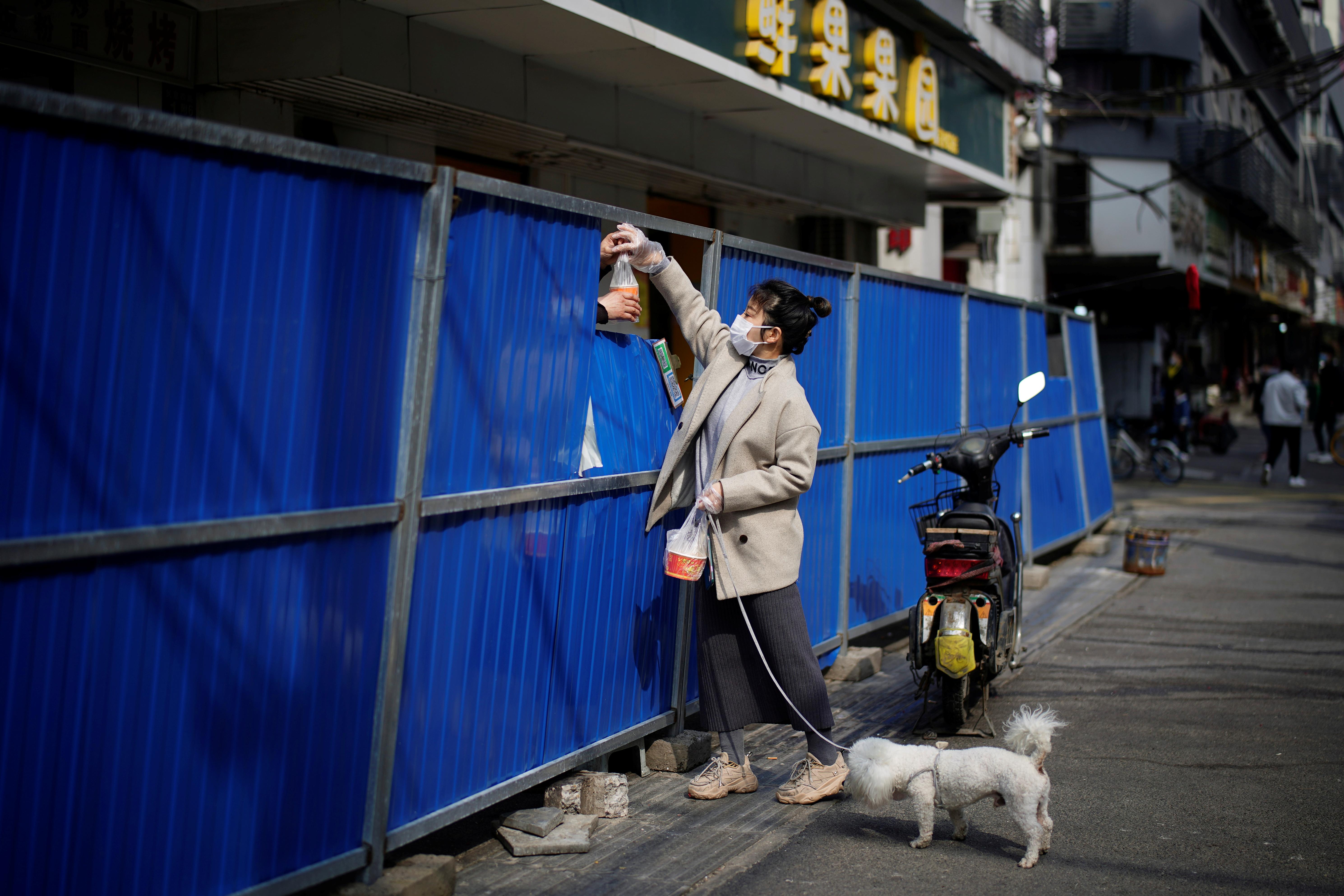 Neighbourhoods in the city are still shut off by two-metre-tall plastic walls, set up early in the crisis to enforce social distancing and isolate communities. They also made residents wholly reliant on online deliveries.

In one neighbourhood, residents and traders are now doing business over the barriers.

Shoppers stood on chairs on Wednesday to get a glimpse of the goods on sale on the other side, shouting down to vendors to check on prices, and then used payment apps on their mobile phones rather than risk grubby cash, to pick up groceries.

“It’s safer for us to sell behind these barricades,” the owner of a pork stall said.

White-board signs hung up on the barriers told shoppers what was for sale on the other side. Most listed vegetables, rice, oil and meat but one promised crayfish, a local delicacy.

Some supermarkets also reopened on Wednesday, with one attracting a long line of shoppers – everyone spaced 1.5 metres apart – that snaked around blocks.

Some people wore raincoats or shower caps to ward off the virus. All wore masks and all seemed happy to finish with online shopping and delivered supplies.

“It wasn’t fresh,” said one 68-year-old man who gave his surname as Dong as he stood in the queue, referring to the groceries dropped off at his home by volunteers during the lockdown. “They didn’t look good, didn’t taste nice.”

“If we go to the supermarket ourselves we’ll have more choice.”

Wuhan is preparing to lift its lockdown on April 8, when people in the city will be allowed to leave for the first time since Jan. 23.