Dylan Nacass, 23, was surfing at Bells Beach in Torquay, about an hour and half’s drive from Melbourne, when he was attacked on Friday. The young Frenchman was paddling on his board, when he realised a shark was tailing him. As he desperately tried to get away, the shark launched itself, sinking its razor-sharp teeth into his leg.

Mr Nacass survived his life and death battle by punching the fearsome creature in its face two times, forcing the shark to retreat.

He suffered just minor lacerations to his leg, which required stitches.

The brave French tourist told Nine News: “I punched him one time, he stays in my legs, two times after, he go.”

Mr Nacass’ screams alerted the attention of a local surfer, who raised when he saw the shark’s fin. 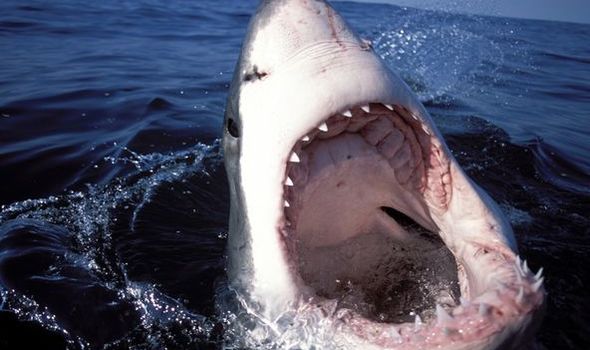 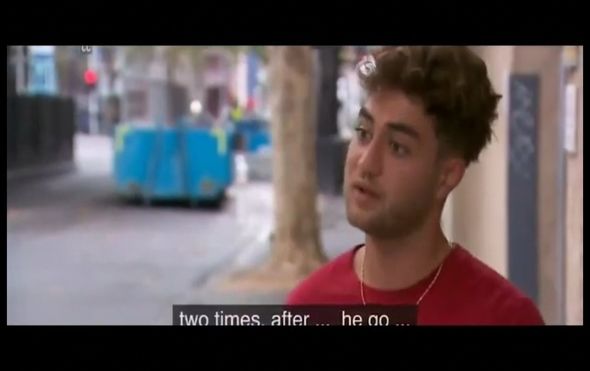 Matthew Sedunary told Nine News that he initially had no idea that Mr Nacass was in serious trouble.

He said: “At first I just thought he was having a laugh with his mates, then I saw the fin.”

He added that he “wasn’t going to ditch him” and that “most people would do the same thing”.

The dramatic events were captured on video by a friend of Mr Sedunary, who was filming from a nearby lookout at the world-famous surf break.

JUST IN: Sharks soon to be spotted in UK waters due to rise in sea temperatures 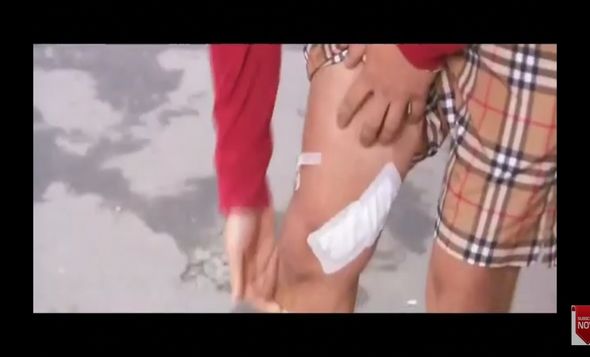 Graham Blade said: “I actually saw it pop up behind him and knew it was real.”

Mr Nacass has not let his terrifying ordeal deter him from going surfing again, saying he will hit the surf again as soon as his leg heals. 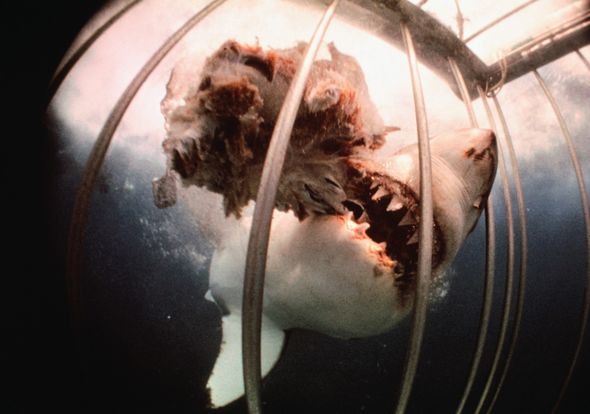 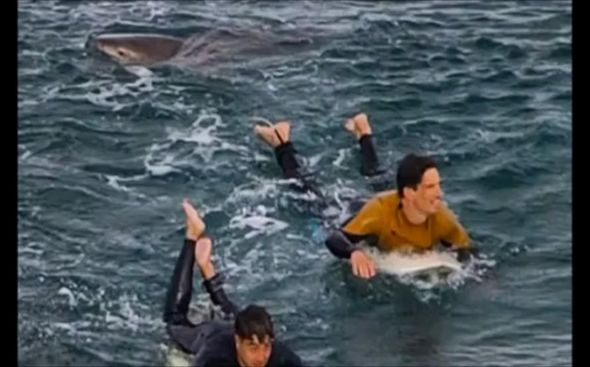 Australia has one of the world’s highest incidences of shark attacks, but fatalities are rare.

There were 27 maulings but no fatalities off Australia last year, according to data from Sydney’s Taronga Zoo.

This latest incident follows on from another shark attack that occurred in New Zealand in February.

Nick Minogue was surfing in the sea on New Zealand’s Coromandel Peninsula, when he decided to paddle back to the shore, some 300 meters away.

The 60-year-old surfer suddenly felt a bang to the left side of his body and seconds later felt jaws clamp down on the front of his surf board.

He told none.com.au: “I’d been out for about two hours and was waiting just for a wave in and bang it hit me on the side of the arm on the elbow. 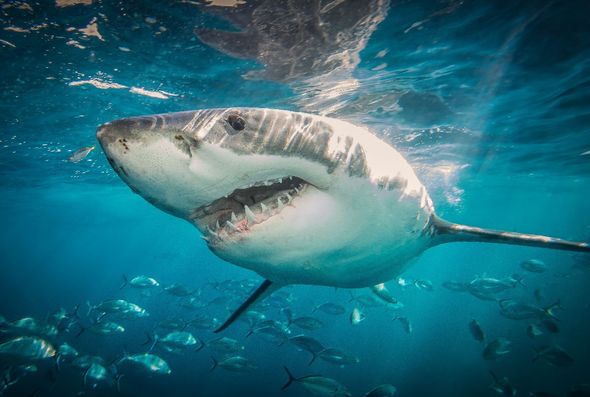 “All this water came up as well as a big shark’s head.”

He added: “I pulled my fist back and I yelled (expletives) for it to go away.

“My first punch landed 10cm behind the eye. I pulled my fist back and got it direct hit.

“I was just fixated on the eye looking back. I didn’t want to punch anywhere near its teeth.”